After Hours: Mildenhall hotel a good place for an elegant night out, but as a habit it can hurt the wallet 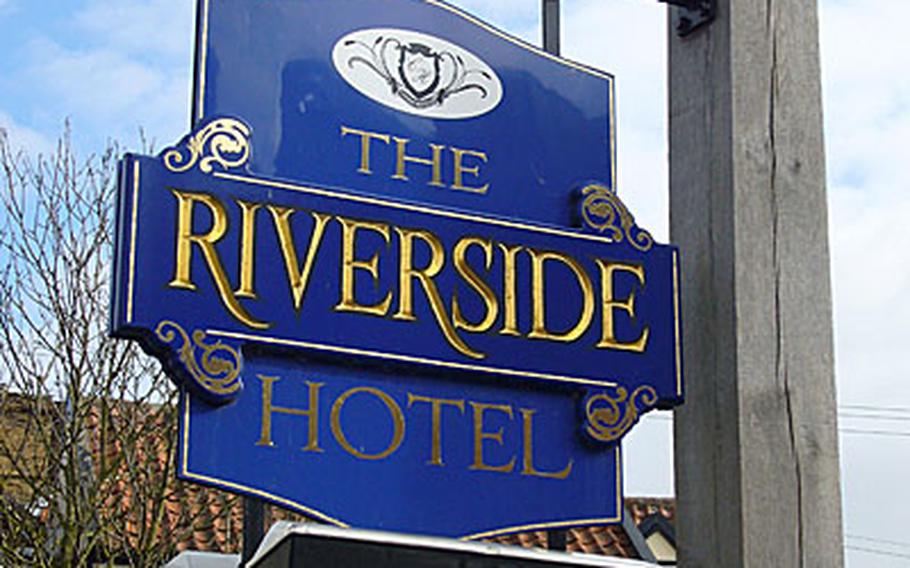 The Riverside Hotel in Mildenhall is a popular place for wedding dinners and is known for its fillet of beef. (Sean Kimmons / S&S)

The Riverside Hotel in Mildenhall is a popular place for wedding dinners and is known for its fillet of beef. (Sean Kimmons / S&S) 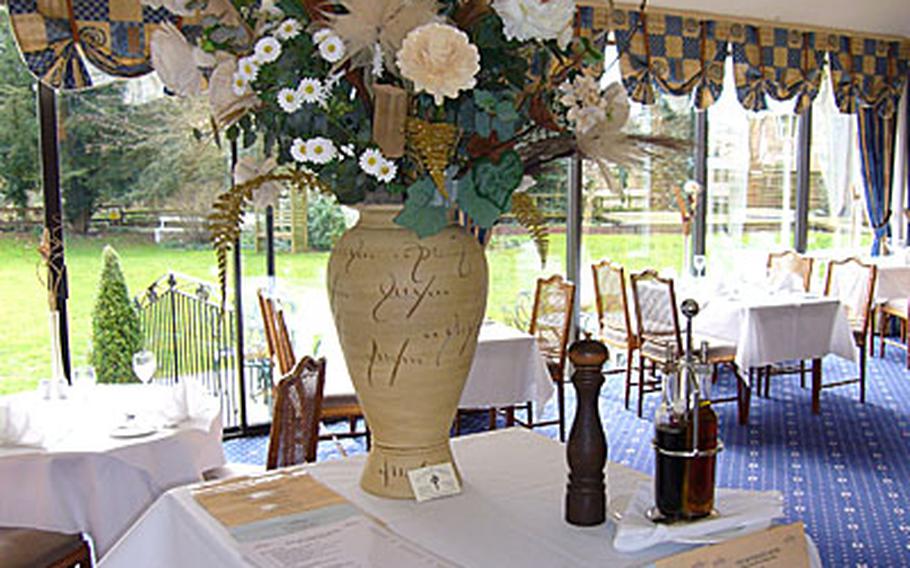 An elegant bouquet of flowers helps set the mood for diners at The Riverside Hotel in Mildenhall. (Sean Kimmons / S&S) 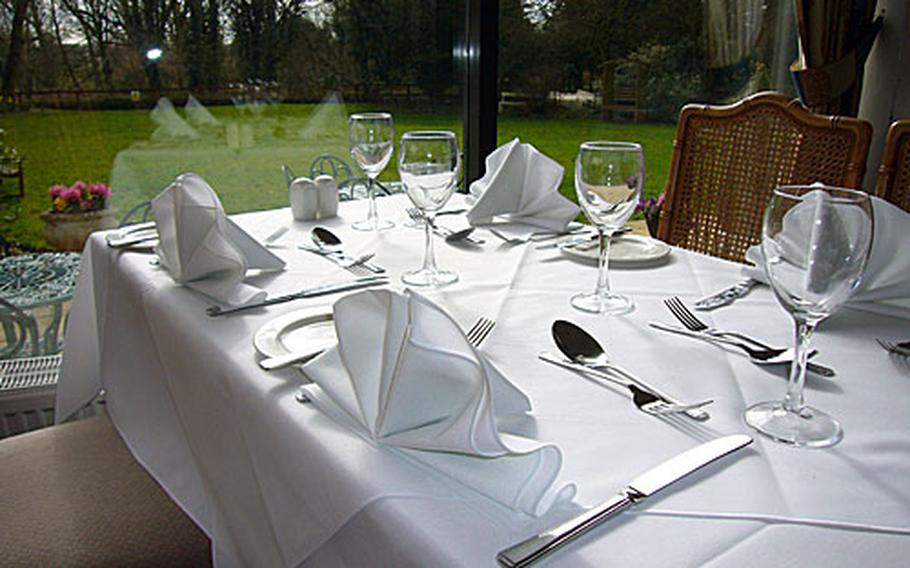 An attractive table setting is provided to those who dine at The Riverside Hotel&#39;s restaurant. A view of the hotel&#39;s grassy lawn and the River Lark is seen in the background. (Sean Kimmons / S&S)

MILDENHALL &#8212; Some diners prefer a touch of elegance when they venture out for a meal &#8212; complete with two forks and neatly folded napkins.

The Riverside Hotel in this Suffolk town fits the bill.

The three-star hotel boasts a restaurant &#8212; with seating for more than 50 diners &#8212; that overlooks the hotel&#8217;s back lawn and the River Lark. In the warmer months, a terrace opens up, allowing diners to soak up the outside ambience as they dig into their meals.

King said he mainly uses local produce and game for his meals, and the restaurant dishes out a three-course carvery on Sundays.

Since the restaurant lavishes its diners with attractive settings and fresh products, it&#8217;s no surprise that it has a pricey menu. Dinner items range from 11.95 to 15.95 pounds, with starters at around 5 pounds. One popular item currently on the menu is the filet of beef, King said.

The pan-fried filet comes with a mustard croute (a dish baked in pastry) that is topped with oyster mushrooms and served with a Madeira sauce for 15.95 pounds.

Lunch items, such as a steak sandwich, haddock, salad, burger and pasta meals, run from 5.95 to 9.95 pounds.

Following a meal, diners can relax in a cozy bar next to the restaurant. The bar has an inviting atmosphere with comfortable seating and a fireplace. An extensive wine list as well as a regular selection of beer and spirits are available. There also are choices of coffee and tea.

The hotel is preparing for the summer wedding season. The hotel plays host to more than 40 wedding parties each year, on top of other dinner events, said Alex Bloomfield, general manager of the hotel.

There is no an extra charge to hold a dinner event at the hotel, but a set menu would have to be provided, Bloomfield said. Set menus can start at 8.95 pounds all the way up to 22 pounds for a three-course meal, he said.

Food: The hotel&#8217;s restaurant has a pricey menu of meals, mostly made from local produce and game.

Drinks: A bar with comfortable seating and a fireplace offers an extensive wine selection, beer and spirits, plus a variety of coffee and tea.

Entertainment: The restaurant plays host to numerous dinner events. Patrons can call 01638 717274 to reserve the restaurant for an event. There are no special nights, such as karaoke or quiz night.

Clientele: Hotel guests, locals and Americans from the nearby air bases.