After Hours: Making most of its surroundings 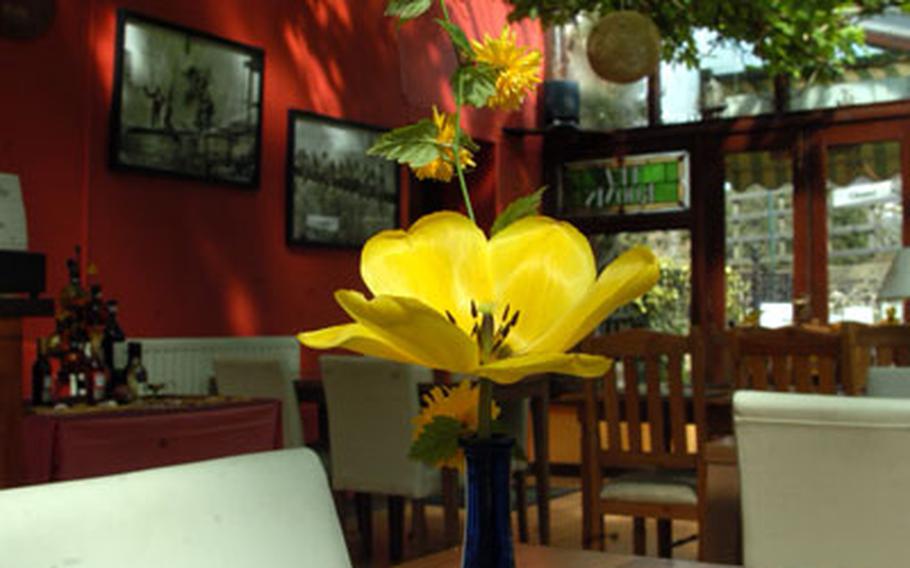 A small flower adorns one of the tables inside the Riverside Restaurant in Brandon. Fresh grapevines can also be seen draped across the ceiling. (Sean Kimmons / S&S)

A small flower adorns one of the tables inside the Riverside Restaurant in Brandon. Fresh grapevines can also be seen draped across the ceiling. (Sean Kimmons / S&S) 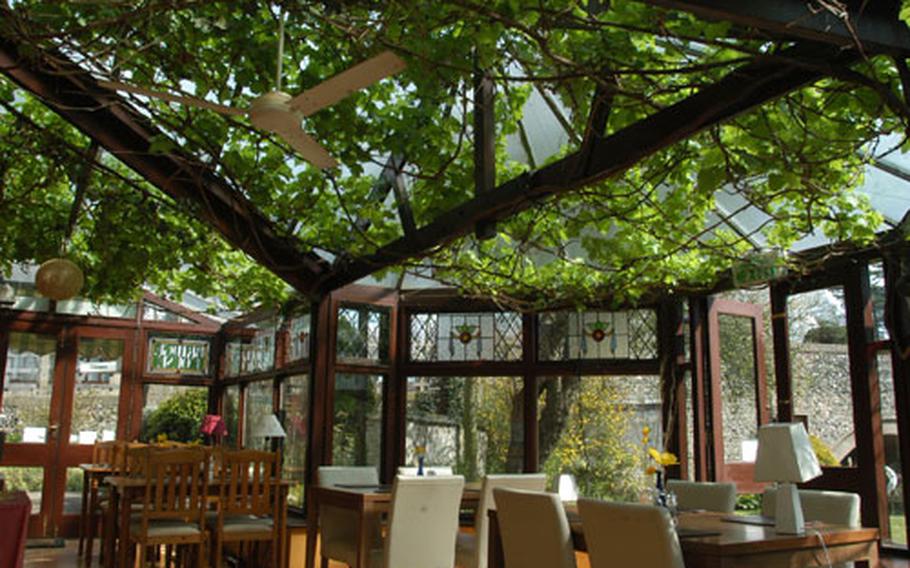 Fresh grapevines dominate the ceiling of the Bridge House Hotel&#39;s Riverside Restaurant. This summer the restaurant will use the grapes to make ploughman dishes. (Sean Kimmons / S&S) 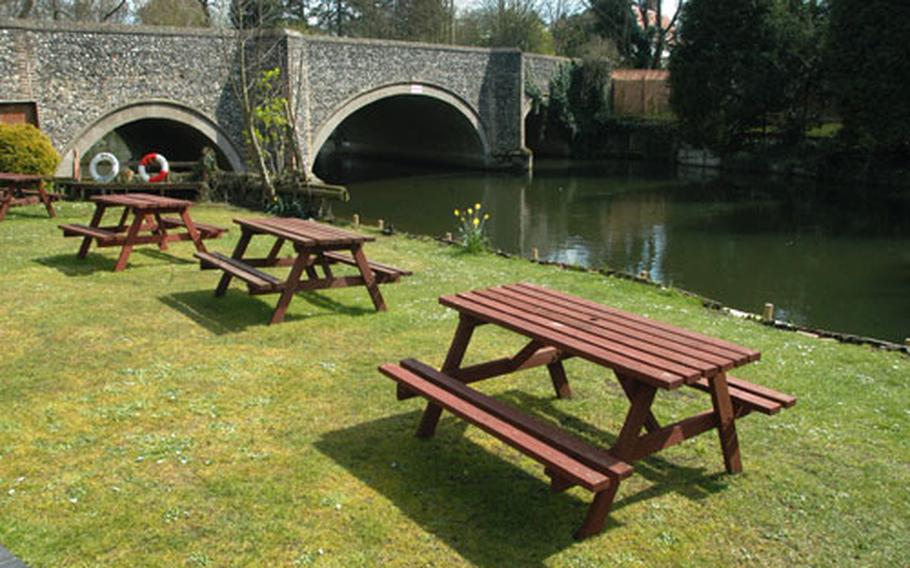 These picnic tables will be full of patrons when the warmer weather reaches the Riverside Restaurant in Brandon. (Sean Kimmons / S&S)

BRANDON &#8212; Fresh grapevines adorned the ceiling of the Bridge House Hotel&#8217;s conservatory, which has been transformed into a tiny restaurant overlooking the Little Ouse River.

The vines in the hotel&#8217;s Riverside Restaurant are sprouting grape buds that will be ready for picking this summer. But before they drop on the heads of unsuspecting customers, restaurant workers will gather them and use the grapes for ploughman appetizers with cheese, baguette bread and pickles.

Until then, the elevated fruit brings a touch of Tuscan atmosphere to this English/Italian restaurant.

Head chef JP Caruana claims the restaurant dishes out better food than the pub grub found at nearby establishments.

Caruana, who trained under Italian chefs in his homeland of Malta, said that his dishes use fresh ingredients from produce and meats bought locally. Currently, the most popular dish he prepares is Chicken Roma, a chicken pasta entr&#233;e with mushrooms and parmesan cheese in a creamy sauce, he said.

The restaurant also has Sunday meat roasts starting at less than 8 pounds with fresh vegetables and Yorkshire pudding topped with gravy.

Caruana only began working at the Riverside this month, so the menu is still a work in progress. He plans to add extra pasta, chicken, beef and lamb dishes in the near future.

Besides food, the place&#8217;s serene locale is also part of the experience. And with warmer weather around the corner, patrons are invited to eat out in the sun on picnic tables a few feet from the slow-moving river.

There are even plans to rent out rowboats at the hotel&#8217;s small wooden dock. If it does happen, boat hire will run at about 6 pounds an hour. Patrons can also bring food from the restaurant on their relaxing boat trips.

Those who choose to do so, be wary of the greedy swans and ducks that prowl the waterway in search of food. They can be very sneaky in making your lunch their own.