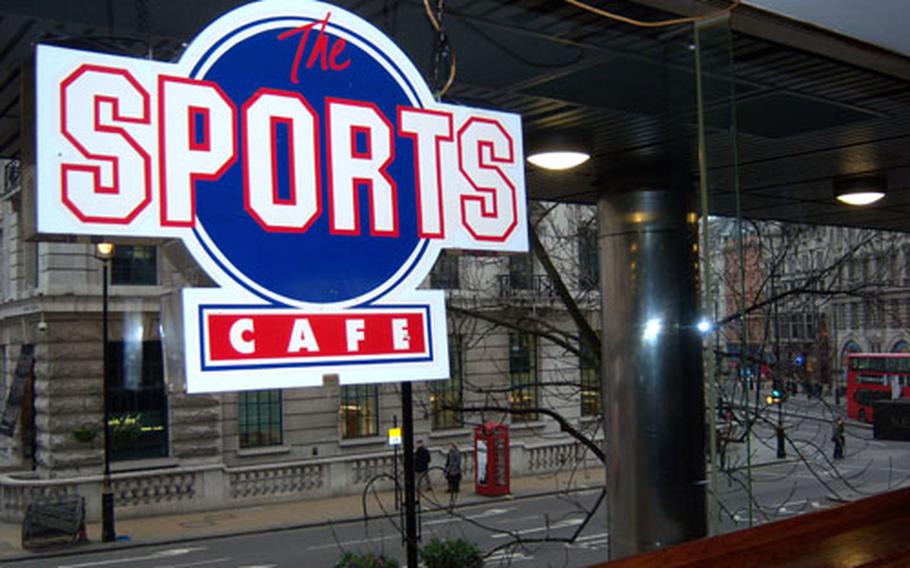 This is the view from the second floor of The Sports Cafe in London, which offers televised American sports such as NFL football, golf and basketball. (Bryan Mitchell / S&S)

This is the view from the second floor of The Sports Cafe in London, which offers televised American sports such as NFL football, golf and basketball. (Bryan Mitchell / S&S) 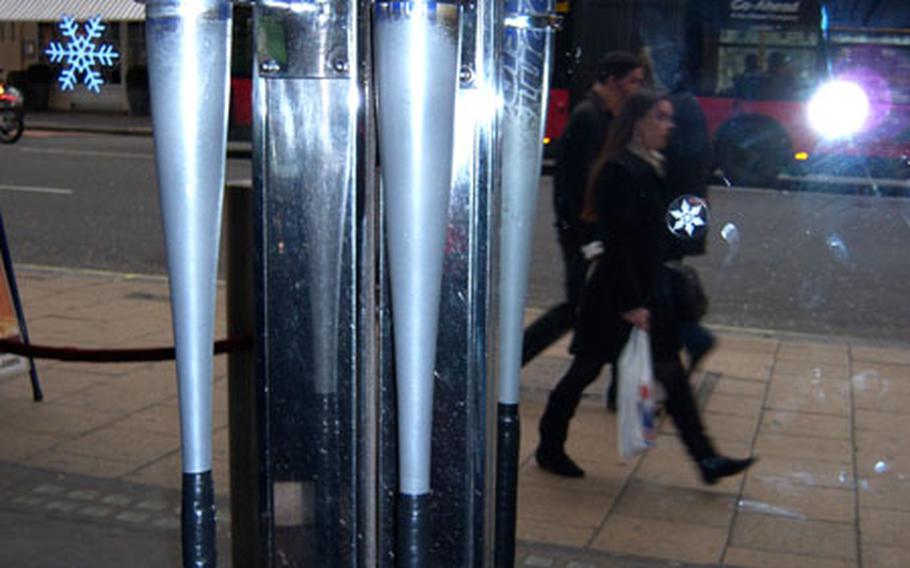 Aluminum baseball bats serve as door handles for the main entrance of The Sports Cafe in London. (Bryan Mitchell / S&S) 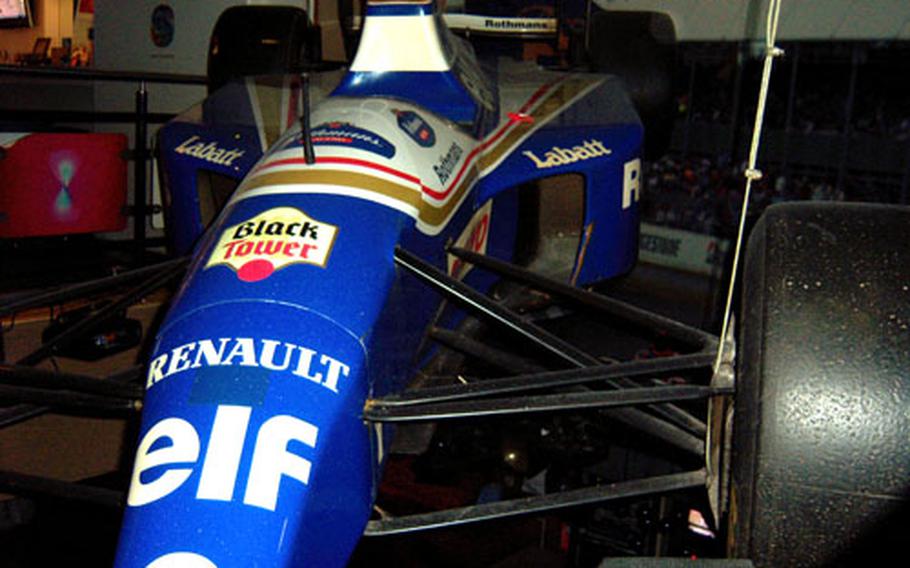 A mock Indy car hangs from the roof above the second-floor dining area. (Bryan Mitchell / S&S)

LONDON &#8212; The NFL playoffs and the Super Bowl. The NCAA tournament and the Final Four. The Masters golf event. There are enough high-profile sporting events in the coming months to whet any fan&#8217;s appetite.

And if you want to view all the action from somewhere other than your living room or the confines of the Galaxy or Liberty clubs, there&#8217;s a unique option here in the capital.

Just around the corner from the city&#8217;s heart in Trafalgar Square &#8212; and in the building where former Vietnamese leader Ho Chi Minh once worked at a now-defunct hotel &#8212; sits The Sports Caf&#233;.

The Sports Caf&#233; is a touch of home. It pipes in the latest and greatest in live sporting action from familiar American broadcasters like ESPN, CBS and the Fox Network as well as the British standbys like the British Broadcasting Corp., Sky and Setanta. That means you can watch Southeastern Conference basketball action on one television while Manchester United battles a Premiership foe on another.

It may be a stretch for airmen stationed in sleepy Suffolk, but The Sports Caf&#233; offers Big Wednesday deals that include 2 pound ($4) spirits with a single shot, 2 pound pints and 2-for-1 on hamburgers and hot dogs starting at 10 p.m.

At that point, you&#8217;d best be spending the night in Westminster or risk adding your name to the brown driving-under-the-influence signs at the base gate.

There are eight pool tables upstairs, which is also adorned with a full-size mock Indy racing car as well as enough memorabilia to make you wonder if Joe Montana or Don Mattingly is around the corner signing autographs.

Even the menu offers a bit of Americana with items like the Yankee Cheese Steak, the Cajun BLT, BBQ ribs and some cheesecake for dessert. As always, prices in pounds means a lunch for two may run you close to $50 when you figure in drinks, but that seems to be the standing price for dining in the shadow of Lord Nelson&#8217;s Column.

On weekend nights, the games keep rolling. But the Sports Caf&#233; doubles as a dance club when an entire section of tables is cleared out and the parquet floor squeaks with the sound of drunken dancers rather than hustling waitresses.

If you&#8217;re traveling across the United Kingdom and want to catch the big game on the road, there are eight locations nationwide in nearly all of Britain&#8217;s biggest cities. Check the Web site for location information.

Clientele: A mix of expatriates and Brits savvy enough to fancy the NFL

Service: Can be a bit slow when busy, but not worth alerting the manager.