After Hours: Locked, loaded and ready to eat 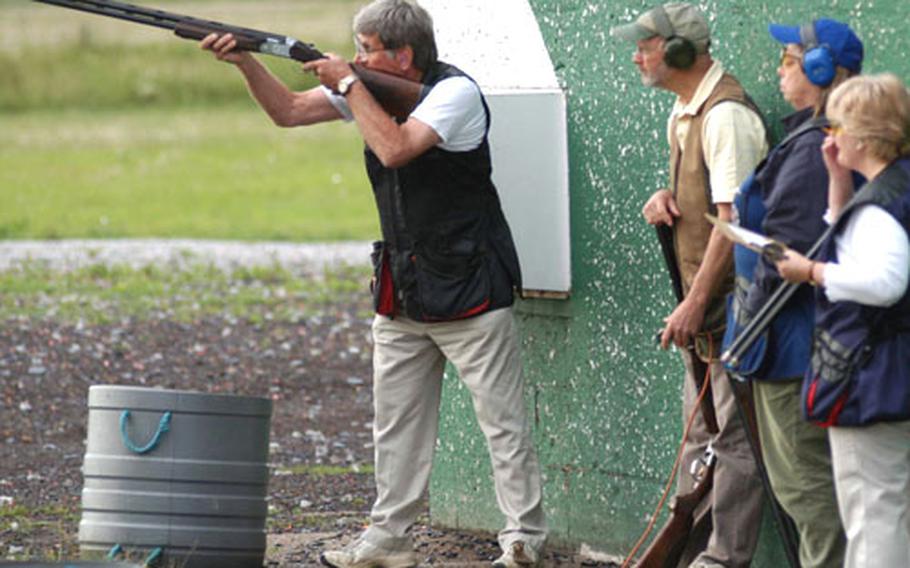 ERISWELL &#8212; It&#8217;s that classic list of ingredients that many people look for in the perfect eating experience: fast service, hot food, ample seating and the sound of constant gunfire.

Maybe you&#8217;re just back from a particularly harrowing deployment and can&#8217;t choke down a meal without the accompanying pop of firearms. Perhaps no steak dinner tastes right without the aroma of burning gunpowder, or your appetite is hard to trigger without a clear shout of the word &#8220;Pull!&#8221;

For all these contingencies and more, the Lakenheath Country Club and Clay Target Centre has got you covered &#8212; by the muzzles of dozens of loaded shotguns.

Every Wednesday night, the popular shooting center across the street from the front gate of RAF Lakenheath keeps the grill open late for a midweek dining and shooting special, where people can come in, blast some clays with a 12-gauge and then top off with a steak and ale pie.

It&#8217;s the only night of the week the center serves food in the evening, and for the uninitiated in the target-shooting world, it&#8217;s an amusing little combo. Where else can you sit down for a hamburger and watch people nearby blaze away at flying targets?

For those interested in a Wednesday evening diversion there are two ways to enjoy the Country Club: as a participant or a spectator.

For those with a registered shotgun and license, there is a semi-formal tournament shooters can enter with two divisions, one for beginners and one for the regulars who rarely miss a &#8220;bird.&#8221; By law, the club cannot rent shotguns out to anyone, so you have to bring your own.

The cost for a round of 25 clays for nonmembers is 22 pounds, and those interested can enter the tournament by signing up for a score card, said Janet Bloomfield, who organizes the competition.

But shooting skeet is not a requirement to visit the restaurant at the club, where diners can pick from a small menu of hamburgers, steaks and a couple of specials, most recently the steak pie with potatoes and gravy or quiche Lorraine with salad.

That the food counter is normally referred to as the &#8220;snack bar&#8221; is evident when the meals arrive, however. Though the pie special looks appetizing, the 4.50-pound ribeye sandwich shows up as a flat, wet sheath of gray meat on a bun accompanied only by a couple of tomato wedges and leaves of lettuce with all the crispiness of damp newspaper.

It&#8217;s almost a shame to mention, because the cook is so friendly and accommodating (and fast), but your local golf course or bowling alley would likely out-compete the club kitchen for quality and variety.

The unique ambience, however, provides a different twist on your cheeseburger with curly fries. After shooting hours, the dining room doubles as the seating area for Usher&#8217;s, the pole and lap dancing club, and the outdoor tables are right next to a skeet range, allowing unrestricted views of shooters popping away at targets, which can be mesmerizing to watch.

The grill opens for dinner at 6 p.m., the staff is overwhelmingly friendly, and for those interested in a quick, cheap meal in a slightly different setting, the Lakenheath Country Club can provide.

Drinks: Canned sodas, water and bottled beverages, plus the bar, with a full range of England&#8217;s favorite beers

Ambience: Low-key country club atmosphere with friendly shooters and plenty of advice from skeet enthusiasts. One lone TV has the sports on screen above the bar.