After Hours:Lloyds No. 1 could be sort of fun 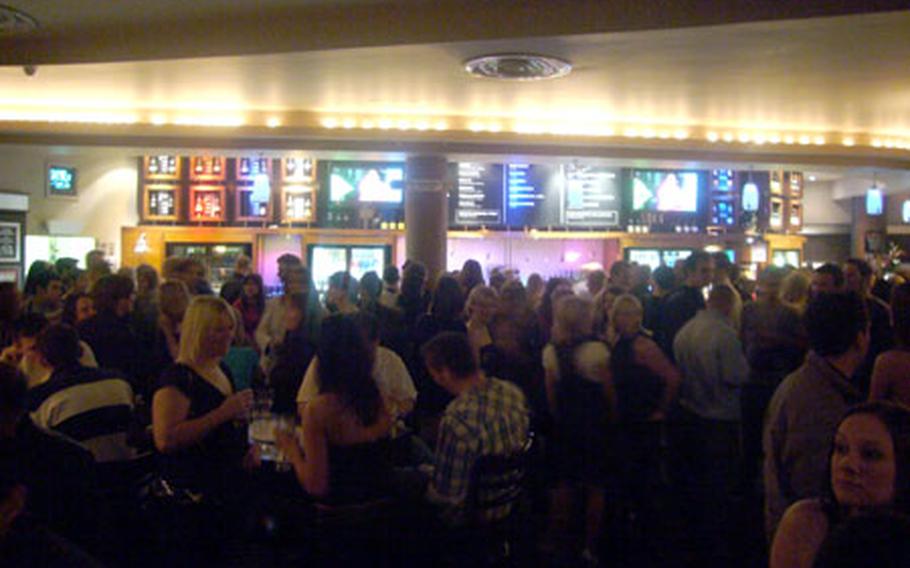 NORWICH &#8212; Blaring music mixed with loud conversations from partygoers enjoying themselves was the protocol on a recent Friday night at the Lloyds No. 1 Bar in this Norfolk city.

The bar, along the River Wensum, is one of many nightlife venues inside the city&#8217;s Riverside District. The district was littered with partygoers as I followed a few of them into this newer looking venue.

Once inside, the bar opened up with its high ceiling and spacious ground floor. It was inching toward 11 p.m. and there was plenty of seating available, yet the bartenders were still having trouble with the demands of those trying to get their buzz on.

I finally got the attention of one of the scrambling bartenders behind a long bar that offered up the usual suspects of draft and bottled beer and spirits.

I ordered a couple glasses of red wine to break up the monotony of beer that my friend and I started the night with. We found a table near groups of people and tried to start up a conversation with one. The bar had a friendly atmosphere, but sometimes it felt like it was more for cliques rather than outsiders.

The bar was in need of more people to fill up the other tables around us. Also, some brave individuals needed to step up and hit the empty dance floor. I&#8217;m not one of those types who needs to be on the dance floor first, but once people migrate to it, I&#8217;ll follow.

I guess on a positive note, the bar was dark throughout, which always helps the opposite sex look more attractive following a few drinks compared to a fully lit establishment. In addition, the bathroom was clean and stylish, probably even good enough for posh drinkers who need to take care of their business.

About 30 minutes later we decided to leave the trendy bar. As we began to walk out, it seemed as if my hopes would become a reality as more and more people began to enter the bar. Unfortunately, we had our sights on another bar nearby and we left before seeing how the night would pan out.

Food: Moderately priced British cuisine, including deli sandwiches, an all-day brunch, fish and chips, and steaks. The most expensive meal is about 7 pounds. There also is an ongoing hamburger special that includes a drink for about 4 pounds.

Drinks: The usual suspects of beer and spirits, plus wine.

Hours: Open from 9 a.m. to midnight Sundays through Thursdays, and 9 a.m. to 1 a.m. Fridays and Saturdays.