La Tasca is located on Bridge Street in the heart of Cambridge. (Bryan Mitchell / S&S)

La Tasca is located on Bridge Street in the heart of Cambridge. (Bryan Mitchell / S&S) 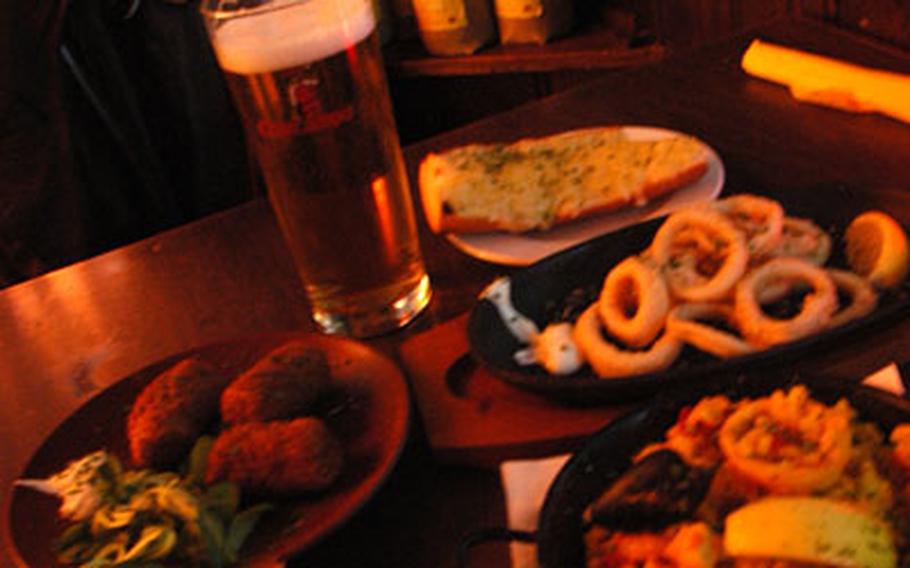 A table of tapas and a Spanish brew at La Tasca in Cambridge. (Bryan Mitchell / S&S) 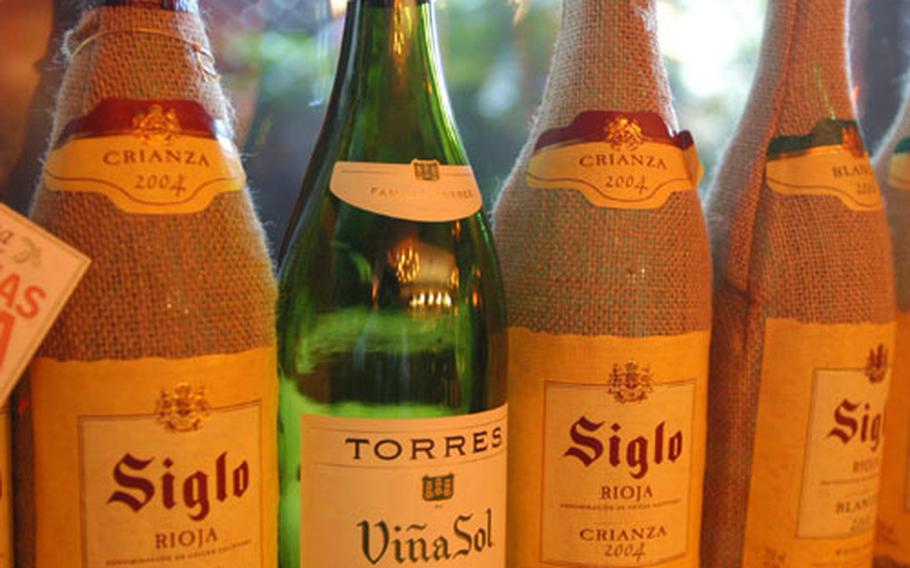 CAMBRIDGE &#8212; The patatas bravas come like they sound: steaming hot with a hint of a kick. The calamares Andalusia are served deep-fried alongside a subtle, but snappy, white sauce. The paella Valenciana mixes bite-size sea candy in the form of prawns and mussels with steamed sweet yellow rice.

And they&#8217;re all served on tea-cup-sized plates mere minutes after an order.

They&#8217;re tapas &#8212; the delightful Spanish mainstay that has made a name for itself in cooler climes as a fashionable but practical way to import a bit of the siesta lifestyle.

So much so that La Tasca, a chain restaurant with locations across the United Kingdom, has become nearly as popular around dinner time in East Anglia as the ubiquitous Indian curry shop.

Tapas started in medieval Spain when people would place a tiny piece of bread with either cheese or ham on top of their wine glasses to keep the flies out of the drink. The snack became synonymous with drinking wine and soon caught on as a staple of the Spanish diet.

Over time the tapa has evolved from the simple bread-and-cheese combo to include just about any food imaginable, packed in smaller portions normally served in groups of at least two or three.

It&#8217;s a place that requires visiting in a group. That&#8217;s the tastiest way to order a table full of different tapas to share. Start with some pan fresco, a little chorizo and top it off with some seafood medleys.

And the beer is Spanish, too. Cruzcampo and San Miguel flow by the pint.

The restaurant is located on Bridge Street in the heart of Cambridge&#8217;s teeming city center. It&#8217;s a few blocks from the picturesque Trinity College and only a few minutes&#8217; walk farther to the Lion Yard and Grafton Center shopping plazas.

Stroll in for an afternoon snack for two or gather with a gaggle of friends for a table full of Spanish delicacies served steaming, small and quick.

Clientele: In the center of Cambridge. Expect plenty of students, professors and suits.