After Hours: Juno Bar and Restaurant — Walls of Fury 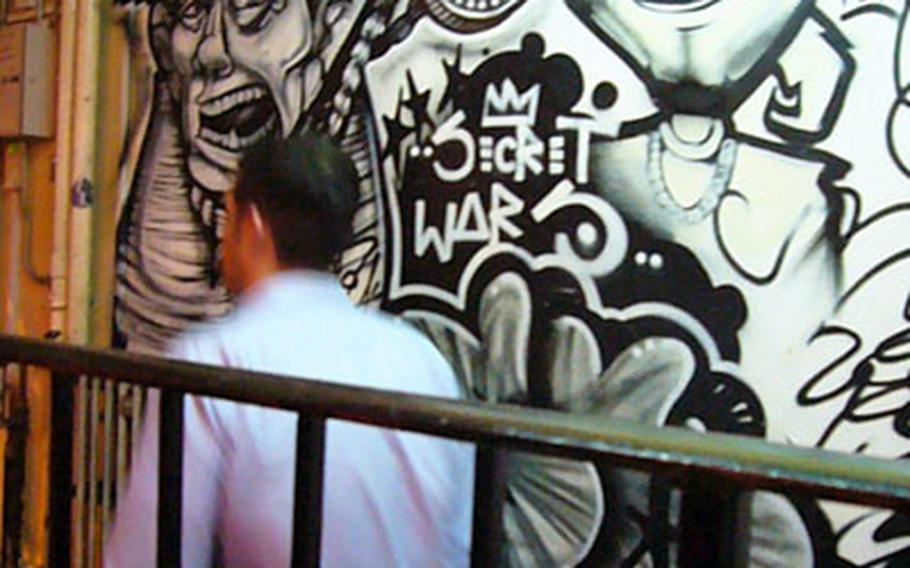 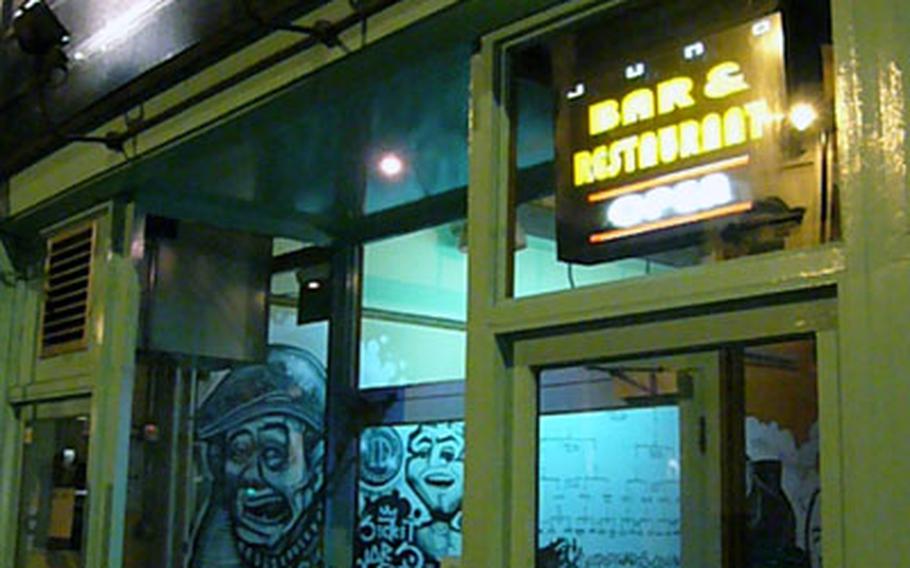 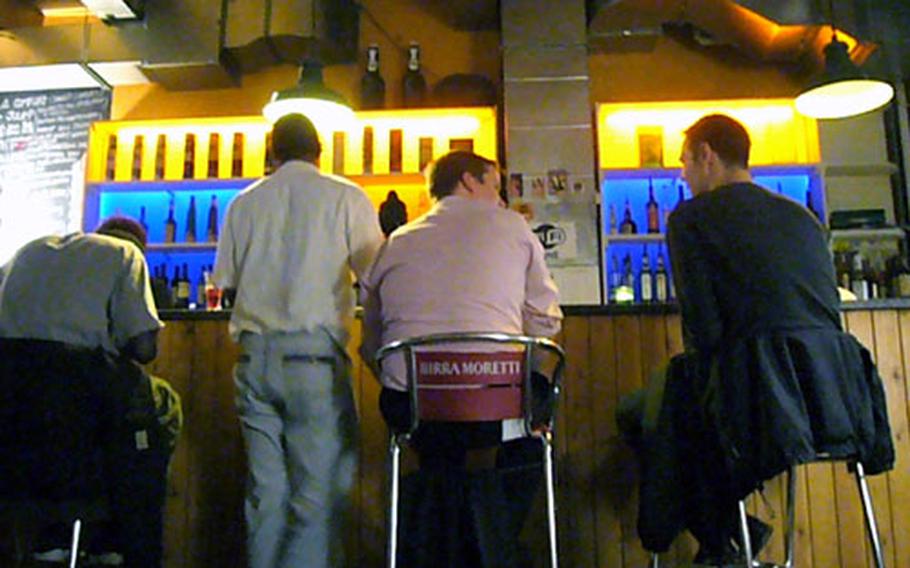 LONDON &#8212; The art of free expression is taking a deadly turn at Juno.

The so-called Secret Wars is a painter&#8217;s equivalent to the World Cup, but the champion gets more &#8220;street cred&#8221; than worldwide glory.

In the competition, two artists unleash their creativity on the bar&#8217;s walls in the form of black-and-white urban graffiti impressions. Whoever earns approval from a panel of judges and the spectators moves on to the next stage of elimination.

The cozy, artsy bar looks to host a few quarterfinal match-ups at 8:30 p.m. on Nov. 17 between artists who go by the names Odisy and Teck. The next match is Tizer versus TWIY.

Secret Wars fancies itself as emulating the secrecy portrayed in the book and movie &#8220;Fight Club,&#8221; but advertising for the event can be found at the bar and on the Internet.

Kamga estimates that 300 to 400 people cram into Juno to watch the free art battles. Dates for the events can be found on the Secret Wars Web site.

Without the excitement of artist feuds, the atmosphere on a recent weekday night inside the two-floor Juno bar was relaxing.

Mellow music played while patrons quietly chatted away on the bar&#8217;s collection of plush leather sofas. The sofas looked as if they belonged in a swanky cigar bar, yet many of them had small rips, which went along with the bar&#8217;s laid back, carefree attitude.

A small bar and an open-plan kitchen could be seen toward the back of the place. A variety of dishes are served here, such as Thai green curry, smoked mackerel, grilled chicken breast on chorizo, and an all-day breakfast &#8212; all for less than 6 pounds.

The bar serves up paninis as well as appetizers, including hummus, nachos, soup and salad. As for wetting one&#8217;s whistle, the bar has a decent selection of spirits for about 3 pounds. You can even buy a blinding dose of absinthe for 5 pounds. Cocktail jugs go for 16 pounds.

Choices of beer could be better, with only one (Birra Moretti) on tap for 3.50 pounds a pint, while a glass of wine can range from 4.20 to 5 pounds.

Ambience: A laid-back setting with plush leather sofas. Things can get crazy when it hosts Secret Wars, an underground battle between artists.

Food: A variety of dishes, such as Thai green curry, smoked mackerel, grilled chicken breast on chorizo, and an all-day breakfast &#8212; all for less than 6 pounds. There are also appetizers and paninis. Kitchen closes at 9 p.m.

Drinks: A decent selection of spirits for about 3 pounds a shot. There are also cocktail jugs for 16 pounds as well as beer and wine selections.

Hours: From noon to midnight everyday, except Sunday when the bar closes at 11:30 p.m.