After Hours: Here’s to a Graduate evening 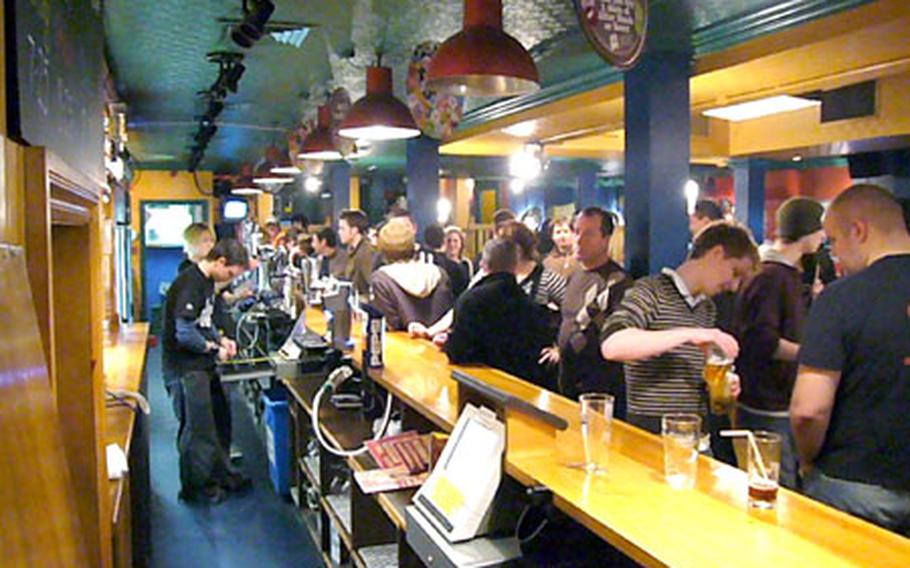 Customers line the bar at The Graduate pub in Cambridge on a recent quid night, when many beers are sold for a pound. (Sean Kimmons / S&S)

Customers line the bar at The Graduate pub in Cambridge on a recent quid night, when many beers are sold for a pound. (Sean Kimmons / S&S) 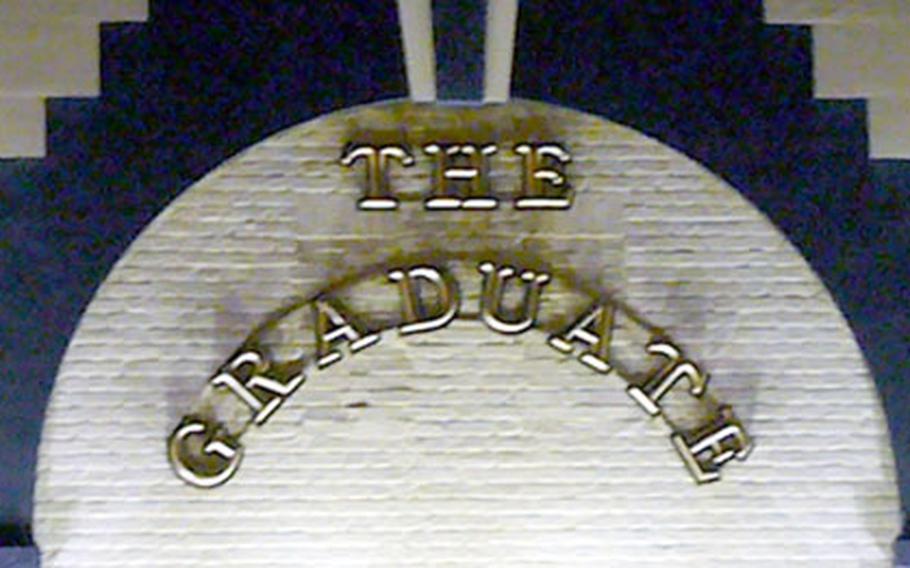 The pub, on Chesterton Road along the River Cam, seems to be a hub for students attending one of the 31 colleges that fall under the University of Cambridge. On a recent Monday night, the place was packed with patrons &#8212; mostly between 18 and 21 years old &#8212; mingling with friends and overcrowding the bar. The bar was especially popular that night because of a special quid night going on, when selected beers sell for one pound.

Alternative music resonated from a video jukebox as patrons sat in groups, studied alone or played pool at one of three tables. Also, the beats from a live band could be felt as it performed inside a music venue above the pub called The Loft.

The pub&#8217;s brightly colored walls and ceiling, plus artsy light fixtures, helped to liven up the atmosphere. Leather sofas are a nice touch, too, even though the pub was in need of more seating on this Monday night.

Besides Monday&#8217;s quid night, there is a pool competition on Tuesdays, a Mexican night with food and drink specials on Thursdays, and a quiz on Sundays.

The pub&#8217;s menu is also nicely priced for those on a budget. There is an ongoing special of two meals for 5.95 pounds. And meals, such as salads, sandwiches, steaks, fish and chips and burgers range from 2.95 to 6.50 pounds.

One decent meal is the Kahuna burger, which is a chicken breast topped with bacon, pineapple and BBQ sauce served with chips for only 4.50 pounds. However, sometimes there&#8217;s a catch with the low-cost food: The last two times I ate here, the pub was out of certain toppings for my burgers.

When not on special, pints of beer such as Carlsberg, Foster&#8217;s, Grolsch, Heineken, Guinness, Coors Light and Budweiser can cost from 2.25 to 2.80 pounds. The pub also has wine, some bubbly and cocktail pitchers for 8.95 pounds.

Location: 16 Chesterton Road along the River Cam in Cambridge.

Entertainment: The Loft, a live music venue, is above the pub. For a schedule, check out www.acoustic stage.co.uk.

Drink: Decent selection of draft beer and cocktails. There are also discounts on drinks during specialty nights.

Food: The menu is nicely priced and offers salads, burgers, fish and chips, steaks and sandwiches.