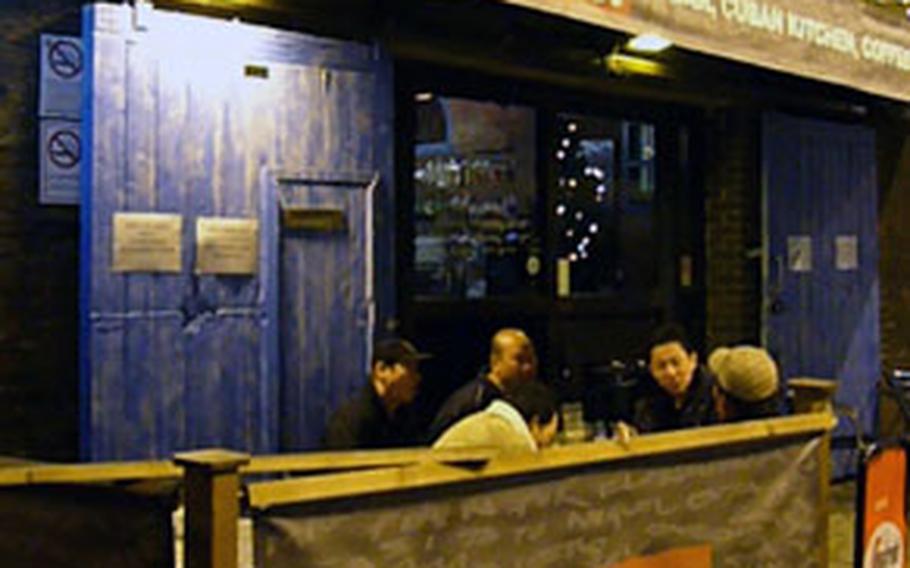 Outside The Cuban, a theme bar and restaurant in Camden&#39;s Stables Market. (Sean Kimmons / S&S)

Outside The Cuban, a theme bar and restaurant in Camden&#39;s Stables Market. (Sean Kimmons / S&S) 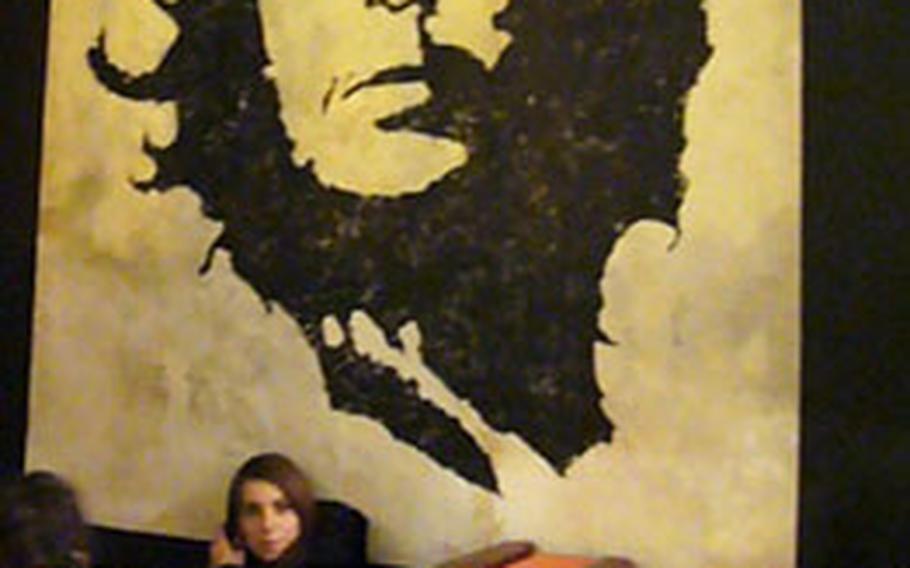 A painting of the revolutionary Che Guevara hangs on the wall at The Cuban bar and restaurant in London. (Sean Kimmons / S&S) 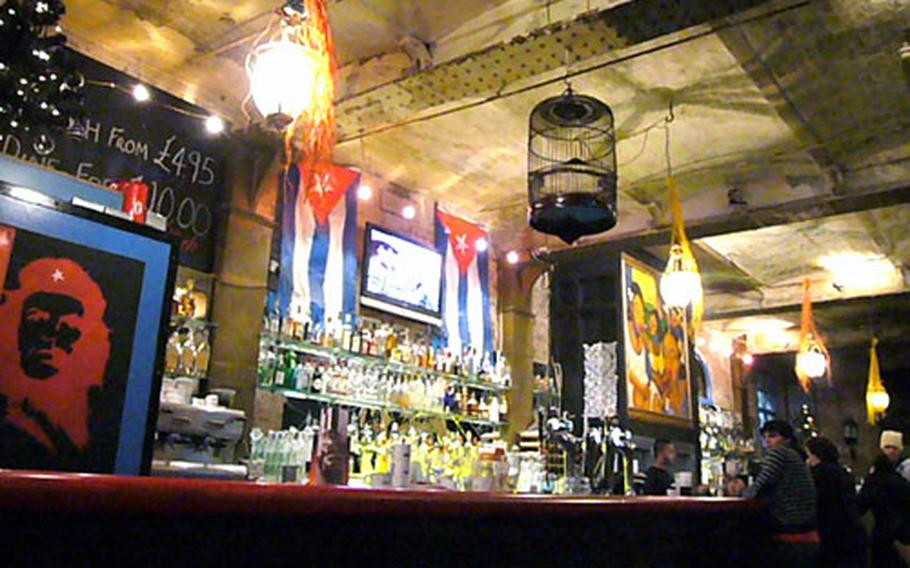 Patrons wait to be served at a long bar inside The Cuban, a theme bar and restaurant in Camden&#39;s Stables Market. (Sean Kimmons / S&S)

LONDON &#8212; When you walk through the entrance of this nightlife spot hidden in Camden&#8217;s Stables Market, it&#8217;s like stepping into a country thousands of miles away.

Its atmosphere reflects its inspiration &#8212; the lively Caribbean country of Cuba. Hence, the place&#8217;s name, The Cuban, a themed bar and restaurant.

Red-white-and-blue flags of Cuba, as well as lamps adorned with colorful strands, hang on the bar&#8217;s worn-out walls and ceiling. The aging building with its colorful setting has an authentic Cuban flair popularized by the media.

Images of Cuban icons, including a 6-foot painting of the revolutionary Che Guevara, also can be seen in the bar. On a recent weeknight, documentaries on the country were being played on the bar&#8217;s big-screen TVs, showing video clips of Cuban leader Fidel Castro.

The key ingredient to the bar&#8217;s locale is the quick beats of Cuban music resonating through the place. It&#8217;s difficult to stay still since feet-tapping or some hip-shaking comes naturally to the vibrant music.

On Friday and Saturday nights, the place is jam-packed with partygoers dancing the night away, said general manager Otis Turner.

A small makeshift stage in one corner of the bar plays host to live bands on selected dates, such as a Cuban band on Sunday nights, he added.

Those who are thirsty can head up to the venue&#8217;s long bar where an impressive collection of liquor bottles is on display.

The assortment of liquor comes in handy when bartenders are whipping up one of their specialty cocktails.

&#8220;We pride ourselves on our cocktails,&#8221; Turner said, adding that his place has won national competitions for its concoctions.

Before or after the bar, take a stroll through Stables Market. The market is a maze of narrow footpaths littered with unusual and strange shops.

Location: The bar is found in the middle of Stables Market in London&#8217;s Camden Town, near Chalk Farm Road (NW1 8AH).

Drinks: Bartenders whip up numerous kinds of cocktails that start at 6.95 pounds.

Food: A variety of dishes from tapas, grilled items, salads and paellas.

Entertainment: Live music Fridays and Saturdays, live DJ on Saturdays and salsa lessons on Tuesdays and Thursdays. No cover charge, except to those taking salsa lessons.