After Hours:Go join the circus 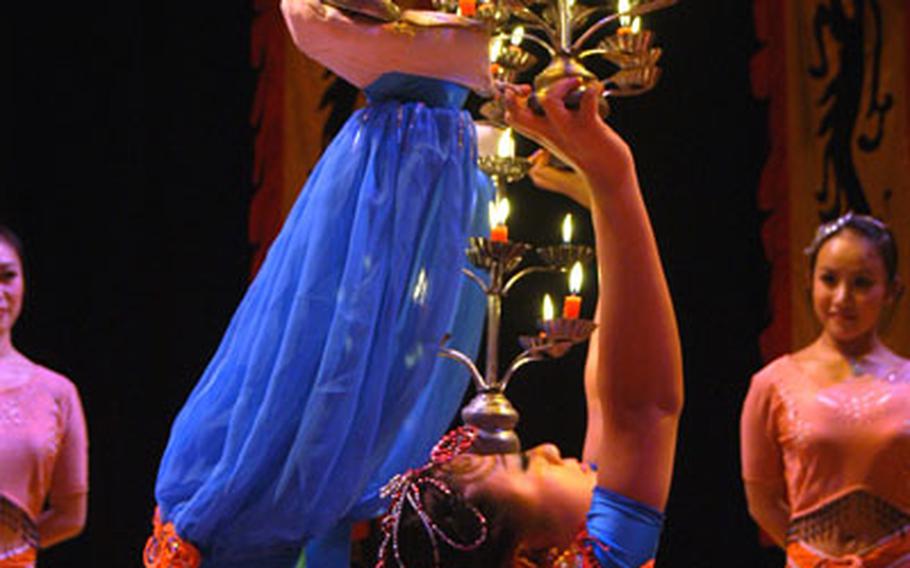 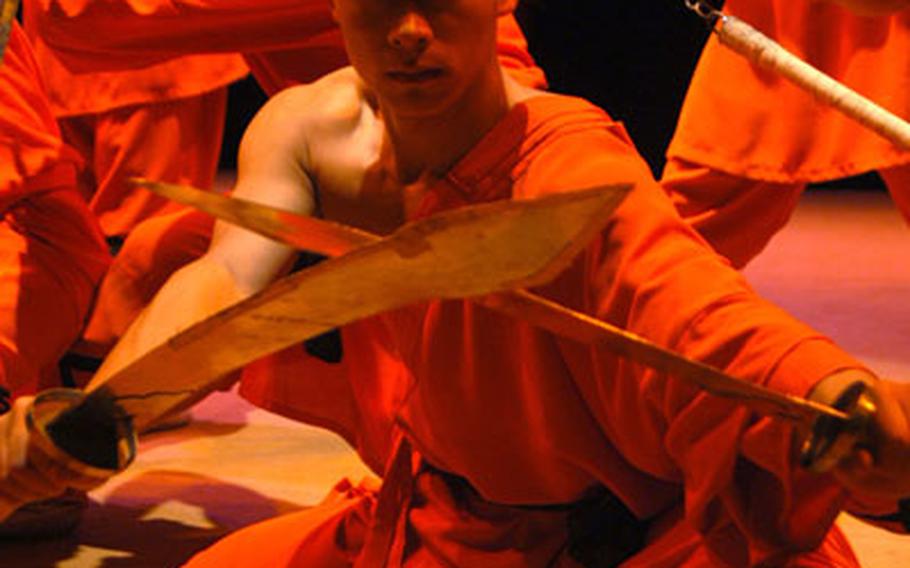 Swordsmen from the Chinese State Circus&#39;s troupe of Shaolin Wu-Shu warriors pose recently at the Cambridge Corn Exchange, where the group was preparing for a series of shows. (Ben Murray / S&S) Members of the Chinese State Circus gather in their various costumes at the Cambridge Corn Exchange recently as the group got ready for its first performance in the city. The group appears in London this weekend and Peterborough next week. (Ben Murray / S&S) 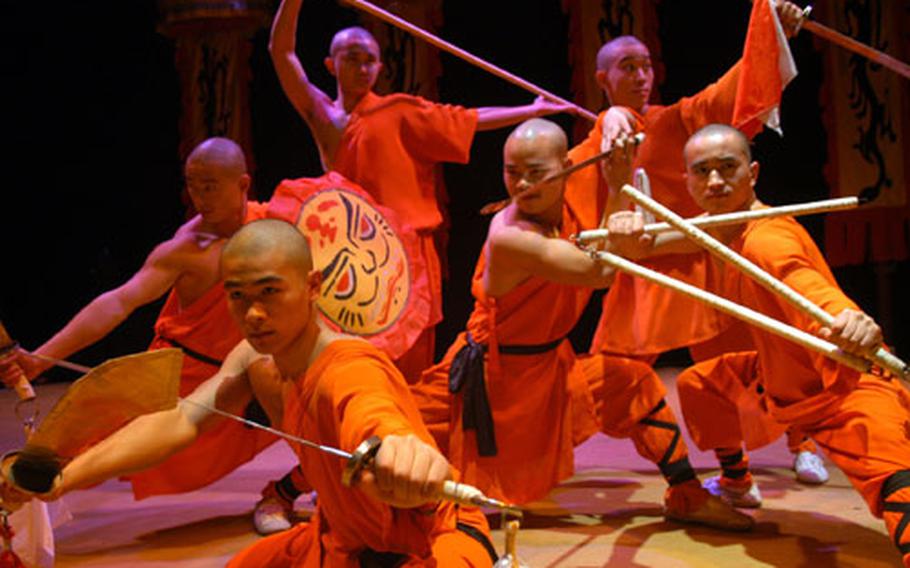 A group of the high-energy and acrobatic Shaolin Wu-Shu warriors from the Chinese State Circus get serious before opening their show at the Cambridge Corn Exchange recently. The group appears this weekend in London and next week in Peterborough. (Ben Murray / S&S) A "lion" from the Chinese State Circus currently touring venues in England, stares down visitors in a warm-up session recently at the Cambridge Corn Exchange. (Ben Murray / S&S)

CAMBRIDGE &#8212; Some nights you feel like a fat steak and a pint of clear lager would hit the spot, or maybe a bucket of popcorn and an action film is the way to spend the evening hours.

Then there are those nights when you feel you need to see a Chinese man balance a 15-foot pole on his foot, kick it into the air and catch it. With his forehead.

For those kind of nights, the only place to go is to the Chinese State Circus, an engaging medley of stunts, acrobatics and magic acts currently touring venues in England.

The show starts with an introduction from the host, the mischievous Monkey King, a bouncing, unruly little being who serves as both narrator and comic relief.

He is, actually, the closest thing to a clown the circus has, which means no belly laughs between acts, unfortunately.

Couched as a loose history of cultural development in China from its origins thousands of years ago, the circus begins with the first of what becomes a theme in the show: the use of simple items to showcase extraordinary feats of skill and agility.

Kicking off the show is a group of five men who each pick up one of the only pieces of set decoration on the stage &#8212; tall wooden poles topped with bells and what look like lampshades &#8212; and keep them balanced upright while doing nearly inconceivable maneuvers.

They balance them on their heads and feet, do forward rolls and spins, throw them to each other from various heights and distances, sometimes without looking, but always keeping them upright.

From there, the circus presents pieces such as the Chinese lion dance, Peking opera characters and jar jugglers, who launch massive jugs and vases at each other, catching them with their hands and foreheads and lobbing them across the stage from their shoulders.

Woven throughout the performance are repeated appearances by the stars of the circus, the Shaolin Wu-Shu warriors, a group of highly energetic performers in orange, monk-like robes who engage in kinetic displays of martial arts and weapon-wielding. The Wu-Shu warriors also do handle the strength displays in the show, breaking various pieces of concrete and bricks with their heads or crushing them with a sledgehammer against each another&#8217;s bodies.

Crowd favorites tend to be the acrobatic displays, such as the pole jumpers and the group of tumblers who set up hoops on stage and do dives and flips through the middle of them. The men show amazing flexibility and seem to have the ability to defy gravity, as though they had hollow bones and oiled joints, jumping to head-shaking heights and launching themselves upwards without apparent effort.

Another signature of the circus is its ability to take events a step further than seems possible. The slack rope walker doesn&#8217;t just walk the wire, for instance, he does a handstand, lays down on it &#8212; then stands on his head.

When a man comes out walking on a giant ball, that seems like enough for the crowd, but the performers then proceed to put the two-man &#8220;lions&#8221; on the ball &#8212; and has them walk over a see-sawlike ramp.

At just under two hours, with a 15-minute intermission in the middle, the engaging show is attended by groups of adults and mobs of children, who applauded heartily throughout the show at a recent opening in Cambridge.

For a little something different, it can make for a decent night out.