After Hours: From a hotel bar to a sushi restaurant, trace Litvinenko's final steps 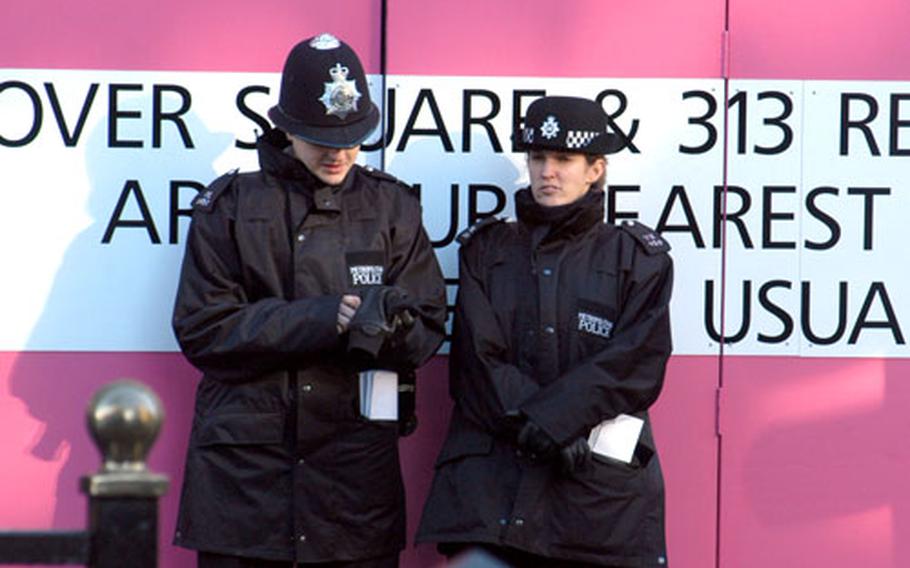 Two officers stand in front of Itsu restaurant on Piccadilly in central London. The restaurant is scheduled to reopen after Christmas. (Bryan Mitchell / S&S)

Two officers stand in front of Itsu restaurant on Piccadilly in central London. The restaurant is scheduled to reopen after Christmas. (Bryan Mitchell / S&S) 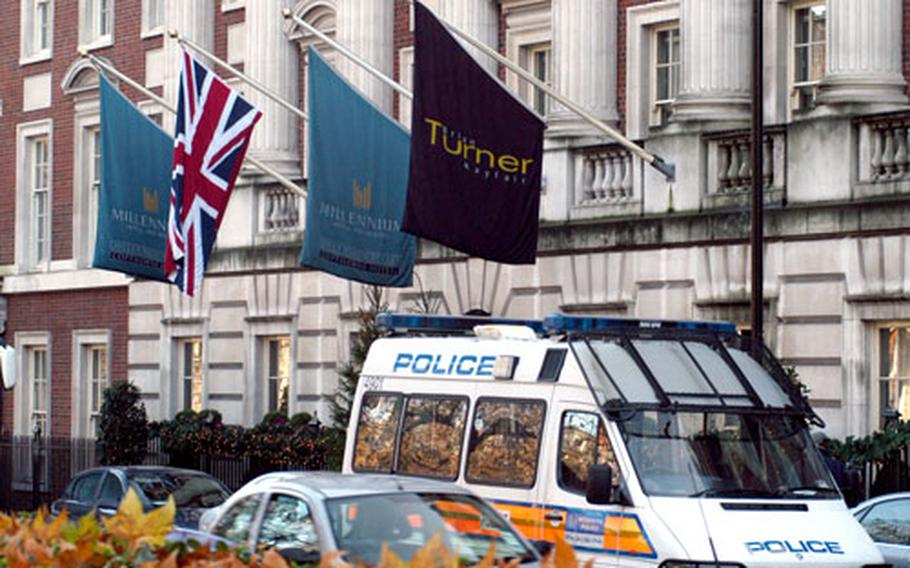 Police remain on guard in front of the Millennium Hotel in Grovesnor Square in the posh Mayfair district of Westminster in London. (Bryan Mitchell / S&S) 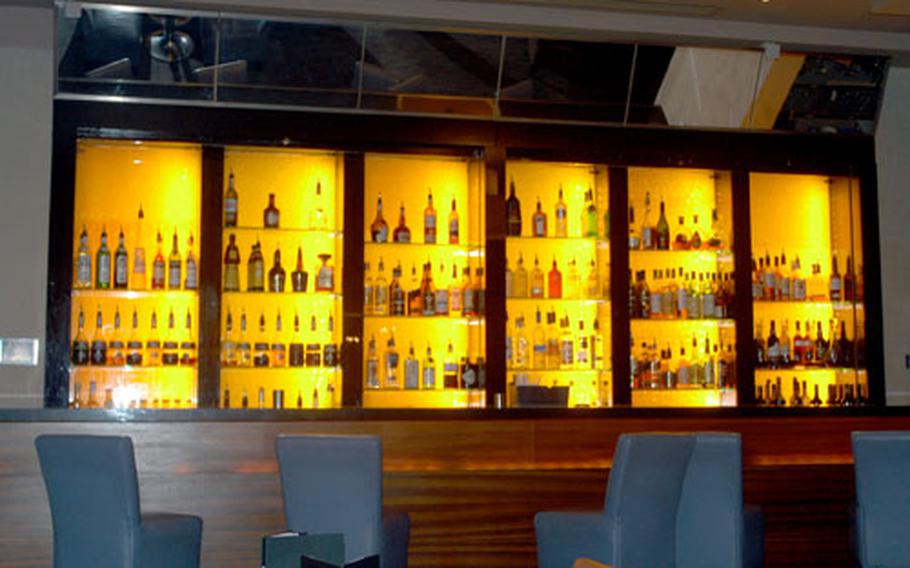 The Millennium Hotel’s Pine Bar is closed for the official police investigation into the death of a former Russian spy, but the adjacent Turner Bar remains open for business. (Bryan Mitchell / S&S) 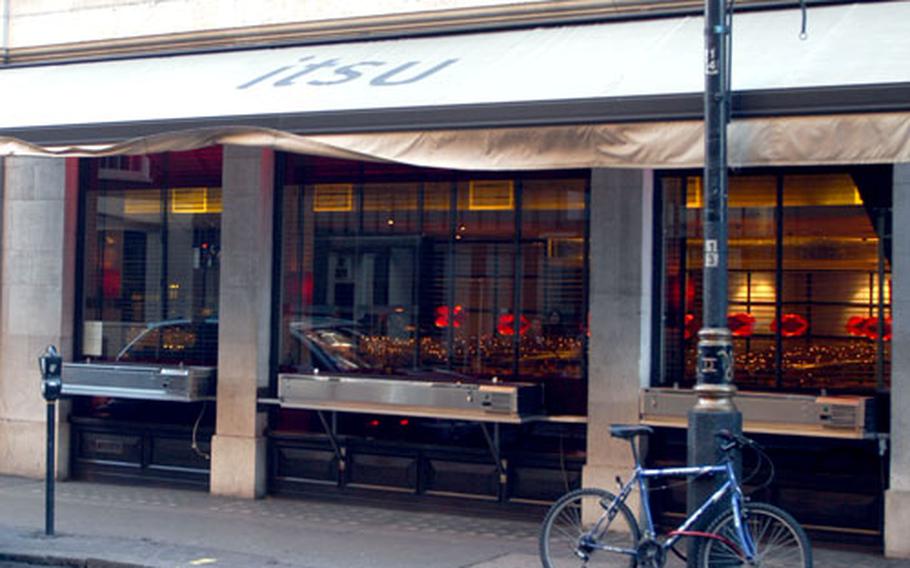 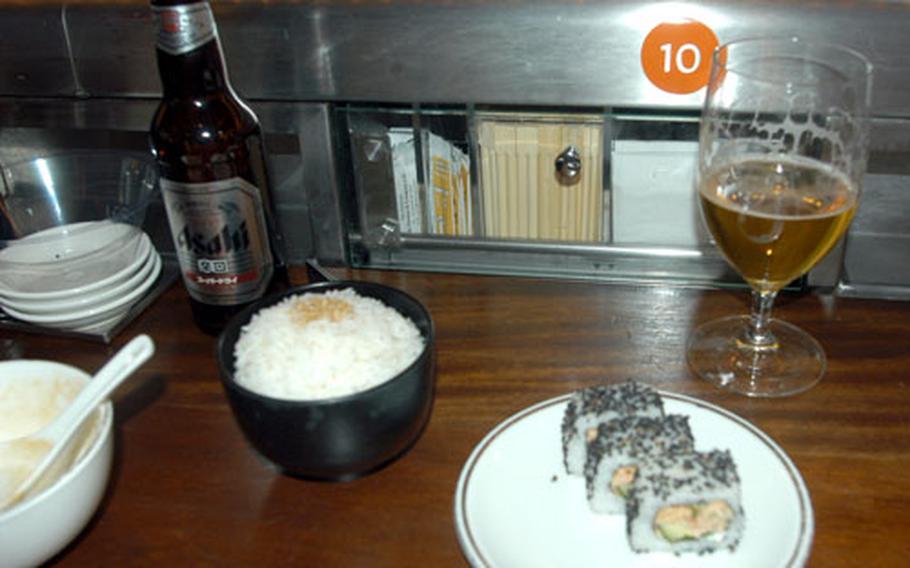 A typical sushi meal at Itsu is seen at its SoHo location. (Bryan Mitchell / S&S)

It may sound like the teaser to a Robert Ludlum novel or a recently declassified Cold War intelligence dossier, but it&#8217;s actually the modern day international drama unfolding on the 24-hour news channels.

The poisoning death of Russian former spy, Alexander Litvinenko, who died Nov. 23 after a three-week illness, has prompted worldwide interest.

And the discovery of traces of the radioactive isotope polonium-210 around England&#8217;s capital and on airplanes traveling across Europe has only intensified the public&#8217;s voracious appetite for information about the suspected homicide.

But amid Litvinenko&#8217;s deathbed allegations of a Kremlin-backed assassination, and the growing number of citizens referred to doctors following possible exposure to the deadly element, many are left to wonder if it&#8217;s still safe to wander the swankiest areas of Westminster in search of quick, uncooked seafood and outrageously expensive drinks.

With that in mind, Stars and Stripes hit the pavement in central London to trace the trail of the radioactive murder mystery and found it&#8217;s not difficult for a civilian lacking secret clearances to hang out at the haunts of spies and their associates.

It may have appeared I was trying to avoid a tail as my station wagon weaved around Westminster&#8217;s labyrinth of streets two Sundays ago, but it&#8217;s just that difficult to find a parking spot in the posh Mayfair district, where Ferraris and Bentleys park curbside.

After an inch-to-spare parallel parking job sure to impress anyone, I walked roughly six blocks to the intersection of Old Bond Street and Piccadilly, where a South Korean news team had also gathered to report on the closure of the Itsu sushi bar.

It was at this chic but relatively inexpensive eatery that Litvinenko met on Nov. 1 with an Italian academic who informed him they both were on a hit list, according to news reports.

The Metropolitan Police officers standing guard in front of the building declined to give their names or provide any information about the ongoing probe.

A man who also declined to be identified was seen leaving the pink door leading to the infamous restaurant. Something told me he wasn&#8217;t picking up the remaining cucumber shreds.

Fortunately for the hip, sushi-eating crowd, there is another Itsu restaurant located about 12 blocks northeast of Piccadilly on Wardour Street in the fashionably bohemian SoHo district.

I grabbed a seat and was told that my waitress would not break a sweat for her gratuity. The food arrives at the tables via a conveyer belt that runs around the interior of the restaurant.

A bowl of spicy chicken soup, white sticky rice, three succulent crab rolls and a cold Asian brew later, I understood why former spies collaborate with academics at a place like Itsu.

For only 11 pounds ($22), I enjoyed a delectable lunch and appeared to be but another face in the crowd of seafood-loving Londoners and tourists. Anonymity is thy name.

The U.S. Embassy is located less than a football field&#8217;s length away from the Millennium Hotel, where a standard room runs 180 pounds ($360) per night and the in-house Pine Bar regularly plays host to after-hours diplomatic rendezvous.

The oak wood-paneled Pine Bar, which boasts a house pianist and an executive chef, is also where Litvinenko met with two former KGB colleagues the same day he conferred with the Italian academic, according to news reports.

After the discovery of polonium in the bar, it, too, has been temporarily closed, and I was made to enjoy a 4.50 pounds ($9) beer in the less mysterious, more contemporary Turner Bar, where the bartender, identified by his name tag as David, took a cue from the Metropolitan officers in public relations.

He had little to say of the investigation, but did rave about the pianist normally entertaining guests at the Pine Bar.

He also meets Italian academic Mario Scaramella at a sushi bar where he is said to have received documents about the journalist&#8217;s death.

Nov. 17 &#8212; Litvinenko is transferred to the University College Hospital in central London as his condition worsens. He is placed under armed police guard.

Nov. 19 &#8212; It is reported Litvinenko was poisoned with thallium, a highly toxic chemical once used to poison rats.

Nov. 20 &#8212; Litvinenko is moved to intensive care. Pictures are released of the ex-agent in the hospital, showing how he has suffered dramatic weight and hair loss.

Geoff Bellingan, director of critical care at University College Hospital, rules out thallium as the cause of his sickness.

Nov. 24 &#8212; A statement made by Litvinenko before he died is read by his friend Alex Goldfarb outside the hospital.

In it, he accuses Russian President Vladimir Putin of involvement in his death. Protest from around the world &#8220;will reverberate, Mr. Putin, in your ears for the rest of your life,&#8221; he said.

Health experts say they believe Litvinenko was deliberately poisoned by radioactive matter, believed to be polonium-210.

Police find traces of radioactive material at the sushi bar and the hotel where the former spy had meetings on Nov. 1 and at his north London home.

Nov. 28&#8212; It is revealed that Scaramella has travelled back to the U.K. to be tested. Sources say police also will interview him as a potential witness in the inquiry into the death.

Nov. 29 &#8212; Traces of a radioactive substance are found on two British Airways planes at Heathrow Airport.

Nov. 30 &#8212; Home Secretary John Reid tells MPs traces of radioactivity has been discovered in 12 locations, as well as the two British Airways planes.

An inquest into Litvinenko&#8217;s death is opened and adjourned at a London court.

Dec. 1 &#8212; Scaramella tests positive for a significant amount of polonium-210, although he has not suffered any symptoms of poisoning.

It is also revealed that Litvinenko&#8217;s wife, Marina, has tested positive for the alpha particle-emitting substance, although she is not admitted to the hospital and is not believed to be in any danger.

Dec. 6 &#8212; British police say they are now treating the death of Alexander Litvinenko as murder.

Radiation is found at the British Embassy in Moscow following precautionary tests on the building.

The Health Protection Agency confirms staff at the Itsu sushi restaurant have all tested negative for radiation.

Dec. 9 &#8212; Police in Germany say they have found indications of radiation in two properties apparently used by a contact of Litvinenko.