After Hours: Entrepreneur knows his ales 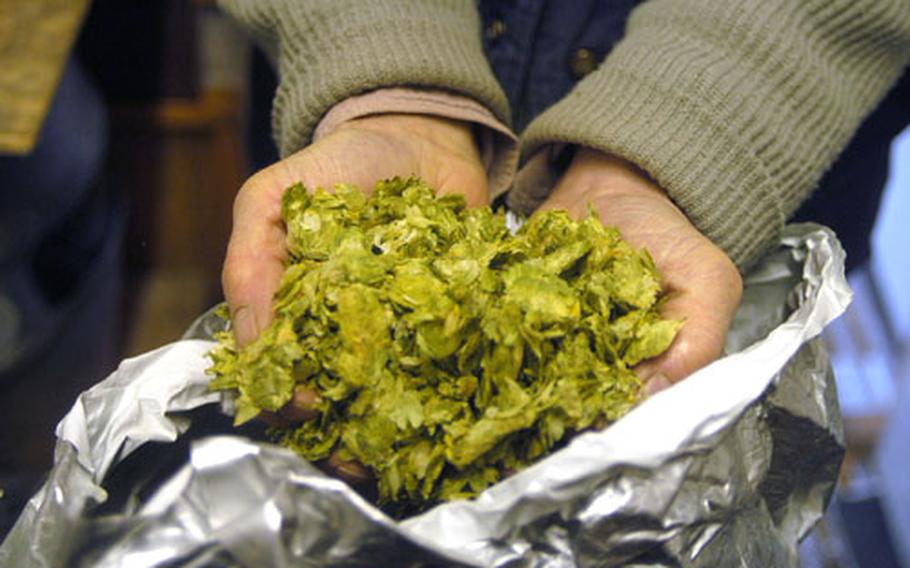 Dennis Cooper, owner of The Brandon Brewery, shows one of the types of hops that he uses to brew beers. (Sean Kimmons / S&S)

Dennis Cooper, owner of The Brandon Brewery, shows one of the types of hops that he uses to brew beers. (Sean Kimmons / S&S) 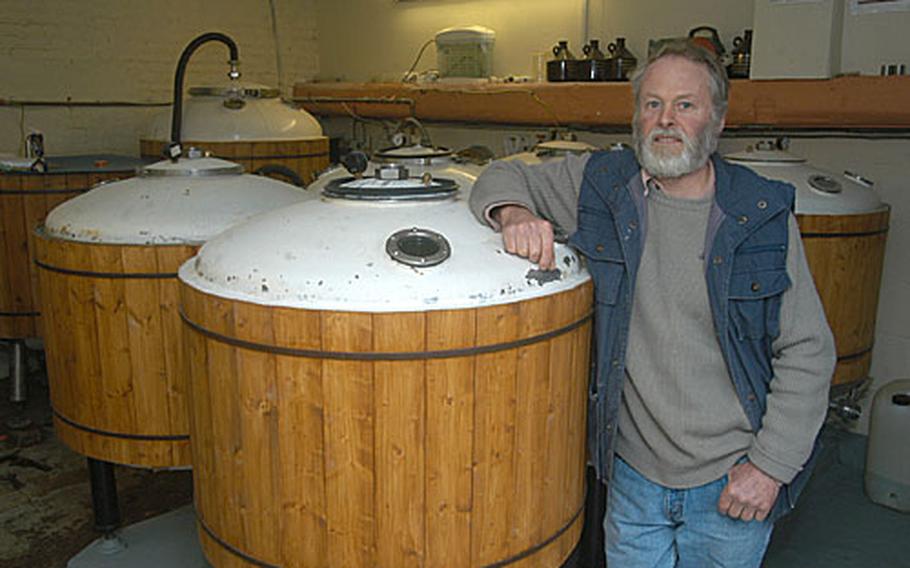 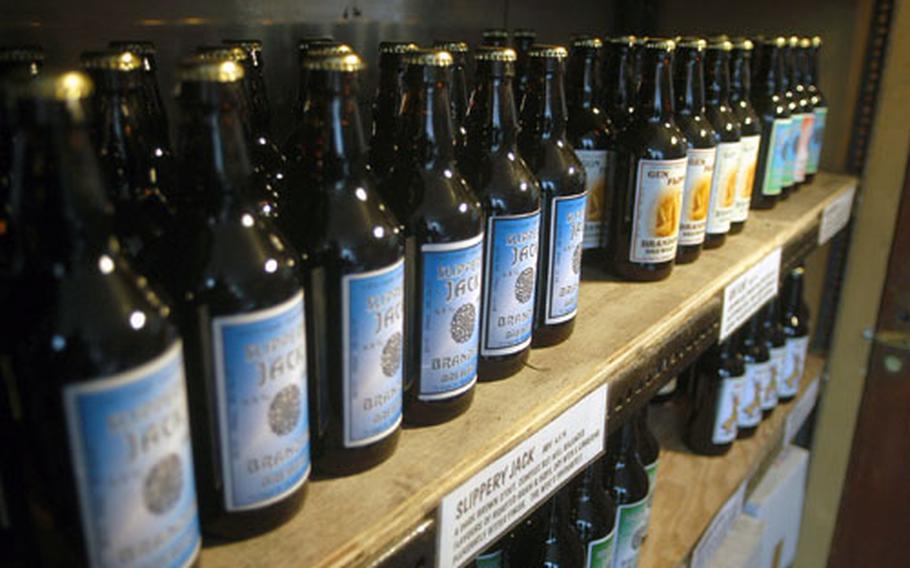 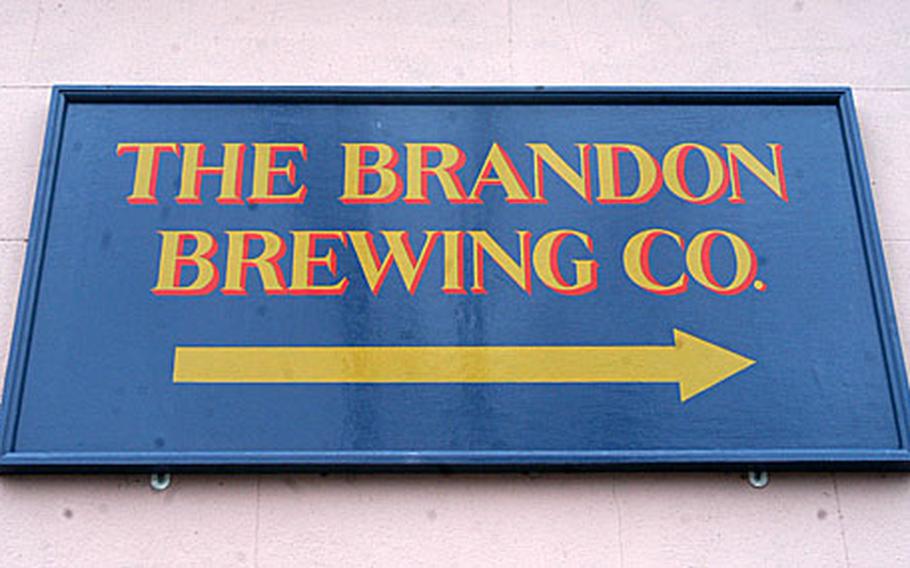 The sign outside of Brandon Brewing Co. (Sean Kimmons / S&S)

BRANDON &#8212; Dennis Cooper is a jack-of-all-trades when it comes to beer. Not only does he brew his own assortment of traditional beers, he sells and delivers it.

For a little more than a year, Cooper has brewed strong pale ales, bitters, dark ales and stouts from The Brandon Brewery, situated in an old dairy inside a 15th-century cottage along High Street.

The Northern Ireland native gives free, impromptu tours to detail his one-week process of producing beer, which can be complicated.

Beside his brewery is a shop where people can buy half-liter bottled beers for 2 pounds ($4) each and a case of 12 bottles for 20 pounds ($40). He also sells casks of up to 41 liters, equivalent to about 70 pints, and offers personalized bottle labels.

Since he usually makes deliveries throughout the day, patrons are asked to call ahead for an appointment, he said.

Beer aficionados also can taste Cooper&#8217;s brew at The Bell pub in Brandon, as well as many other &#8220;free house&#8221; pubs in Suffolk, Norfolk and Essex counties, he said, adding that he aims to sell about 20 casks each week.

Even though Cooper&#8217;s one-man brewery can&#8217;t financially compete with larger English real-ale breweries, he feels he has one advantage over them.

Larger breweries, he explained, may use hop extract, which can be a more efficient and consistent way of brewing. But each pint will taste the same.

&#8220;Whereas mine, from batch to batch, you get a small amount of variation,&#8221; Cooper said. &#8220;It&#8217;s the same ingredients, same recipe, and in theory should taste the same, but there are always minor differences. One might boil for longer, have different malts or amounts of sugar.

Hours: Open Monday through Saturday from 9 a.m. to 5 p.m. Visitors should call before heading down, since the owner makes deliveries throughout the day.