After hours: Dreaming of a good burger? 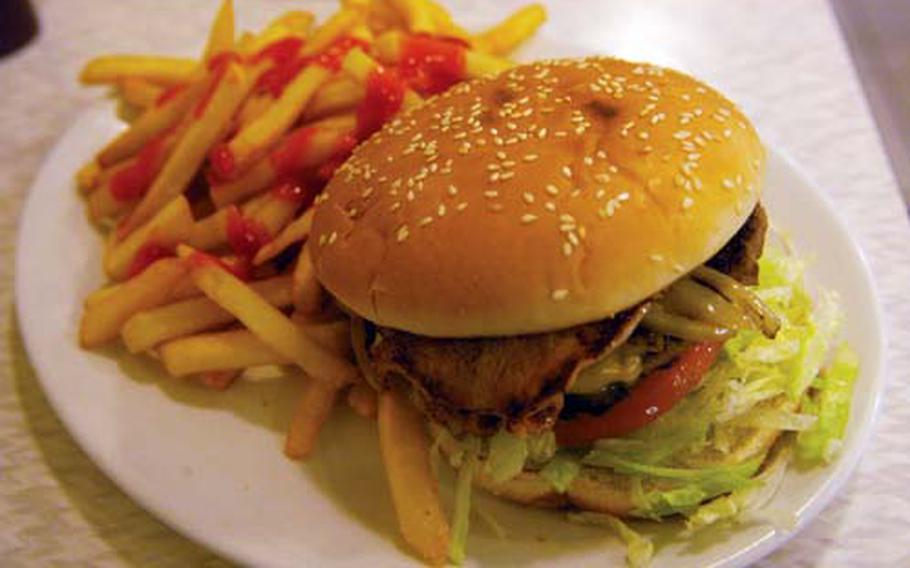 Burgers are the main attraction at Crumb&#39;s. (Geoff Ziezulewicz / S&S)

Burgers are the main attraction at Crumb&#39;s. (Geoff Ziezulewicz / S&S) 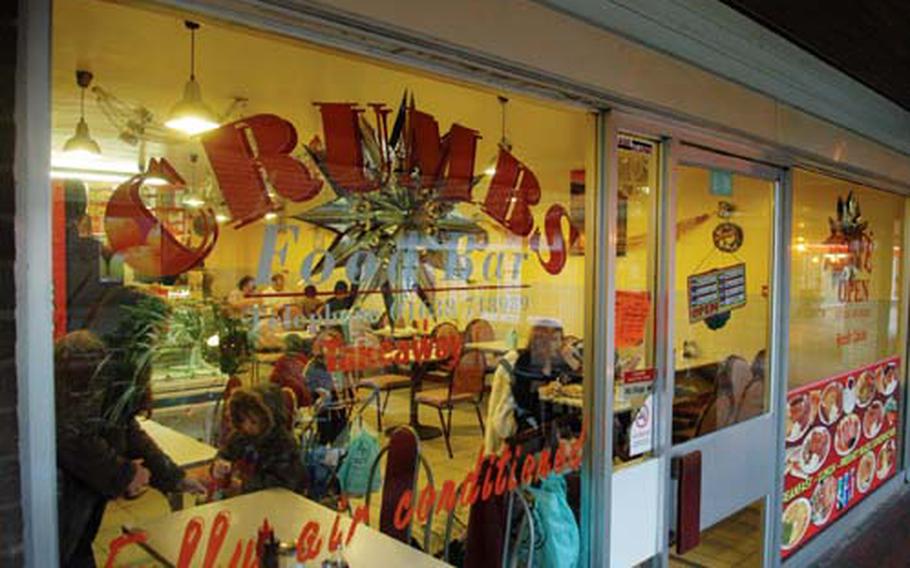 MILDENHALL &#8212; I&#8217;ve said it before and I&#8217;ll say it again, nice try on the dinner plate, Brits. We Americans appreciate your attempts to replicate the culinary awesomeness that is good barbecue or Mexican food. But something always seems to get lost along the way.

So, imagine the pleasant surprise that is Crumb&#8217;s Food Bar in the village of Mildenhall. This is greasy-spoon eating the way you envision and possibly miss it in the States.

For American eaters, burgers are a blatant casualty in England. Sure, it&#8217;s how the Brits like their burgers, but for Americans, they always taste a bit off when compared to those back home. Not so in Crumb&#8217;s. Picture a buttery IHOP burger and you get the picture, a tasty patty on a toasted bun. Throw in a nice pile of greasy fried onions on top with some cheese and a salty bacon rasher, and you&#8217;re in slick-fingered bliss.

What&#8217;s more, Crumb&#8217;s is an affordable British lunch out during work, close to RAFs Mildenhall and Lakenheath when you&#8217;d rather escape on-base fare. And with the diverse menu mainly clocking in at less than 5 pounds, Crumb&#8217;s won&#8217;t break your wallet. It&#8217;s also buzzing with locals, helping you play your own little part in community relations.

One word of caution: Not everything on the menu translates well from its American counterparts. Avoid the milkshakes, as the British conception of this traditional diner drink involves basically a glass of sweetened milk.

Otherwise, for some simple, greasy grill food, Crumb&#8217;s has got you covered.