After Hours: Customer is right at home at Filipiniana 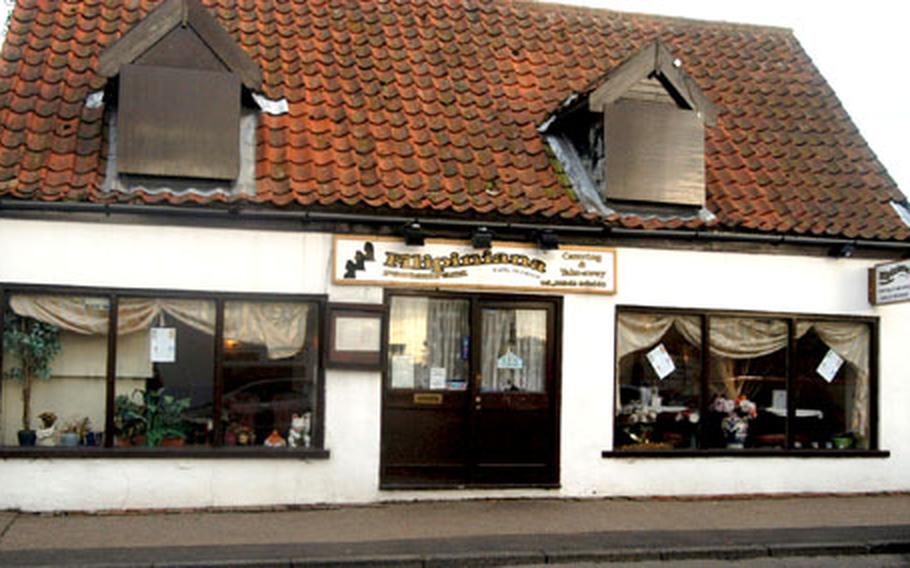 LAKENHEATH &#8212; Ruwela Samonte&#8217;s restaurant may be in an English village, but she earned her success by providing American-style service.

Her restaurant, which serves home-cooked Philippine fare and is aptly named Filipiniana, is one of the most popular eateries around the American military community in Suffolk.

Filipiniana may be a bit out of place in East Anglia, where ethnic food is normally limited to Thai or Turkish. But Filipiniana&#8217;s dishes combining the flavors of Japanese, Spanish and Malay food and Samonte&#8217;s commitment to customer satisfaction have won the eatery a loyal following.

Samonte would know. She and her husband, a retired Air Force master sergeant, hail from the southeast Asian island nation.

Samonte said she reflects her country&#8217;s love of food.

But her first love is her restaurant, the 30-seat eatery on the east end of Lakenheath High Street.

Her most popular dishes &#8212; chicken teriyaki and spicy beef &#8212; normally are cooked mild, but she can kick up the spice for those who like it hot. It&#8217;s that constant attention to the customer that keeps Filipiniana an American favorite.

Drinks: Bottled beer and wine by the bottle.