After hours: Curl up with a good bar 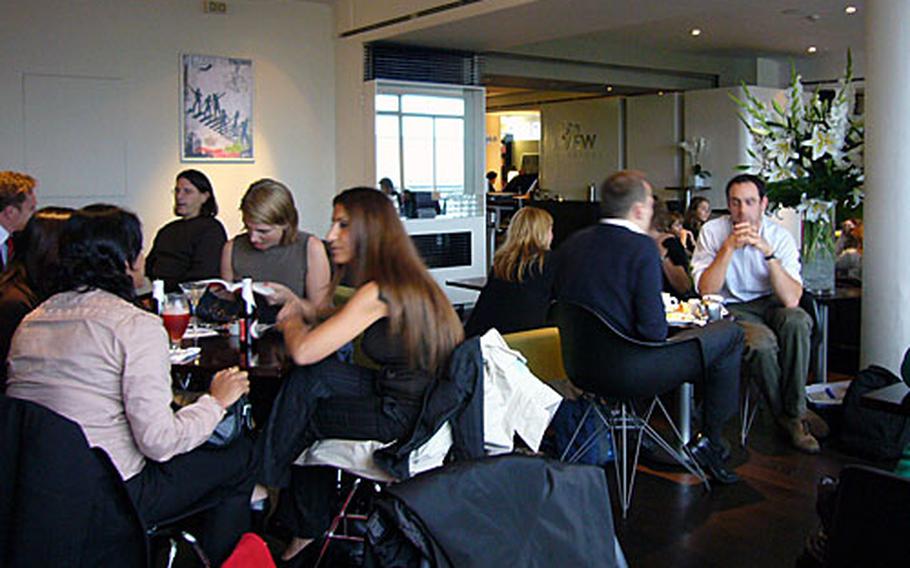 Patrons of the 5th View Bar enjoy some drinks in an informal atmosphere. The bar is inside the Waterstone&#39;s book store in the heart of London&#39;s West End. (Sean Kimmons / S&S)

Patrons of the 5th View Bar enjoy some drinks in an informal atmosphere. The bar is inside the Waterstone&#39;s book store in the heart of London&#39;s West End. (Sean Kimmons / S&S) A patron at London&#39;s 5th View Bar sits beside one of the large windows that allow visitors to gaze out onto the city&#39;s skyline. (Sean Kimmons / S&S) 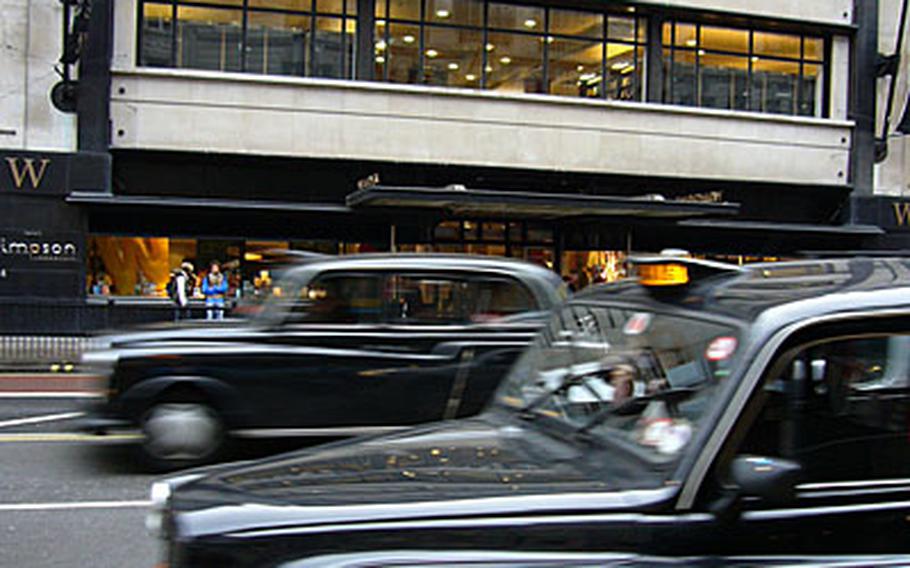 LONDON &#8212; The multistory Waterstone&#8217;s Library bookstore, located in the heart of this city&#8217;s West End, knows how to run a business the right way.

Yeah, they have books on top of more books. In fact, the store is Europe&#8217;s largest book shop with 150,000 titles in stock and more than 8&#189; miles of shelving. But what makes this library different from others is a sanctuary, of sorts, on its fifth floor, which becomes the ideal place to rest after spending hours looking for that perfect novel.

The so-called sanctuary is called the 5th View Bar, a small bar and cafe with large windows, allowing patrons to gaze out onto the city&#8217;s skyline.

Although not the most scenic, the view is at least above the neighboring businesses and residences, with the British Airways London Eye and the Houses of Parliament peeking out in the distance.

The bar lets people escape the massive bookstore without actually leaving. And with an alcoholic drink or coffee in hand, it can be a relaxing venue to start that newly purchased book or just to preview one before buying.

On a recent weeknight, however, the notion of &#8220;escaping&#8221; was difficult as loud parties, sitting at nearby tables, sometimes drowned out the bar&#8217;s smooth music.

But the bar has a connecting room with a mellower atmosphere. The area had dim lighting, ample seating and what seemed to be conversations at a much-lower volume.

The seating in both rooms consisted of wooden or plastic chairs at wooden tables, with some lucky patrons claiming the more comfortable leather love seats.

The service was impressive &#8212; servers were polite and quick with the drinks. It also seemed that there were more servers than there needed to be, which saved the effort of waiting at the bar.

The bar&#8217;s service, as well as its location and atmosphere, helped take the sting out of the drink prices.

A bottle of beer cost at least 3.50 pounds all the way up to 9.95 pounds for a large bottle of French Dues. On the other hand, the bar did have a variety of beers from 17 countries, a treat to any beer connoisseur.

As for cocktails, a standard one was priced at 7.50 pounds, while a Piccadilly rum punch that was big enough to share was 13.50 pounds. A glass of wine cost 4 to 8.50 pounds, with selections from eight countries available.