After Hours: B Bar a place to be cool, be seen 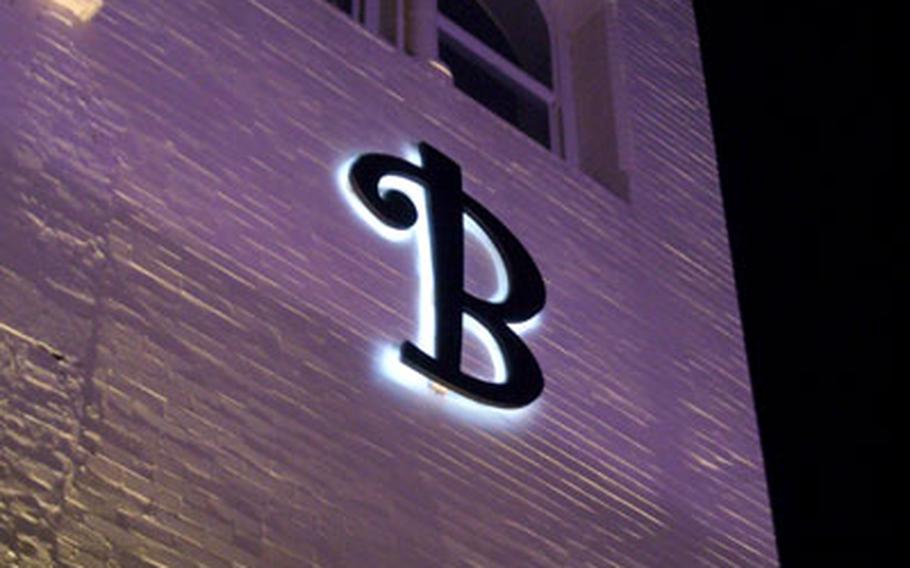 CAMBRIDGE &#8212; For all of its great places to eat and drink, America doesn&#8217;t really have anything like the typical English pub. Where in the States are there so many spots where you can comfortably sit around reading during the day before going back at night for dinner and a few pints? Pubs are communal meeting grounds for English adults &#8212; comfortable, homey and welcoming.

But no matter their charm, that experience can get old at times. So when you&#8217;re craving something a bit more posh, a bit more cosmopolitan, yet still without the throbbing pulse of &#8220;da club,&#8221; grab your designated driver and head to the B Bar in the heart of Cambridge.

The B Bar has been open about four years. It&#8217;s a three-level bar that is the epitome of hip good times. It&#8217;s spacious with plenty of seating, but also has plenty of multilevel perches from which to watch and be watched. It has the look and feel of any destination watering hole in a given metropolis. In fact, the B Bar looks like it might be more at home in London.

What&#8217;s more, you can pop in there for breakfast or a leisurely afternoon coffee, as the joint opens at 9:30 a.m. every day, said Ben Whettingsteel, the B Bar&#8217;s general manager.

While its sleek interior resembles a club, there&#8217;s never a cover charge, and the B Bar offers up a full menu of traditional, yet upgraded, English vittles.

The B Bar emphasizes prompt service and quality ingredients in its food that are nicely presented as well, he said. Food costs a bit more than it would in a standard pub, but is reasonable nonetheless. A pint runs about three pounds, as do standard cocktails.

The B Bar offers live music on Thursday nights and will soon offer the same on Wednesdays. But check it out on a Friday or Saturday night, either as a destination in and of itself, or as a jump-off before a night of clubbing. Look for the giant lit &#8220;B&#8221; on the outside of the pub.

While Cambridge is known as a college town, B Bar is not full of students who are drinking pints for the first time. A 21-and-older policy gives you an atmosphere where you can drink and embarrass yourself among people your own age. To all you under-21 airmen stationed in the area, sorry. But rest assured there&#8217;s plenty of other hopping Cambridge spots to inhabit.

Food and drinks: Basically the standard stuff but with more spice or exotic ingredients. The menu is set to expand in the coming weeks.

Ambience: A multi-leveled lair of cool. There are nonsmoking areas interspersed throughout the bar and plenty of room to either sit with friends or stand and check out all the beautiful people.

Service: On the weekends, it&#8217;s a bit of a battle at the bar, but you should be able to get a drink after about five minutes.