After hours: A club with a view 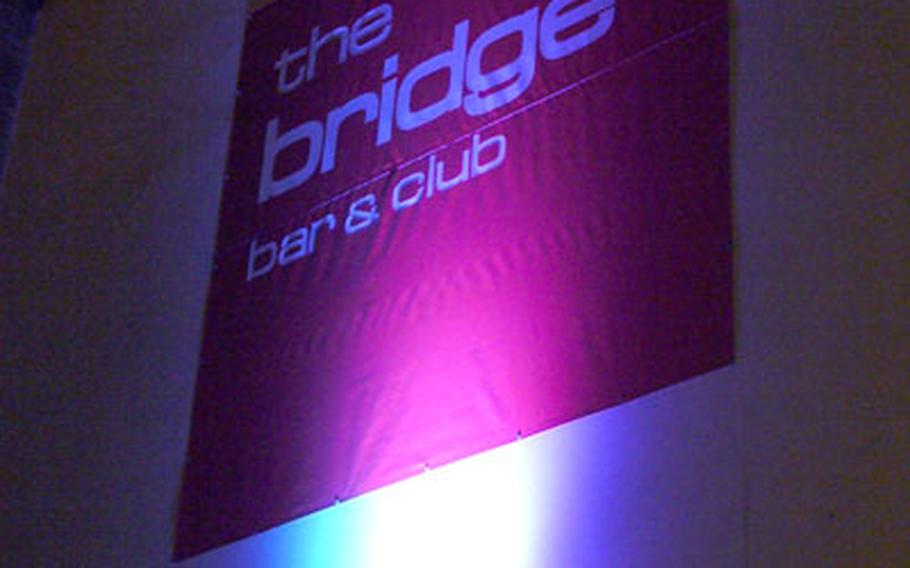 The Bridge nightclub in Oxford features three levels with dance floors humming to everything from techno to hip-hop beats. (Geoff Ziezulewicz / S&S)

I can bob my head to a hip-hop beat and even get down a bit if the DJ&#8217;s playing my song, but that techno leaves me looking spastic and unsure of myself. Not a good vibe to put out to the girls at the club.

Most venues seem to cater to one type of beat over the other. I never know if I&#8217;ll be able to competently bust a move or be left trying to find an up-tempo beat amid Brits who seem to have no trouble with it at all.

Thankfully there&#8217;s a place near RAF Fairford called The Bridge. Smack-dab in the middle of Oxford, The Bridge is a massive three-level party, chock-full of bodacious girls and three dance floors.

On my visit there, the DJ was spinning hip-hop on the second floor, while the upstairs featured that techno-drone. The bottom floor was rented out for a private party.

The club&#8217;s been open for seven years, and is a &#8220;slightly more discerning&#8221; club than its brethren throughout Oxford, owner Phil Davidson said.

There aren&#8217;t tons of shrieking just-legal-to- drink kids running around, he said.

Prices weren&#8217;t terrible on the weekend, about 3 pounds for a cocktail and 8 pounds to get in the door.

Those who book ahead can arrange to jump the line outside, reserve a table or book a room for themselves and their mates, Davidson said.

And for those homesick airmen who would like to meet an American guy or gal, Davidson said the joint is quite popular with exchange students from the States.

A night out with friends can often skew in directions not expected. Check out The Bridge and who knows, maybe you&#8217;ll find the swing to that techno beat. If not, just walk downstairs and soak in that all-American hip-hop feeling.