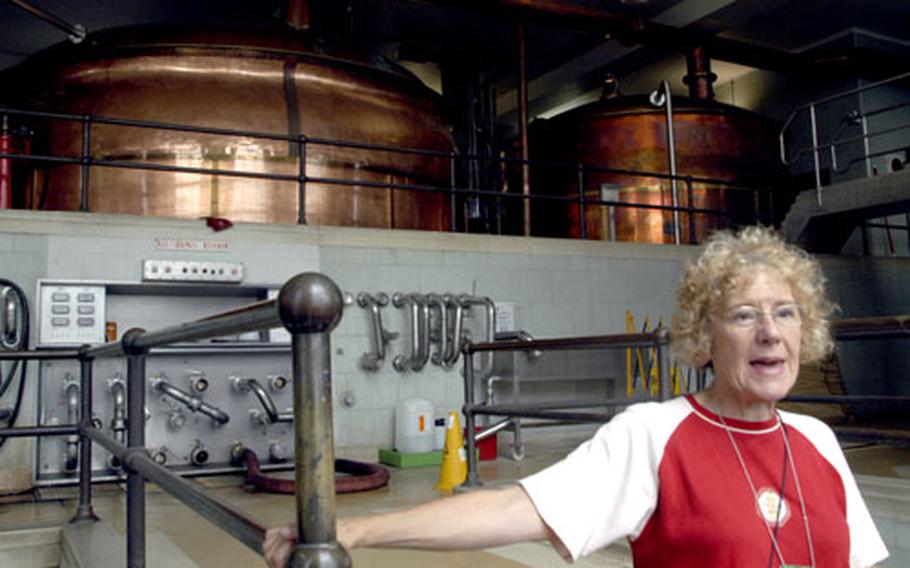 Tour guide Doreen Taylor does not brew the beer she talks about each day, but she pours pints by the dozen at the end of the tour. (Bryan Mitchell / S&S)

Tour guide Doreen Taylor does not brew the beer she talks about each day, but she pours pints by the dozen at the end of the tour. (Bryan Mitchell / S&S) 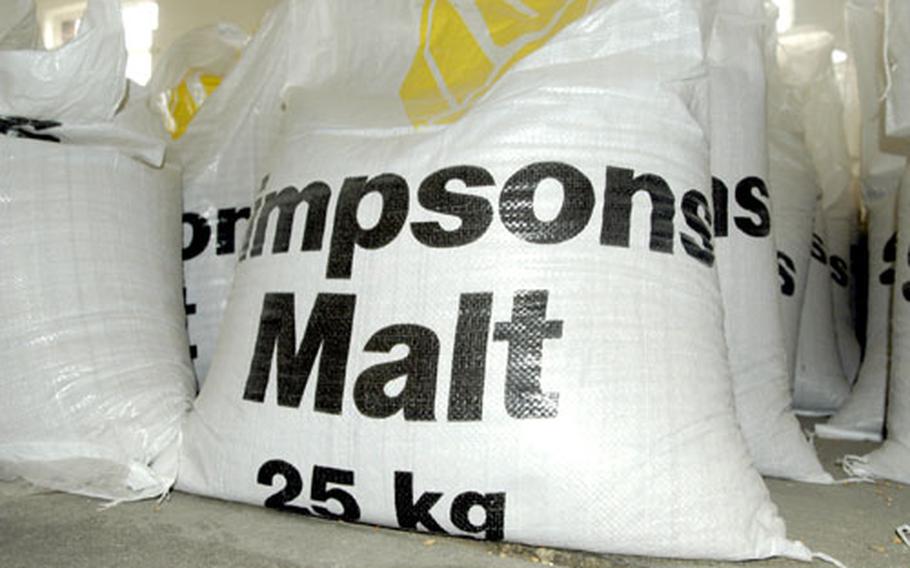 The brewery tour leads past rows of bags of malt and other ingredients. (Bryan Mitchell / S&S) 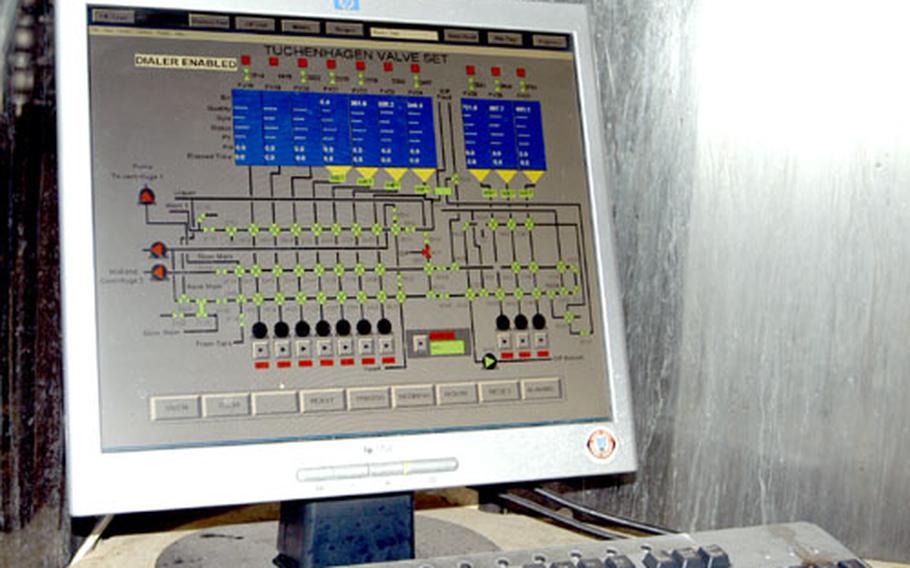 Sure, this computer can brew a million pints a day. But can it pour one? (Bryan Mitchell / S&S)

BURY ST. EDMUNDS &#8212; Today, while you toil at work, six brewmasters make a pint of Greene King beer in a Victorian brewery. And then 999,999 more pints to finish off the day.

The brewery&#8217;s a logistical masterpiece of timing, flavor and a hint of history with the heart of a supercomputer but the soul of more than 200 years of family brewing history. And the tour includes beer samples to top it off.

The plant not only produces a million pints a day, but also fills kegs with beer at the rate of more than 300 per hour and shuttles them quickly off to thirsty pub patrons from Manchester to Malaysia. It exports beer around the world.

But it all began with a modest 19-year-old entrepreneurial brewer, William Greene, and a dream. William begat not only a great-tasting, well-received beer, but also a son, Edward, who shared his love of lager and expanded upon his capitalist prowess.

William Greene built living quarters for his workers, and was one of the first company owners to offer a pension plan in the country, according to tour guide Doreen Taylor.

His company flourished, absorbed competitors and finally, in a scene familiar in today&#8217;s corporate America, merged with the King brewery to form Greene King. A dynasty of delicious refreshment emerged that soon spread throughout the former English colonies.

The tour of the plant is not so much a view into the brew&#8217;s worldwide ambitions as it is a look into industrial time, to view a process refined over centuries and now run by a computer and a handful of brewers.

The tour guide leads the group to several levels of the brewery &#8212; past massive, self-cleaning copper drums, sifters, sieves and rows upon rows of malt, barley and hops &#8212; to the roof of the brewery, which boasts the highest observation point in this quaint East Anglian town.

A trip back down the more than 100 stairs leads in a roundabout way to the beer-tasting session finale. That&#8217;s where visitors use cup-sized glasses to sample some of the nearly dozen Greene King labels.

The Greene King India Pale Ale and the Abbot Ale are the stock favorites, but the The Beer to Dine For was a lighter, less dense brew.

Then there&#8217;s the Strong Suffolk Ale, stored for two years to tank up the alcohol content to 13 percent before it&#8217;s diluted with a lighter beer for a still-aggressive 6 percent alcohol content.

Evening tours for groups of 10 or more can be booked in advanced for 7 p.m. Wednesday through Friday. Those tours, for 10 pounds per person, provide a nighttime view of the city and a beer-tasting session to start off the evening.