After Haiti earthquake, a call for more military disaster planning 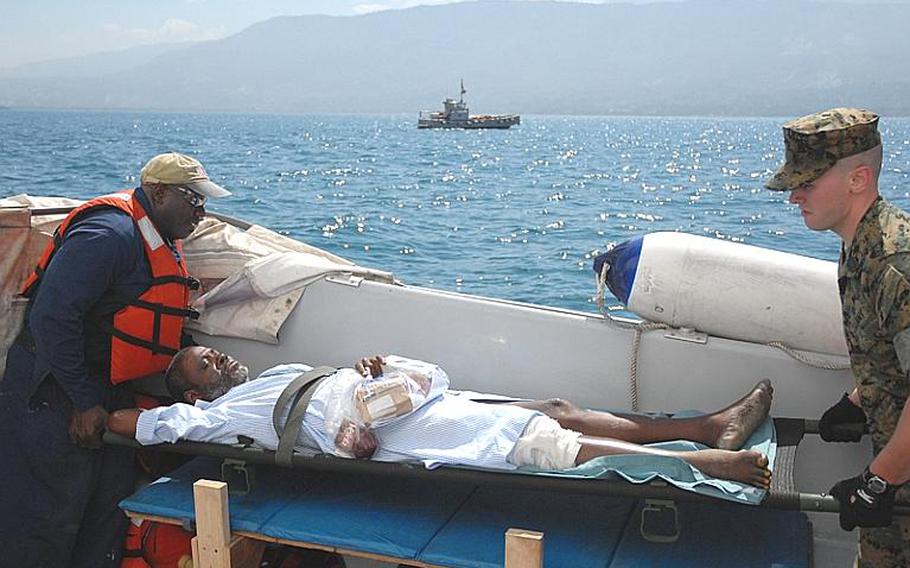 Buy Photo
A Haitian boy with a broken leg, who had been treated on the USNS Comfort, awaits transport on a small boat from the hospital ship back to Haiti last Wednesday. (Megan McCloskey/Stars and Stripes)

Buy Photo
A Haitian boy with a broken leg, who had been treated on the USNS Comfort, awaits transport on a small boat from the hospital ship back to Haiti last Wednesday. (Megan McCloskey/Stars and Stripes) 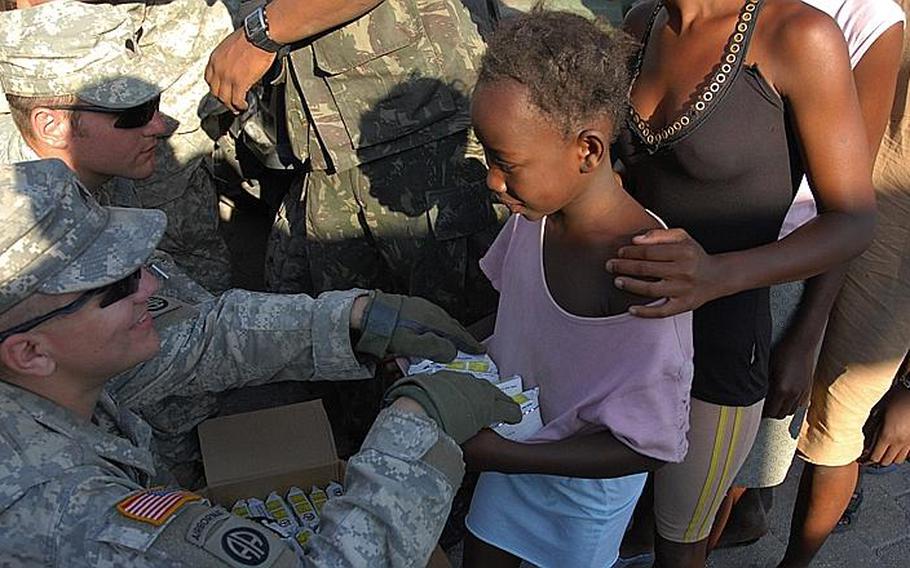 Looking back on the chaotic aftermath of the Jan. 12 earthquake that killed 220,000 and displaced 1.9 million, Lt. Gen. Ken Keen acknowledged a gap between the first small teams of U.S. responders and the large military movement that followed.

Keen has that on a list of &ldquo;major observations&rdquo; he wants addressed as the department, the U.S. Agency for International Development and the United Nations assess their performance in Haiti.

&ldquo;You must respond quickly and effectively,&rdquo; he said, &ldquo;and it must be done immediately in the sense that any delay, obviously, costs lives.&rdquo;

But that gap should be filled by civilian first-responders with specialized skills, he said.

&ldquo;There needs to be a greater civilian capacity to respond to these disasters,&rdquo; said Keen, who stepped down as head of Joint Task Force-Haiti in mid-April. &ldquo;It&rsquo;s not the military&rsquo;s role to do search-and-rescue missions.&rdquo;

His comments came as the last of 22,000 U.S. troops from Operation Unified Response were leaving Haiti. The final 600 or so members of Joint Task Force-Haiti will leave the country by Tuesday, spokesmen for Southern Command confirmed.

A 500-member contingent of the Louisiana National Guard will deploy through the summer&rsquo;s annual New Horizons exercise, which is being expanded to include building eight schools, eight medical clinics and four emergency operations centers. Soldiers will also drill eight wells and build disaster relief warehouses, he said. Most of those troops will change out every two weeks.

Keen was in Haiti the night the earthquake hit, instantly becoming the U.S. military&rsquo;s response commander. Haitian ministers knocked on U.S. Embassy doors within hours asking for help with the airstrip. All Keen could do was ask his SOUTHCOM chief, Air Force Gen. Douglas Fraser, to &ldquo;turn everything south,&rdquo; he said, and send as much Defense Department help as possible.

Help came: 23 Navy and 10 Coast Guard ships, 264 airplanes, 57 helicopters, 1,400 hospital beds. U.S. forces proved, Keen said, that they can assist civilian-led operations with military-specific skills &mdash; opening airfields and providing big assets such as ships and thousands of bodies to pass out food and water. Latest U.S. estimates figure the cost to the Pentagon at nearly $500 million. But critics have said the U.S. military&rsquo;s role in federal responses to such off-the-charts disasters as Haiti and Hurricane Katrina remain too slow and cumbersome.

The military supported USAID, which led the U.S. government&rsquo;s response. But that tiny federal agency of the State Department, whose administrator had been on the job for less than one week before the earthquake, was overwhelmed, according to Susan Reichle, USAID deputy assistant administrator.

USAID workers were asking themselves, &ldquo;How do we lead with such a small agency? We are smaller than the military band,&rdquo; she said at a military association panel this month in Washington.

Three days after the earthquake, USAID had dispatched only 13 ground assessment specialists and about 300 search-and-rescue workers to tackle a catastrophe that affected millions.

It took several days to move an aircraft carrier, several amphibious and hospital ships and 8,000 troops to the island, but Fraser and Keen said that should be counted as a success for such a logistics feat.

Fraser said getting the hospital ship USNS Comfort from dockside maintenance in Baltimore to Haiti eight days after the quake was &ldquo;a pretty miraculous response.&rdquo;

Yet the Comfort became a symbol of slow response as dying Haitians waited more than a week for medical services.

&ldquo;You can always do things better,&rdquo; Fraser said. &ldquo;And I&rsquo;ll be the first one to tell you, we did not have a plan on the shelf for an earthquake response in Haiti. &hellip; Hurricanes, rainy season? Yes. Earthquakes, no.&rdquo;

In January, retired Army Lt. Gen. Russel Honore told Stars and Stripes that the U.S. government&rsquo;s response could have been quicker if the military had been put in the lead, not USAID.

&ldquo;The military has the capability to deploy anywhere, anytime. USAID does not,&rdquo; said Honore, who led the U.S. military response to Hurricane Katrina in 2005.

The military has a &ldquo;global response force&rdquo; tasked to be prepared for anything, anywhere. The Army&rsquo;s designated unit, the 82nd Airborne Division's 2nd Brigade Combat Team out of Fort Bragg, N.C., is specifically designed, trained and equipped for quick deployment. The unit is on call with everything it needs without having to scramble for equipment when disaster strikes.

But it immediately ran into problems after the earthquake.

&ldquo;We are not as organized as we want to be,&rdquo; said Lt. Gen. Frank Helmick, commander of the 18th Airborne at Fort Bragg, standing on the green ramp at Pope Air Force Base, N.C., four days after the earthquake as hundreds of soldiers waited for aircraft to take them to Haiti.

The unit sped 3,000 soldiers into Haiti but had no way to resupply.

Keen said the teams were ill-equipped, lacking enough ground vehicles or logistics coordination. It&rsquo;s another point he wants the department to address. By late March, after issuing thousands of water bottles, food parcels and supplies, the unit felt better about its performance.

&ldquo;This was a great example of how the global response force was able to respond to a crisis and support U.S. interest and priorities,&rdquo; Lt. Col. Keith Pellegrini, commander of the 2nd Brigade Special Troops Battalion, said in a release.

&ldquo;I think our training of individual soldiers proved to be right,&rdquo; he said. &ldquo;They were adaptable, they understood &hellip; and they were able to adjust accordingly.&rdquo;

The military is reviewing its disaster plans, Fraser said, looking at what everybody brings to the efforts, from international organizations to aid groups and contractors.

&ldquo;Yes, we are in the process of going, &lsquo;OK, where&rsquo;s a template on how we respond to a serious disaster?&rsquo; But every one is unique,&rdquo; he cautioned, citing a stronger earthquake to hit Chile weeks later that required far less outside help. &ldquo;We&rsquo;ll build a template, but there&rsquo;ll always have to be a lot of responding to the situation as we find it, at the moment.&rdquo;

It will be months before the formal performance reviews come in.

&ldquo;We responded very robustly, very quickly in this particular case,&rdquo; Keen said. &ldquo;But we could do it more efficiently.&rdquo;