After four months, airmen return to Misawa from Iraq 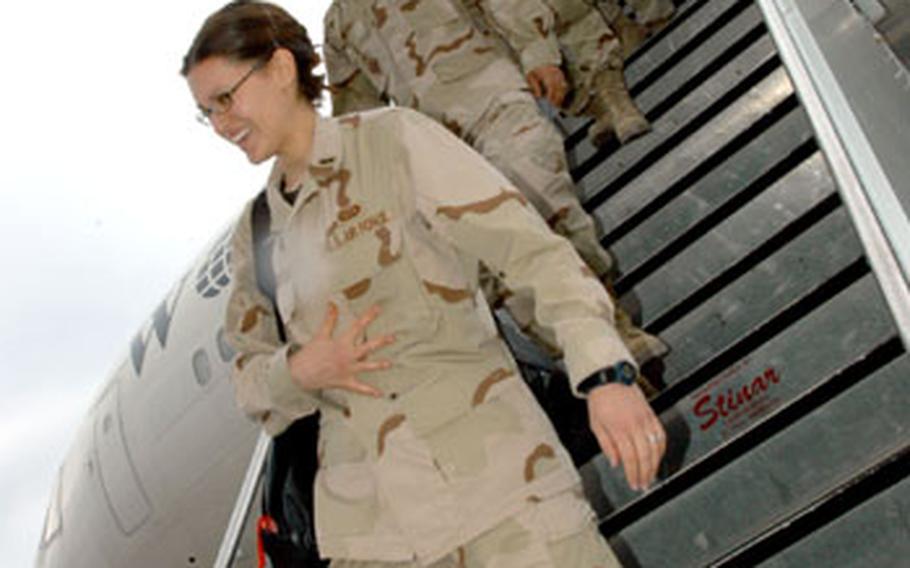 Misawa airmen – some smiling already - marched down the stairs of their aircraft after landing Friday at Misawa Air Base in northern Japan. The airmen were deployed to Iraq and other hot spots in the Middle East for four months. (Jennifer H. Svan / S&S)

Misawa airmen – some smiling already - marched down the stairs of their aircraft after landing Friday at Misawa Air Base in northern Japan. The airmen were deployed to Iraq and other hot spots in the Middle East for four months. (Jennifer H. Svan / S&S) 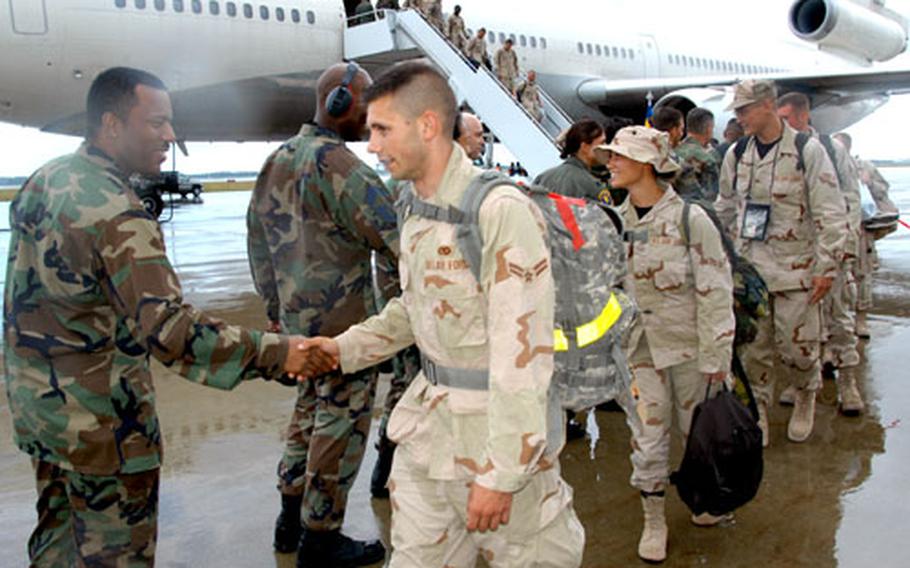 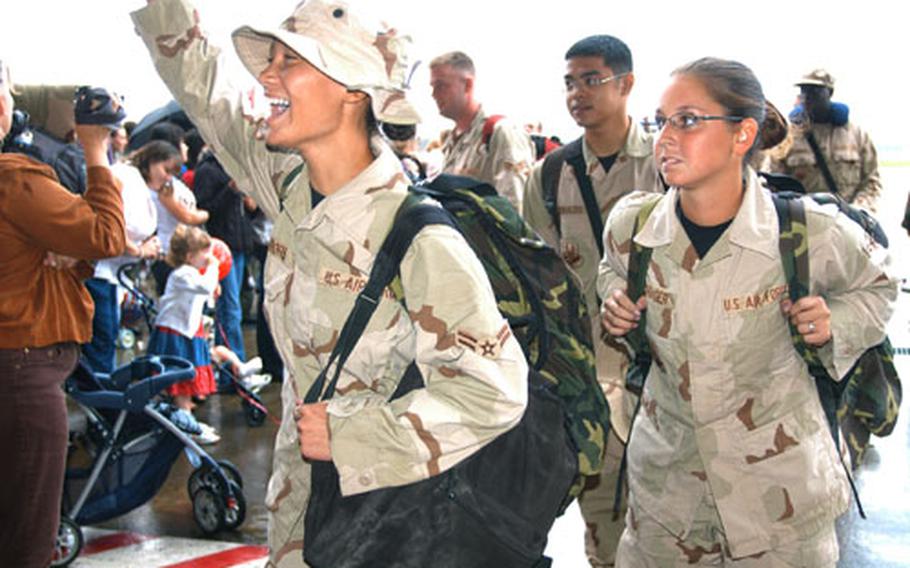 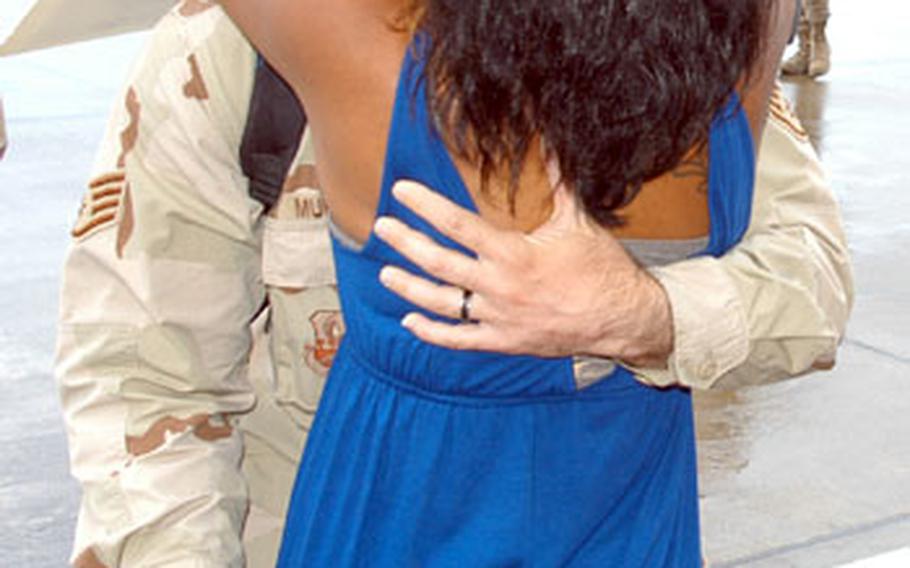 MISAWA AIR BASE, Japan &#8212; They should have been weary from the 16-hour flight, not to mention the more than four months spent in a war zone, where the mission can take precedence over even sleep.

But Misawa&#8217;s airmen nearly bounced off the plane Friday morning, exchanging high-fives, hugs, smooches and plenty of smiles with those waiting in the rain for their return.

The approximately 250 airmen who poured into Hangar 949 represented the largest group of Misawa&#8217;s deployed airmen to come home, just about closing the loop on the 35th Fighter Wing&#8217;s commitment to the current Air and Space Expeditionary Force rotation cycle.

Misawa this summer deployed about 700 airmen for AEF 7 and 8. Most came back Thursday and Friday.

The rest were expected to return over the weekend.

The exception is security forces and explosive ordnance technicians, who are on longer, six-month deployments, base officials said.

Those who stepped off the more spacious aircraft Friday were for the most part maintainers, who toiled in the heat and dust of Iraq&#8217;s Balad Air Base to keep Misawa&#8217;s F-16s and pilots in the fight.

Col. Terrence J. O&#8217;Shaughnessy, the 35th Fighter Wing and Misawa base commander, said he was proud of everyone &#8212; and relieved to have them back.

One of those first-timers was Airman 1st Class Ingram Smith, a 35th Maintenance Squadron ammunitions specialist.

Most challenging was keeping up with the mission while constantly staying vigilant, said Tech. Sgt. Christen Whitney, an assistant section chief with the 35th Aircraft Maintenance Squadron.

&#8220;It was continuous ops, but we got into a rhythm, a routine, day in and day out,&#8221; he said, adding that his goal was to accomplish the mission, while looking out for his troops and himself.