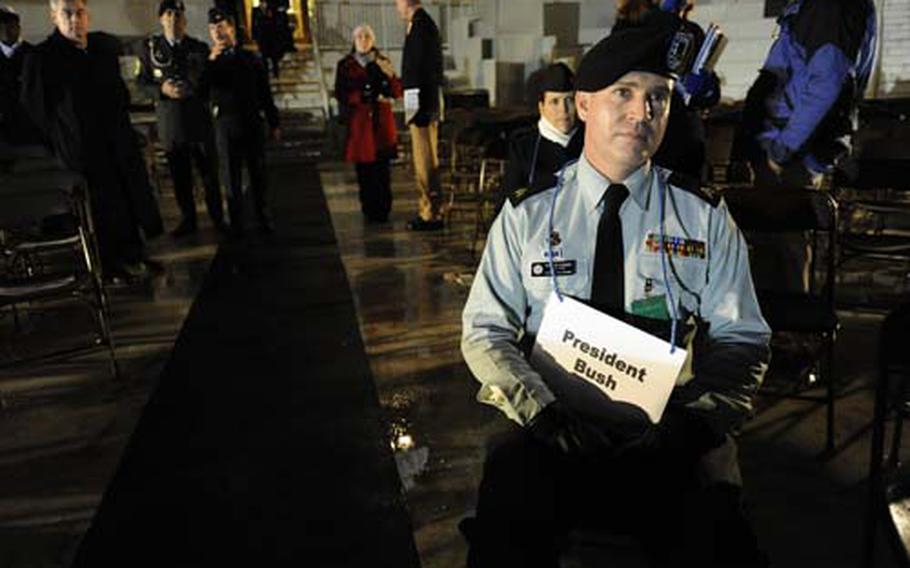 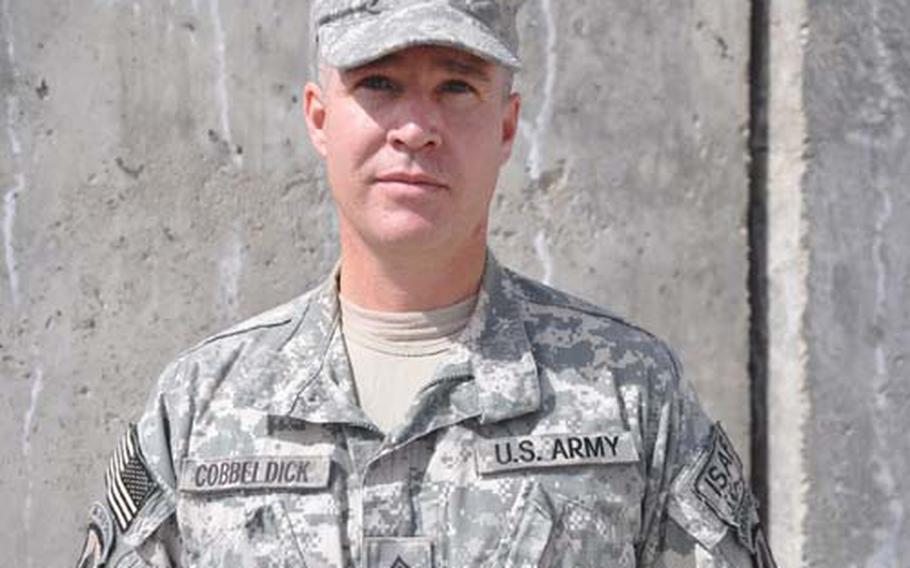 FORWARD OPERATING BASE SHANK, Afghanistan &#8212; &#8220;The Congressman&#8221; has lost both of his elections, but it hasn&#8217;t stopped him from gaining scores of loyal supporters at this base in Logar province.

&#8220;You keep good people in a good organization by taking care of them, and Sgt. Cobb does that,&#8221; said Maj. Tom Gilleran, who works with Cobbeldick in the public affairs office of the 173rd Airborne Brigade Combat Team.

In 2004, Cobbeldick ran an insurgent campaign for the chance to run against Kucinich, a Democrat, to protest the proposed closing of a local veterans affairs hospital. He ran as a Republican but says he&#8217;s an ardently independent voter and joined a party mainly because it&#8217;s difficult for an independent to get on the ballot.

Cobbeldick raised $1,700 and finished second of five candidates in the Republican primary. He said he knew his chances would have been slim against the entrenched and popular incumbent, but ran mainly to raise the issue of the hospital.

Later he ran for mayor of his hometown, Bay Village, Ohio, running third in a five-way race.

Finally, in January 2009, Cobbeldick skipped right to the top. For nine hours he played the part of then-outgoing President George W. Bush during rehearsals for Barack Obama&#8217;s inauguration and got to meet Obama and Bush.

Despite the setbacks, Cobbeldick said he enjoyed politics and plans to run for office again when he retires from the Army.

While he ponders his political future, though, Cobbeldick has returned to where he says he was meant to be &#8212; the military. He&#8217;s done a little bit of everything in civilian life &#8212; working as a newspaper copy editor, airport manager, a small-business owner and a human resources consultant, among several other jobs &#8212; and has served with the Marines, Marine Reserves, Utah National Guard, Army Reserves. He&#8217;s now active-duty Army.

He said he rejoined the military in 2006 in part because of guilt he felt that he wasn&#8217;t deployed in the Persian Gulf War when he was a Marine. Cobbeldick, who has a bachelor&#8217;s degree in management, applied to be an officer, but was told he was too old, so he enlisted. Now he is deployed for the first time, at age 47.

Because of his time out of military and swapping between the Marines and Army, Cobbeldick is much older than most staff sergeants. He is married with four children, two of them older than some of the soldiers on his base, and he takes some good-natured ribbing for his age, which he said he doesn&#8217;t mind.

He&#8217;ll sit down and play chess with his soldiers after work and make sure everything is OK in their personal lives, Gilleran said. He even helps prospective officers with their applications.

He&#8217;s also constantly joking with everyone, from officers to subordinates to the guy who runs the Morale, Welfare and Recreation room.