After driving Kuwait-Iraq convoys for a year, unit is back in Germany 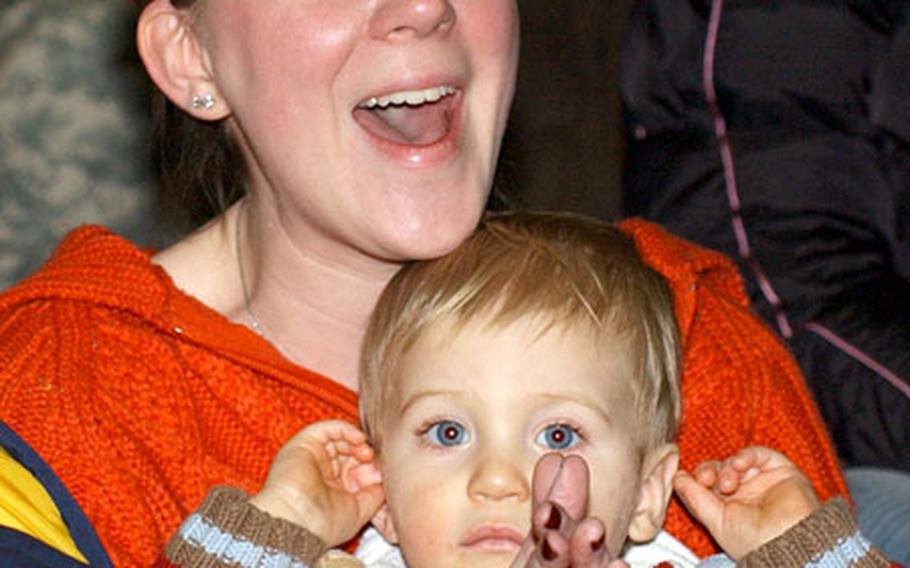 MANNHEIM, Germany &#8212; Back in Germany, Army Spc. Michael Hatcher of the 70th Transportation Company says his first convoy from Kuwait to Iraq was the most memorable of his yearlong deployment.

The &#8220;good people&#8221; around Hatcher were the 140-plus soldiers of the 70th Transportation Company out of Mannheim. Earlier this month, the company returned from its Operation Iraqi Freedom deployment.

From its base at Camp Arifjan, Kuwait, the company delivered supplies via convoys to every forward operating base in Iraq. On average, the missions lasted eight to 10 days. During its deployment, the company performed 157 convoys into Iraq and more than 500 local missions, putting roughly 2.1 million miles on its vehicles.

&#8220;Any unit that was deploying or redeploying in the theater, we were responsible to provide them with line haul to exactly where they were going and also all sustainment stockages,&#8221; said the company commander, Capt. Tim Zetterwall, 30, of Seattle.

From roadside bomb explosions to small-arms fire, the company experienced 22 incidents during its January 2005 to January 2006 deployment. About 70 soldiers &#8212; roughly half of the company &#8212; earned Combat Action Badges.

Company 1st Lt. Anthony Freda earned a Bronze Star Medal with Valor when his convoy was attacked in downtown Baghdad. A foreign-national driver in his convoy had been shot. Enemy snipers were taking pot shots at the convoy. Freda quarantined the area, called in Apache helicopters for air support and radioed for medevac to transport the wounded foreign national. Freda was credited with saving the man&#8217;s life.

With the constant threat of roadside bombs and ambush, traveling through Iraq on a convoy is arguably the most dangerous mission in the country. So what&#8217;s it like going through a known hot zone?

The company was reunited with friends and family members in Mannheim at a welcome-home ceremony on the evening of Jan. 6. Following the ceremony, Moyeno went straight to downtown Mannheim and ate a d&#246;ner kebab.