After coming back from the brink on Syria, US keeps Patriots at the ready 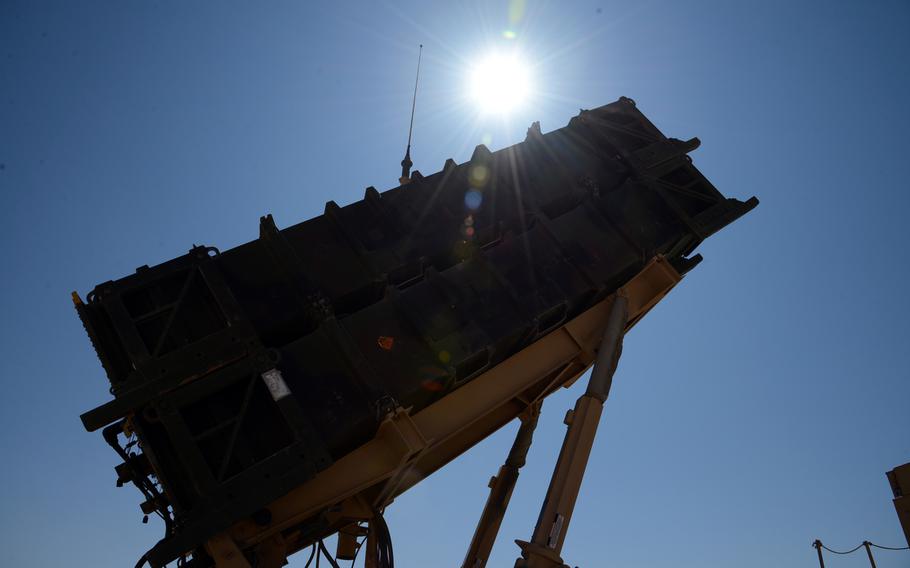 Buy Photo
A Patriot missile launcher of the 3rd Battalion, 2nd Air Defense Artillery, stands ready at a Turkish army base in Gaziantep, Turkey. Defense Secretary Chuck Hagel said Monday that the United States will continue its deployment of two Patriot batteries for up to one additional year, in response to a Turkish request. (Michael Abrams/Stars and Stripes)

STUTTGART, Germany — For a brief time in late summer, President Barack Obama appeared poised to order U.S. military action against Syria in retaliation for the alleged use of chemical weapons by the regime of Bashar Assad.

In late August, U.S. Navy destroyers were in position in the eastern Mediterranean to launch a series of missile strikes if called upon.

“The Defense Department has a responsibility to provide the president with options for contingencies, and that requires positioning our forces, positioning our assets, to be able to carry out different options — whatever options the president might choose,” Defense Secretary Chuck Hagel said at the time.

Strikes involving the U.S., France and Britain seemed days, if not hours away. Then, to the surprise of many, the British parliament voted to reject plans to join any US-led attack.

Obama then called for pause. Rather than strike on his own authority, Obama sought the backing of Congress, a decision praised by supporters and ridiculed by opponents.

With Congress polarized, Obama’s hopes of winning bipartisan support for strikes appeared doomed. However, in early September an off-the-cuff remark by Secretary of State John Kerry that military strikes could be averted if Syria relinquished its weapons gave Russia, a vocal opponent of U.S. plans for a strike, an opportunity to seize the moment. What happened next — a diplomatic deal that involved the turning over by Syria of its weapons to international inspectors — ultimately averted U.S. military action. In the aftermath of the deal, world attention has largely shifted away from Syria, where a bloody civil war rages on even as inspectors continue to make progress on the destruction of chemical weapons.

It has been three years since the Arab spring unleashed a wave of pro-democracy movements across the Middle East and North Africa. The upheaval has resulted in assorted security vacuums.

Libya has descended into a virtual failed state in the wake of the 2011 NATO campaign to topple the regime of Moammar Gadhafi. Egypt also has struggled to find its footing, with scores of massive political protests threatening a similar state of chaos. Such conditions have put a rapid reaction force of southern Europe-based U.S. Marines on alert several times in 2013.

Meanwhile, hundreds of U.S. soldiers remain in southern Turkey near the border with Syria, where Patriot anti-missile batteries have been deployed for a year in the event the crisis spills into NATO territory. Concerns also continue to mount over the rise of al-Qaida-like groups in Syria, where they have established a firm presence and are now leading opposition attacks on government forces.

How events will unfold in 2014 remains to be seen, but in December the Army’s Germany-based 5th Battalion, 7th Air Defense Artillery Regiment, deployed to Turkey, where it is expected to remain on guard through much of the year.