After brain surgery, sky's the limit for 'stand-out' airman 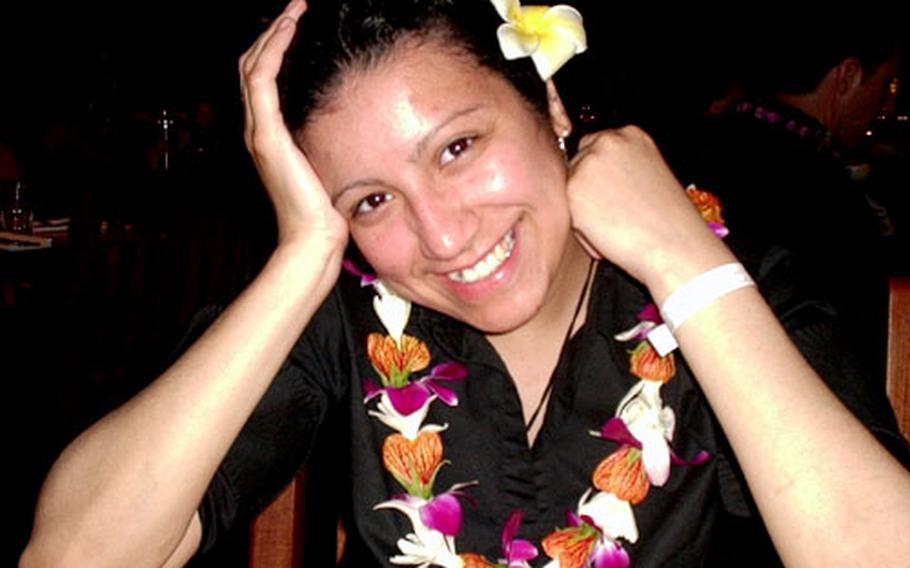 Senior Airman Abigail Foster, two days before undergoing brain surgery to remove a tumor a year ago at Tripler Army Medical Center in Hawaii. Foster has since made nearly a full recovery and this week re-enlisted in the Air Force for another five years. (Photo courtesy of Abigail Foster)

Senior Airman Abigail Foster, two days before undergoing brain surgery to remove a tumor a year ago at Tripler Army Medical Center in Hawaii. Foster has since made nearly a full recovery and this week re-enlisted in the Air Force for another five years. (Photo courtesy of Abigail Foster) 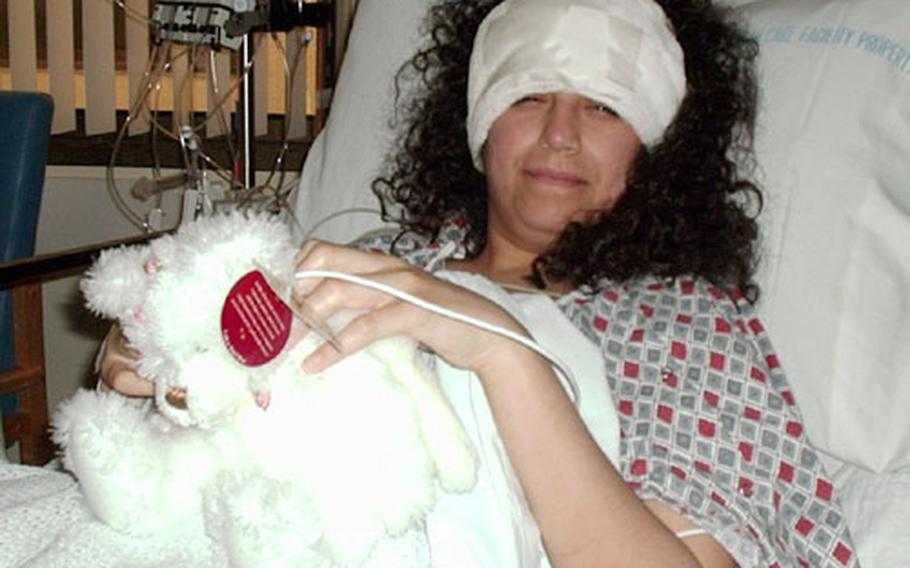 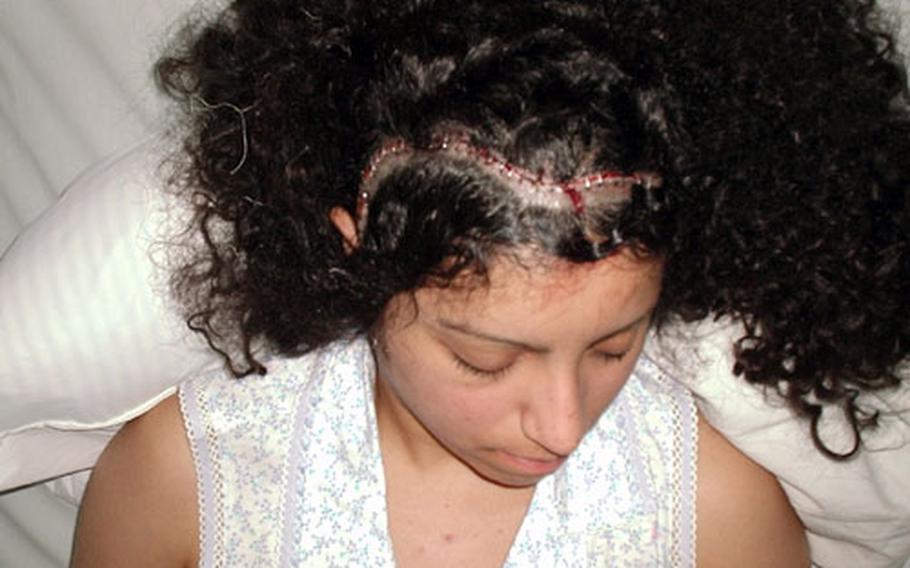 Five days after brain surgery to remove a tumor in April 2004, Senior Airman Abigail Foster has a scar measuring about 13 inches across. (Photo courtesy of Abigail Foster) 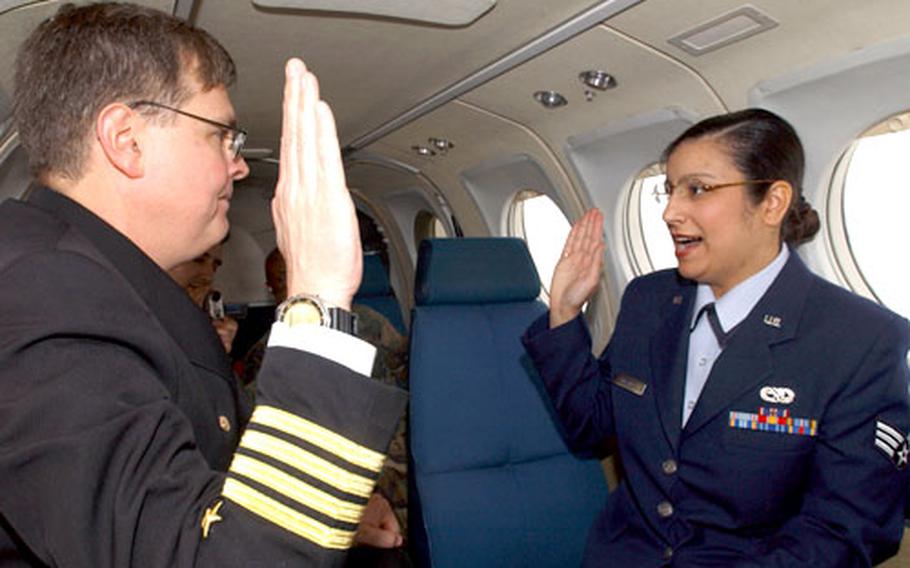 MISAWA AIR BASE, Japan &#8212; A year after undergoing surgery to remove a brain tumor, Senior Airman Abigail Foster was on cloud nine.

Last week, Foster learned the Air Force would allow her to continue in the service; on Wednesday, 15,000 feet above Misawa on a Navy C-12 plane, Foster re-enlisted for another five years.

Administering the re-enlistment oath was Capt. Wayne Radloff, Naval Air Facility Misawa commander, who offered to re-enlist Foster and suggested they perform the ceremony in the sky to make it memorable.

Upon returning to work after surgery, and during her recovery, Foster was moved to the 35th Fighter Wing&#8217;s protocol office to help with administrative tasks. Most recently, she was assigned to be noncommissioned officer-in-charge of the First Term Airmen&#8217;s Center, a temporary duty usually lasting 90 to 120 days.

Even after a mass the size of a golf ball was found in her brain, Foster said she didn&#8217;t worry about death. She was more concerned the Air Force would tell her to walk after five years and four months of service.

&#8220;She thought it was a foregone conclusion that the Air Force would separate her because of her condition,&#8221; said Master Sgt. Ronald Roper, Foster&#8217;s supervisor at FTAC.

When she learned otherwise, Foster had no special plans for her re-enlistment until she bumped into Radloff at the gym.

Radloff called Foster &#8220;a stand-out airman &#8212; she caught my attention.&#8221; During his 26 years in the Navy, Radloff said, he&#8217;s re-enlisted soldiers but Foster was the first airman; airmen can ask an officer from any service to administer the re-enlistment oath.

For Foster, the occasion was a chance to partake in Navy tradition, where re-enlistment ceremonies are unique and memorable, according to Radloff. The officer chosen usually is bound by the wishes of the sailor, as long as it&#8217;s appropriate, safe and within reason, Radloff said. Some sailors choose to re-enlist on a flight deck or while scuba diving; others want their family and friends by their side. Earlier this year, Radloff re-enlisted a sailor in front of a Shinto shrine off base.

Foster said she&#8217;s almost made a full recovery. The double vision is gone, though her left cheek is permanently numb. She&#8217;s slowly resuming running, push-ups and sit-ups. In May, although already legally married, she and her husband, Brett, will exchange wedding vows at Misawa&#8217;s base chapel. Above all, she&#8217;s thankful to be alive and to still have an Air Force career.

She received a selective re-enlistment bonus of $32,000 in exchange for another five years, with plans to return to the maintenance career field.