After a year in Afghanistan, Kaiserslautern support unit comes home 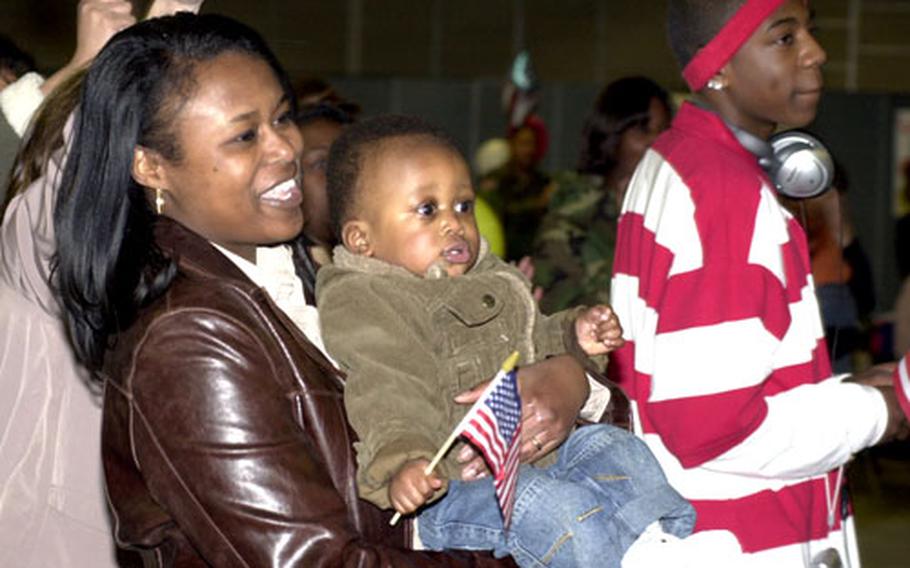 Loved ones welcome home members of the 29th Support Group to Kaiserslautern, Germany, on Monday after the unit’s yearlong deployment to Afghanistan. (Steve Mraz / S&S)

Loved ones welcome home members of the 29th Support Group to Kaiserslautern, Germany, on Monday after the unit’s yearlong deployment to Afghanistan. (Steve Mraz / S&S) 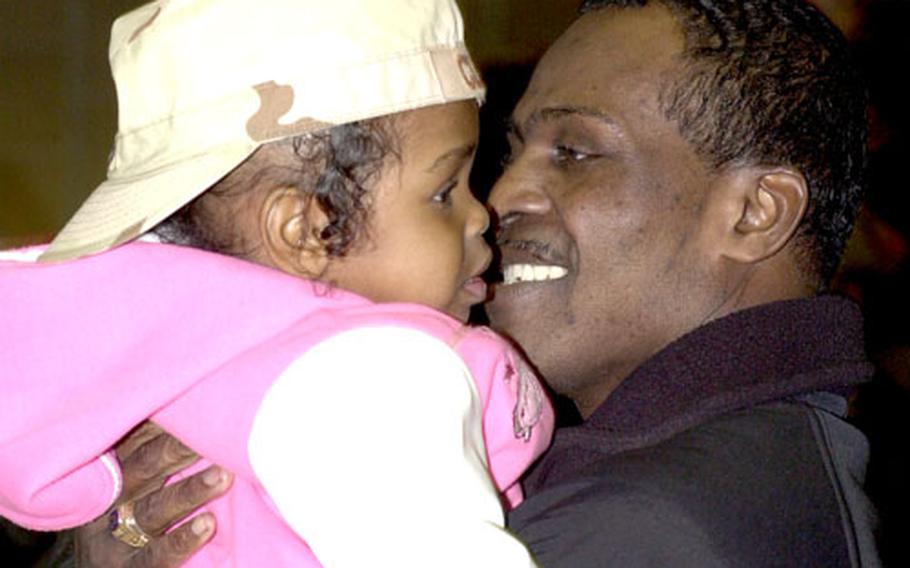 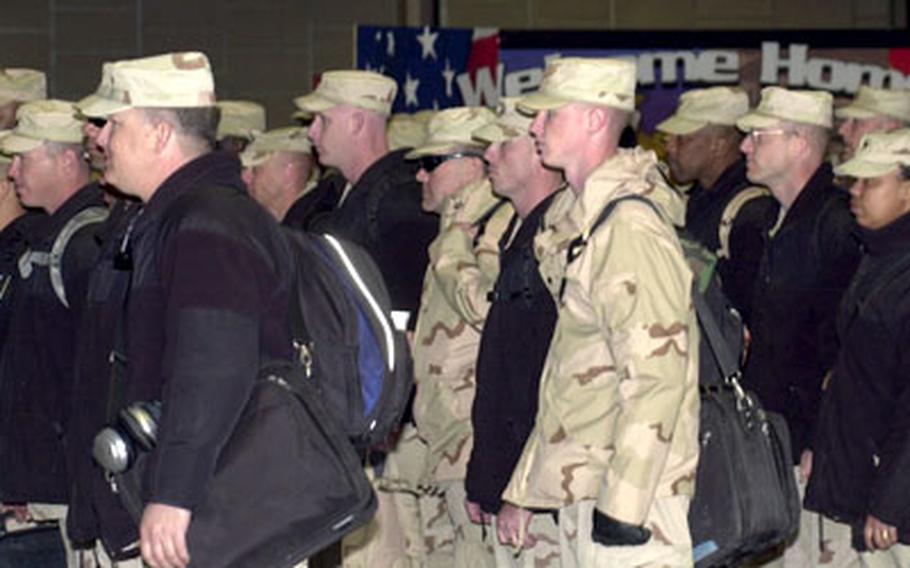 KAISERSLAUTERN, Germany &#8212; Brig. Gen. Scott G. West, commander of the 21st Theater Support Command, briefly teased friends, family members and loved ones of the 70 soldiers with the 29th Support Group who had just arrived home after their yearlong Afghanistan deployment.

West kept his comments short, but did congratulate the soldiers for their deployment to Afghanistan, where they provided logistics support across Afghanistan.

During its deployment, the 29th Support Group headed the Joint Logistics Command, which was composed of 1,200 soldiers, sailors, airmen and Marines working logistics throughout Afghanistan.

For example, the unit supported provincial reconstruction teams in western Afghanistan, the closure of Karshi-Kanabad Air Base in Uzbekistan, flood relief in Afghanistan and earthquake relief in Pakistan, said Col. Walter Sawyer, commander of the 29th Support Group and former commander of the Joint Logistics Command.

Shortly thereafter, the soldiers broke formation and were greeted with open arms by their loved ones.