After a tour in the Pacific, many servicemembers find it difficult to get back into the American swing of things 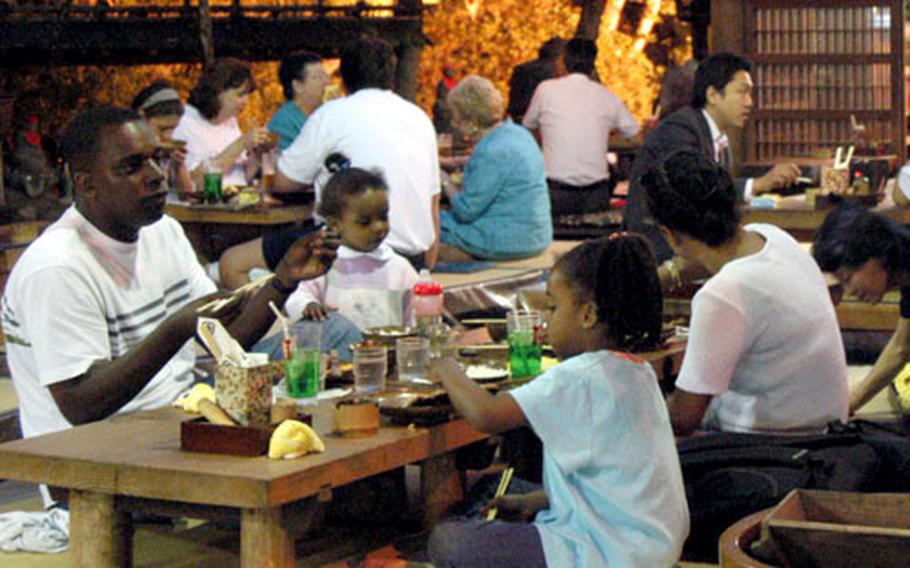 American families in Japan grow accustom to Japanese manners — from taking off their shoes and sitting at a low table on tatami to using chopsticks. (Stars and Stripes)

American families in Japan grow accustom to Japanese manners — from taking off their shoes and sitting at a low table on tatami to using chopsticks. (Stars and Stripes) 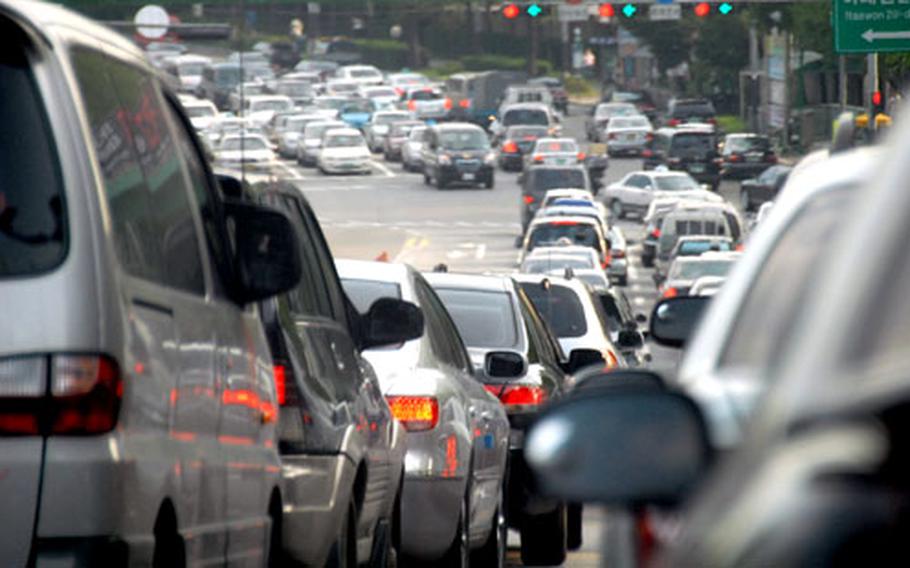 Servicemembers who have driven amid heavy traffic and aggressive drivers in South Korea say it’s difficult to get used to relatively mild driving in the States. (Ashley Rowland / S&S) 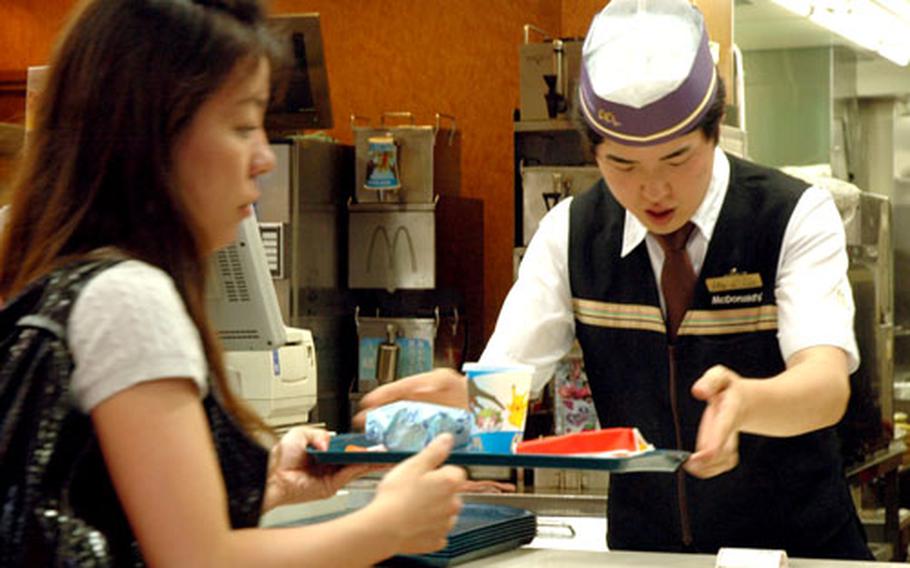 Even at American fast food restaurants like McDonald’s, service in Japan comes with a smile and a bow. (Teri Weaver / S&S) 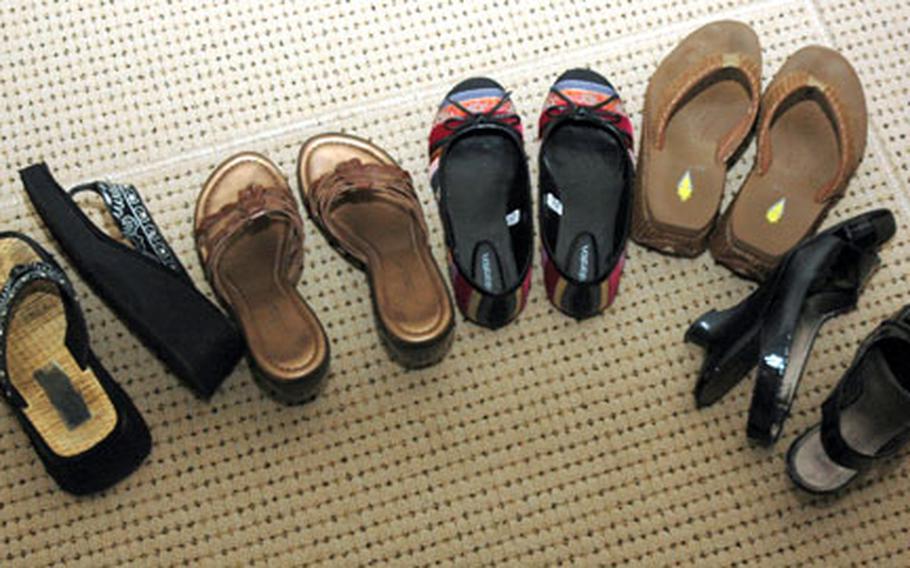 Americans who have lived in Japan for years say they maintain the adopted tradition of leaving shoes in the doorway when they return to the States. (Teri Weaver / S&S)

Spend a week in Japan or South Korea and you&#8217;ll quickly find yourself adopting local habits, from taking your shoes off at the door to deftly wielding the chopsticks you thought you would never figure out.

Spend two or three years in Asia, troops and their families say, and those habits &#8212; good or bad &#8212; have fully embedded themselves into your way of life. And returning to the States can bring a rude shock, some say.

"The biggest shock was when I got behind the wheel of my car my first few days back in Arizona," said Army Sgt. 1st Class Mark Porter, who served five years in South Korea on two tours. "Traffic in Korea is much more dense than most areas I&#8217;ve driven in the States, and you have to be very aggressive to get where you&#8217;re going. Back in Arizona, I would constantly catch myself driving more aggressively &#8230; it was like I was in a race but the other drivers didn&#8217;t know it."

Even with the crazy traffic, Porter said that he didn&#8217;t worry as much about his children while stationed in Seoul.

"I do miss being able to send our kids out to play without worrying that someone might do something bad to them," he said from his current base in Maryland. "I know that doesn&#8217;t happen very often here, but it&#8217;s unheard of in Korea &#8230; I never worried that someone might harm our children while we were living in Seoul."

Like most people assimilating to a new culture, Porter picked up some of the language, a tough habit to break back in America.

"I said &#8216;ne&#8217; to almost everyone over the first couple weeks," he said. Koreans pepper their conversations with "ne," a form of acknowledgement or agreement.

And he still follows the Korean custom of placing his left hand under his right arm when giving something to someone, including "paying at a store or tipping the bagger at the commissary."

Maj. Robert Marshall, who spent three years outside Tokyo at Yokota Air Base with his wife and children, said his family still answers questions with the Japanese affirmative "hai" at their new base in Florida.

His family also fell into the Japanese habit of taking their shoes off at the door before entering a home.

"Once we buy a house, we definitely will continue to remove our shoes when we enter the house," he said. And favorite Japanese foods and snacks "will become staples," he said.

Leaving a country famed for its customer service and returning to America was a shock, Marshall said.

"The biggest shock to my wife and I is the difference in personal pride between U.S. citizens and Japanese citizens," he said. "Go to a McDonalds and see the difference in work ethics and products. No matter what the job is, the Japanese workers I remember always performed to the best of their ability. That is not the case in the U.S. anymore."

And Chief Warrant Officer-3 Shane Studer experienced the shock of moving home twice: he&#8217;s now back on Okinawa for a third tour. This time, however, he&#8217;s with his family.

They quickly noticed the differences between customer service on Okinawa and what they were used to in America.

"When you go into one of their stores (on Okinawa), they appreciate it," he said. "You learn to communicate enough that everyone is happy."

He compared that with what he found in a popular American department store.

Studer liked Okinawa enough to return with his family. Marshall and his family said they wouldn&#8217;t mind another overseas tour after leaving Florida.

And when asked if he ever thinks about another tour in South Korea, Porter didn&#8217;t mince any words.

"Every day," he said. "I&#8217;d love to take the whole family back and let them experience a few years outside of America."

Greetings are very formal and ritualized, and it&#8217;s important to show the correct amount of respect and deference to someone based upon their status relative to your own. And plan on doing some bowing. The deeper you bow, the more respect you show.

Gift-giving is highly ritualistic and meaningful, and the way something is wrapped is just as important as the gift itself. Good quality chocolates or small cakes are good ideas. But lilies, camellias or lotus blossoms are not &#8212; they are associated with funerals.

When entering a home, remove your shoes before entering and put on the slippers left at the doorway. If you go to the toilet, put on the toilet slippers and remove them when you are finished.

It will yield tremendous dividends if you learn to use chopsticks. Never point your chopsticks nor use them to pierce your food. Place them on your chopstick rest when you drink or speak. And never have two people pick up the same piece of food together with chopsticks. The use of chopsticks together is only done at a special cremation ritual.

Greetings follow strict rules of protocol. Many South Koreans shake hands with expatriates after the bow, thereby blending both cultural styles. The person of lower status bows to the person of higher status, yet it is the most senior person who initiates the handshake.

Gifts express a great deal about a relationship and are always reciprocated, so it is inconsiderate to give someone an expensive gift if you know that they cannot afford to do the same. Fruit, good quality chocolates or flowers are a good choice if visiting someone&#8217;s home. Giving four of something is considered unlucky, but seven of an item is considered lucky.

When dining at someone&#8217;s home, wait to be told where to sit. There is often a strict protocol to be followed, with the oldest or most senior person initiating the eating process.

Don&#8217;t be surprised if your host walks you to the gate or car because it is insulting to wish your guests farewell indoors.