After a slow start, snow is now blanketing Misawa 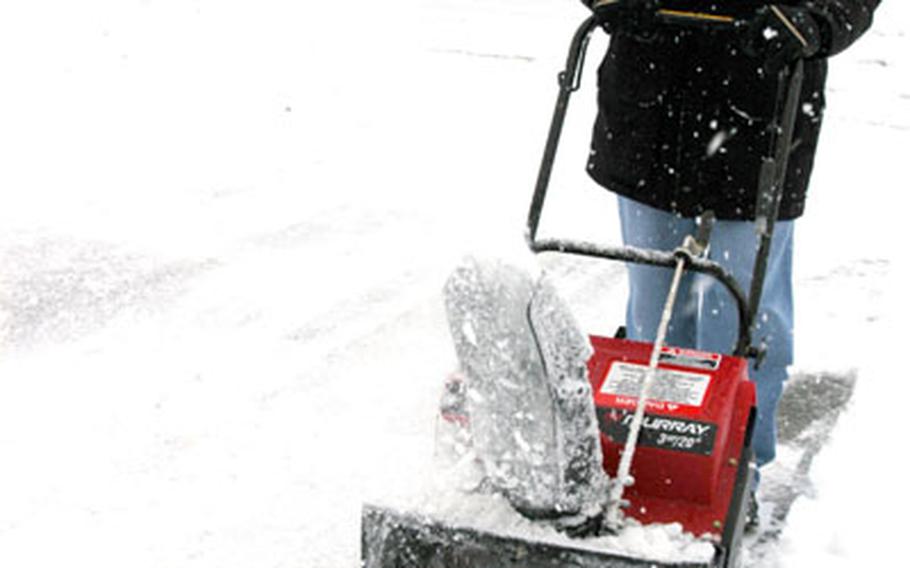 Rolly Flores revs up his snowblower in front of his main base house at Misawa Air Base on Tuesday. (Jennifer H. Svan / S&S)

Rolly Flores revs up his snowblower in front of his main base house at Misawa Air Base on Tuesday. (Jennifer H. Svan / S&S) 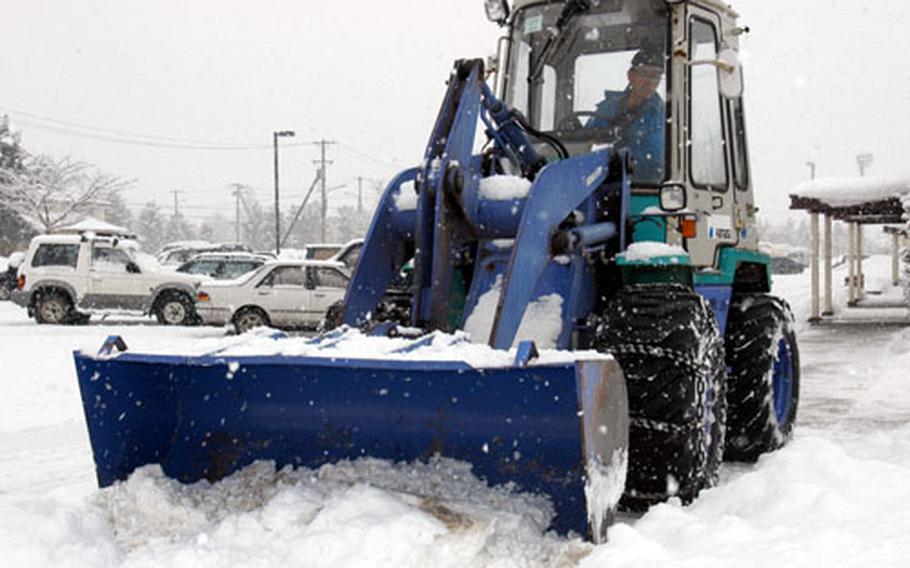 MISAWA AIR BASE, Japan &#8212; Airman Dimika Singleton, 18, had never touched snow before her first Air Force assignment uprooted her from Tampa, Fla., to northern Japan less than a month ago.

The novelty quickly wore off.

Winter is far from over in Misawa, and snowfall to date this season is hovering around 98 inches, according to Capt. Stephen Barlow, commander of 35th Operations Support Squadron weather flight. In February, it&#8217;s snowed on more than half the month&#8217;s 15 days so far, with about 27 inches accumulating.

Snow usually blankets northern Japan for much of the winter, but this year, base sidewalks and roads remained dry until late December; ski areas pushed back opening dates and locals wondered if a repeat of 2004, when only 78 inches accumulated, was on order. But shortly after the calendar made winter official on Dec. 21, the snow blew in and hasn&#8217;t let up since.

The highest monthly snowfall total was a whopping 49.6 inches in January; the average for the month is 38.3 inches, Barlow said. In January, there were 19 days when more than a trace of snow fell &#8212; up to 7.1 inches. The most snow that fell at one time this season was 10.6 inches on Feb. 10.

The heavy snowfall has prompted officials in Aomori Prefecture to set up a temporary headquarters to assist residents with preventing accidents and advise farmers on protecting crops, said a disaster prevention and fire defense official Tuesday. The maximum accumulation from a single snow event reached 63 inches &#8212; the sixth highest on record. Areas north and west of Misawa in the mountains traditionally receive a lot more snow than Misawa city.

That&#8217;s good news for base residents like Tanya Crisostomo, a military spouse.

For some base residents, the persistent snow necessitates other forms of exercise: Sidewalks in family housing areas must be cleared before the start of school.

Hana Kusumoto contributed to this report