After a half-century, Korean War hero is awarded the Medal of Honor 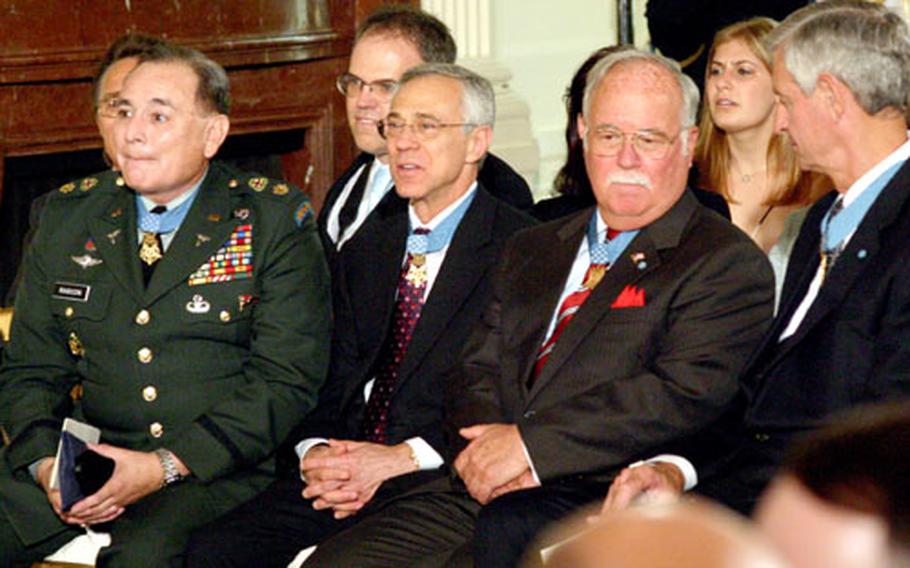 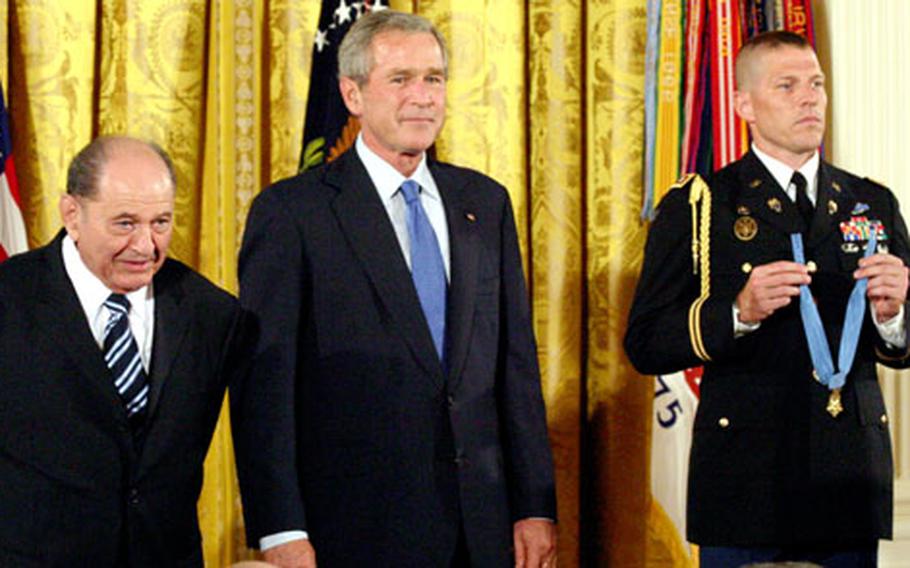 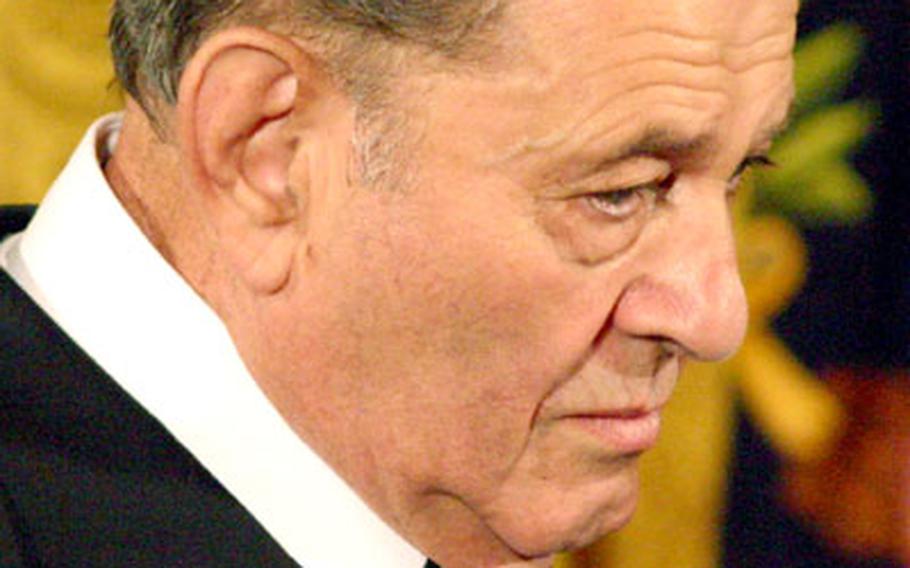 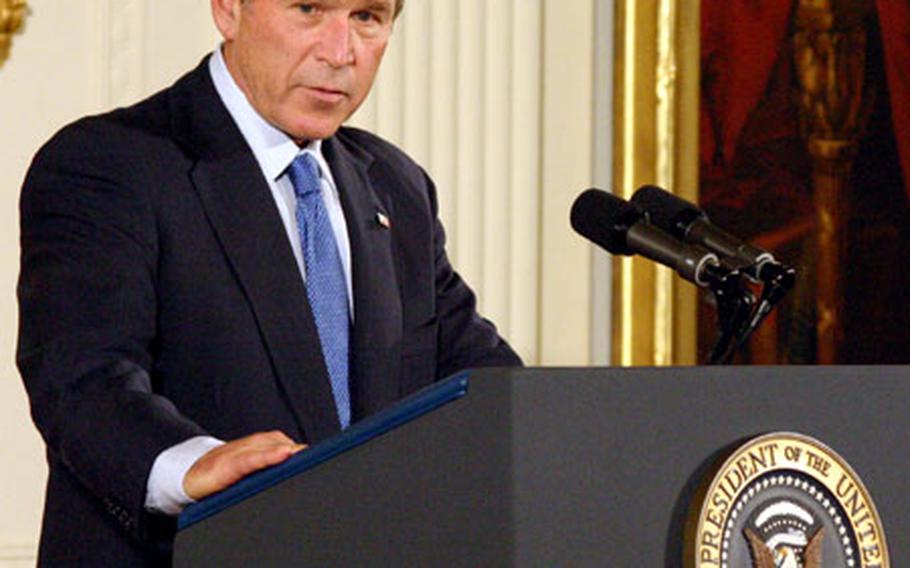 President Bush speaks at Friday&#39;s ceremony. Bush called Tibor Rubin "one of the best ever to wear the uniform” and an inspiration to all Americans. (Joe Gromelski / S&S) 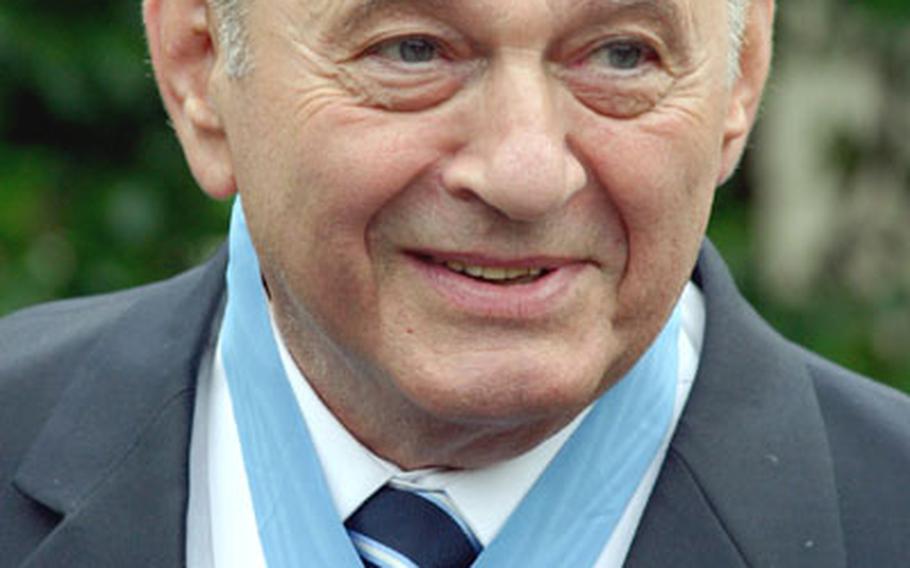 Tibor Rubin proudly wears his Medal of Honor as he talks to reporters outside the White House. (Joe Gromelski / S&S)

WASHINGTON &#8212; Just minutes after Tibor Rubin received his medal of honor at a White House ceremony Friday, he announced he still wanted to do more for his country.

Rubin was honored for his selflessness in battle and as a prisoner of war, actions which Army officials said saved hundreds of American lives. On Friday, several of those men joined top defense officials at the White House to thank and honor him for his service.

President Bush, who presented Rubin with his medal, called the war hero &#8220;one of the best ever to wear the uniform&#8221; and an inspiration to all Americans.

Rubin, 76, was born in Hungary and sent to the Nazi concentration camp in Mauthausen, Austria, as a boy. His parents and a sister were killed during their imprisonment, but Rubin survived for 14 months and was freed when American soldiers stormed the camp.

He swore to pay back the country for that freedom, and eventually emigrated to America and joined the Army. He was sent to North Korea in 1950 with the 8th Cavalry Regiment and distinguished himself for bravery in battle during several firefights around Pusan.

In once instance, Army officials said, he took hold of his unit&#8217;s only remaining weapon &#8212; a machine gun whose previous three gunners had been shot &#8212; and held off an advancing force long enough for his troops to retreat.

During that escape he was captured, but the North Koreans offered to return him to Hungary rather than keep him prisoner.

In prison, Rubin snuck out of his barracks at night to steal food for weaker prisoners and acted as doctor and funeral director for the dying troops. Army officials said those actions also saved dozens of lives and kept other soldiers from giving up.

Military and Jewish groups have been lobbying for Rubin to receive the military&#8217;s top honor for years, saying that anti-Semitic officers kept reports of the corporal&#8217;s heroic actions quiet. For his part, Rubin said he didn&#8217;t mind the wait.

Rubin is the 3,461st person to receive the Medal of Honor, first authorized in 1861 to honor valor in combat. Korean War veterans have received 132 of them.