After 37 years, Army cook hangs up his spatula 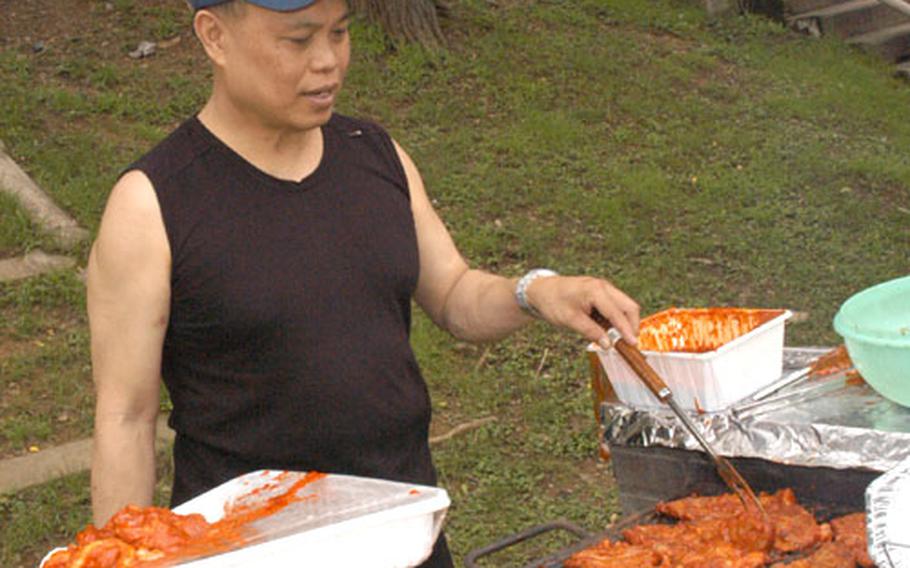 But a cook he was, and by the end of his tour he was serving food in Vietnam. When Villon, now a chief warrant officer, learned his kid brother was called to Vietnam as well, he re-enlisted to serve his brother&#8217;s war tour for him.

He decided to stick with his Army career, becoming a warrant officer in 1981.

Villon, 57, since has evolved into the Army&#8217;s top food service technician in South Korea, assigned to the food service section of the maintenance, supply and services branch under the U.S. Army Installation Management Agency-Korea Region Office.

On Tuesday, the soldiers and civilians he works with around the peninsula came to Yongsan to toast Villon during a surprise retirement picnic. Ever the cook and perfectionist, Villon, who retires this month, manned the grill at his own party.

Villon&#8217;s command also planned for this week a retirement and award ceremony, where KORO&#8217;s director, Brig. Gen. H.T. Landwermeyer Jr., was to present Villon with a Legion of Merit.

But retirement may not be the end of the road for Villon&#8217;s work in South Korea. After a trip home to Hawaii, Villon will reapply for his current job, which is being converted to a civilian position.

For now, Villon said he would miss working with soldiers, especially overseas, where separation from home brings everyone closer. And those who work for and with Villon said they would miss his professionalism and patience.

Kim Tong-sop, KORO&#8217;s subsistence manager, said that in the few years he has worked with Villon, there has been nary a complaint from soldiers about their food, even at holidays &#8212; proof positive he does his job well.

Villon said the food service industry has changed substantially since he started.

Despite his impromptu entry into the Army, Villon said he&#8217;s happy he stayed and joined food service.