AFRICOM to rely on local knowledge in lieu of African headquarters 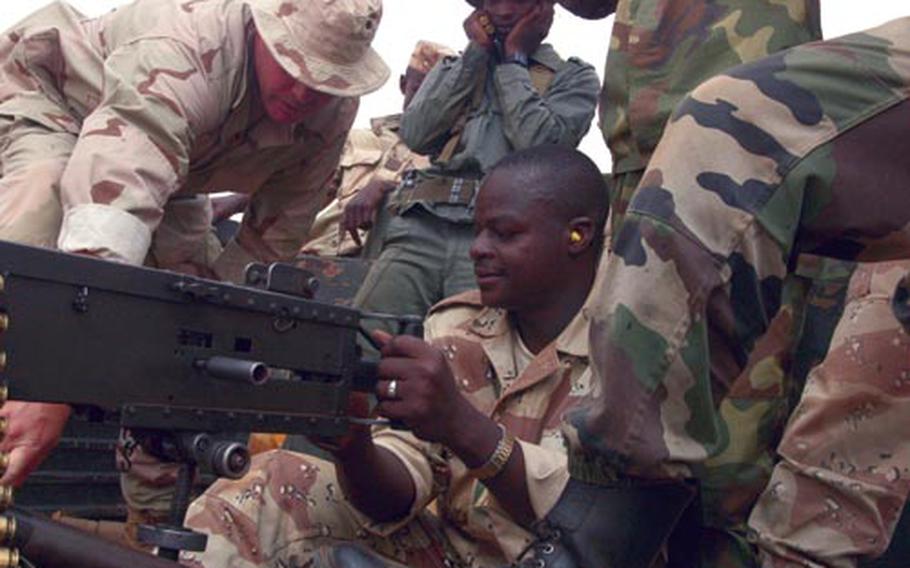 A soldier with 20th Special Forces Group works with Nigerien soldiers on firing a .50-caliber machine gun during military to military training in Tahoua, Niger, in June 2005. Niger is one of nine countries that falls under Operation Enduring Freedom Trans-Sahara, an anti-terrorism program to be taken over by the new U.S. Africa Command. (Charlie Coon / S&S)

A soldier with 20th Special Forces Group works with Nigerien soldiers on firing a .50-caliber machine gun during military to military training in Tahoua, Niger, in June 2005. Niger is one of nine countries that falls under Operation Enduring Freedom Trans-Sahara, an anti-terrorism program to be taken over by the new U.S. Africa Command. (Charlie Coon / S&S) 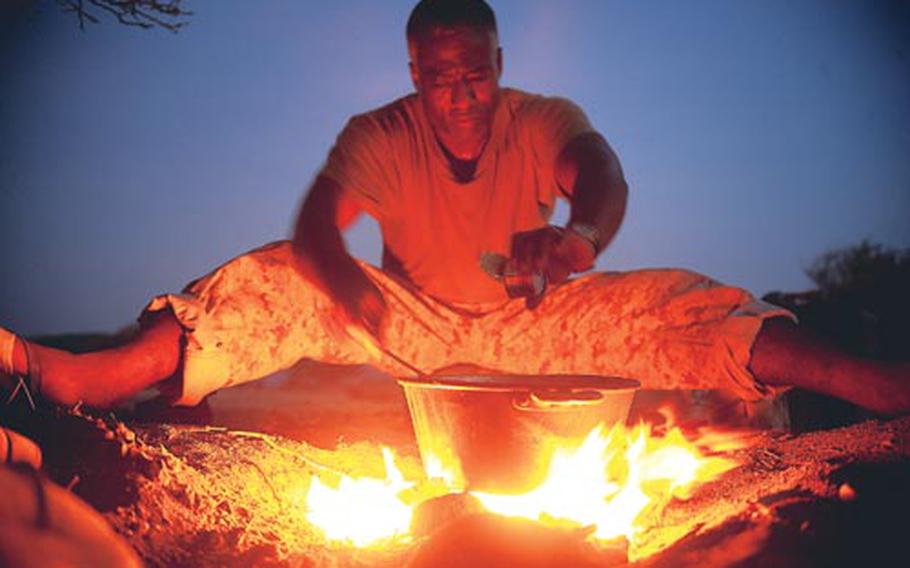 TUNIS, Tunisia &#8212; In the caffeine-fueled hallways of the Pentagon &#8212; or in the Pentagon-like offices of Stuttgart, Germany &#8212; some might be surprised to learn that people elsewhere do business more slowly.

They talk about life, enjoy formal lunches and even take breaks during the work day. And if their Type A visitors (Americans) get a little twitchy, well, they&#8217;re just going to have to chill out.

"It takes two weeks to get a simple answer to a simple question," said Army Maj. Robert Fisk. "Everything must be in writing. E-mails are not formal requests."

Such is life in Tunisia, where relationship-building comes before business, and where Fisk is the bilateral relations officer at the Office of Security Cooperation at the U.S. embassy.

Fisk&#8217;s office and others like it provide key links between African reality and the U.S. military&#8217;s newest bureaucracy, the Stuttgart-based U.S. Africa Command.

"Africa itself is very diverse," said Maj. Charlene Purtee, Air Force programs officer in Tunis. The five countries at the top [of the continent, including Tunisia] are one style of country.

"[Africa Command staff] are not going to be able to treat all these countries with a cookie cutter."

Tunisia, located in the Arab north, represents just one slice of an Africa mosaic that includes 53 nations and 933 million people.

South of the Sahara, most nations have overwhelmingly black populations. Eastern and southern Africa tend to have British colonialist ties; western and central Africa mostly French, Belgian and some Portuguese.

Africa&#8217;s business climate varies from nation to nation as well.

Despite being the continent&#8217;s largest producer of crude oil, Nigeria operates at only one-third of its installed electric capacity due to old equipment, according to the United Nations.

In Liberia there are three phone lines per 1,000 people; in the Seychelles there is nearly one phone per person, according to the World Bank.

Some African nations are relatively stable, but at least 11 are considered by AFRICOM to be "very high risk" due to rapid urban growth, low availability of cropland or fresh water, and "youth bulge" (40 percent of population under age 15, about double the percentage as the U.S.).

AFRICOM was announced in February 2007. Its goal is to consolidate the U.S. military programs being conducted on the continent, which various commands currently share.

The original plan called for an AFRICOM headquarters to be built in Africa.

A later idea envisioned regional offices. But opposition on the continent as well as other political complexities caused the headquarters plan to be shelved.

As a result, the Stuttgart-based military center is relying more on Fisk and others who have been working in Africa for local knowledge. The Tunis office, for example, was taken over by AFRICOM on May 1 from the U.S. European Command.

"I find that our opinion of what&#8217;s going on is asked more often from the AFRICOM side [than from European Command]," Purtee said. "I don&#8217;t know if that is just part of standing up and the learning curve or if that&#8217;s going to be the long-term norm.

The Tunis office coordinates about 20 missions annually between U.S. and Tunisian troops.

Some training is geared toward the stalking, capturing and killing of enemies, such as recent urban warfare training in Bizerte.

Securing borders is a keen issue in the tourist-reliant nation. Tunisian forces patrol the borders with neighboring Libya and Algeria and watch for boat people slipping off to the Italian island of Pantelleria, 40 miles off the coast.

Some missions are less militaristic.

U.S. troops, for example, have trained with Tunisians on using C-130 airplanes and HH-3 helicopters to fight wildfires, a major issue in the arid nation.

Since the office&#8217;s humanitarian funds can be spent only for buildings and furnishings, the staff recruits partners to finish jobs.

The office recently joined with Japanese sources to build an orphanage and technical school for single mothers in the Muslim holy city of Kairouan. The U.S. is paying for the buildings; the Japanese pay for the teachers and staff.

The office previously worked with French sources to build a school for autistic children and with Tunisians to establish an HIV/AIDS education center.

"These (small missions) are all combat multipliers that make the overall mission successful," Fisk said.

The staff, which holds the checkbook on Tunisia&#8217;s $10 million per year in military aid, is restricted on how the money can be spent. The Tunisians use much of it to maintain their equipment and aircraft.

Gen. William E. "Kip" Ward, the AFRICOM commander, said that being rebuffed over the headquarters has had little impact on the command as it builds up.

About 600 people are currently on board in Stuttgart, and the command is planning to grow to 1,300 people in all.

"The important thing now is standing the command up and bringing in the people, our first group of folks," Ward said. "Any additional issues of presence (in Africa), those are things that will come as we discuss it with potential host nations and State Department."