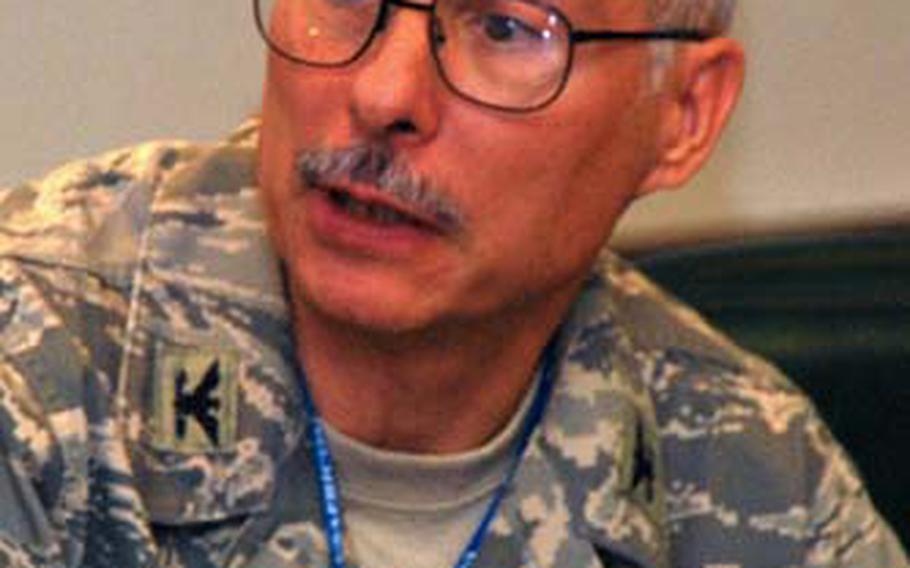 STUTTGART, Germany &#8212; The first step was to get a meeting with the village elder. After getting the OK from him, Dr. (Col.) Schuyler Geller brought in some of his medics to do an outreach operation in a small village in the impoverished African country of Mali.

With the ice broken, the next step was to bring in some medics from the Malian army. Though the Malian military wouldn&#8217;t traditionally be welcomed in the village, where suspicion runs deep, trust had already been established from the medical support offered, said Geller, the command surgeon for U.S. Africa Command.

"We introduced the (Mali) military into this village in a nonmilitary way," said Geller, explaining how medical outreach also can serve as a means for promoting cooperation between sides that have traditionally clashed.

The Mali mission, conducted last summer in western Africa, is one example of the type of work AFRICOM&#8217;s medical staff is engaged in on the sprawling continent where destabilizing public health issues abound.

Unlike other military commands, which deal mostly with treatment and health issues concerning U.S. personnel, Geller&#8217;s mission as AFRICOM&#8217;s top doctor is unique. Geller&#8217;s main focus is on other matters, such as HIV prevention within African defense forces and building up the number of trained medics within the ranks of partner countries.

"Health care is a major issue in Africa," said Geller, during an interview at AFRICOM headquarters in Stuttgart.

And the needs vary. In Madagascar, the main concern could be better malaria diagnostics. While in Liberia the focus is on getting medics trained to support a military that is trying to rebuild after years of civil war.

In the case of the Liberian military, which is without a single medical doctor, medics are forced to give care normally provided by a physician.

The military&#8217;s largest health program on the continent remains the Defense Department&#8217;s HIV/AIDS Prevention Program, which has reached 375,000 in the past decade. Another 46,000 people are being treated with anti-viral medications.

Yet some of these medical outreach projects frequently ripple into the civilian population.

African militaries and ministries of defense are tied much closer to health services than in places such as the United States, Geller said. "Eighty percent of the patient population at military medical clinics are civilian," he said.