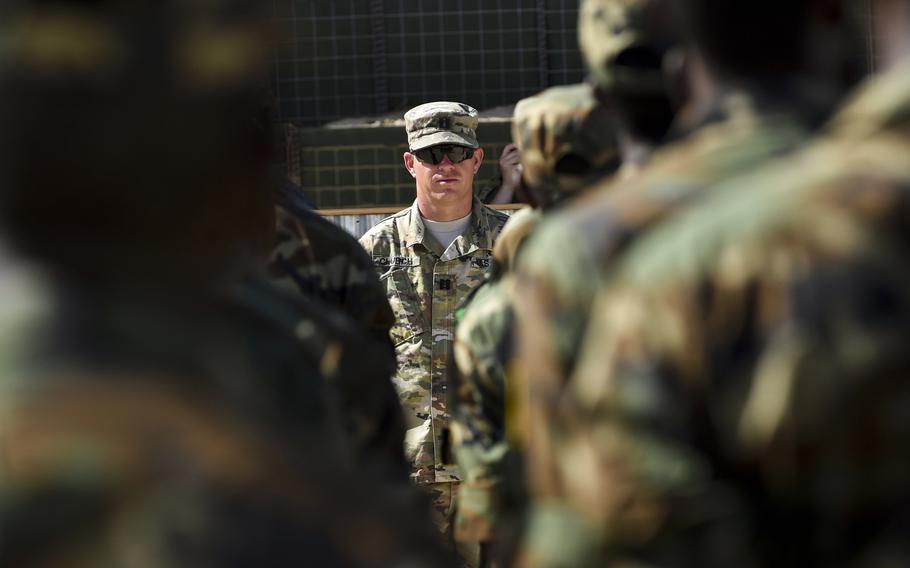 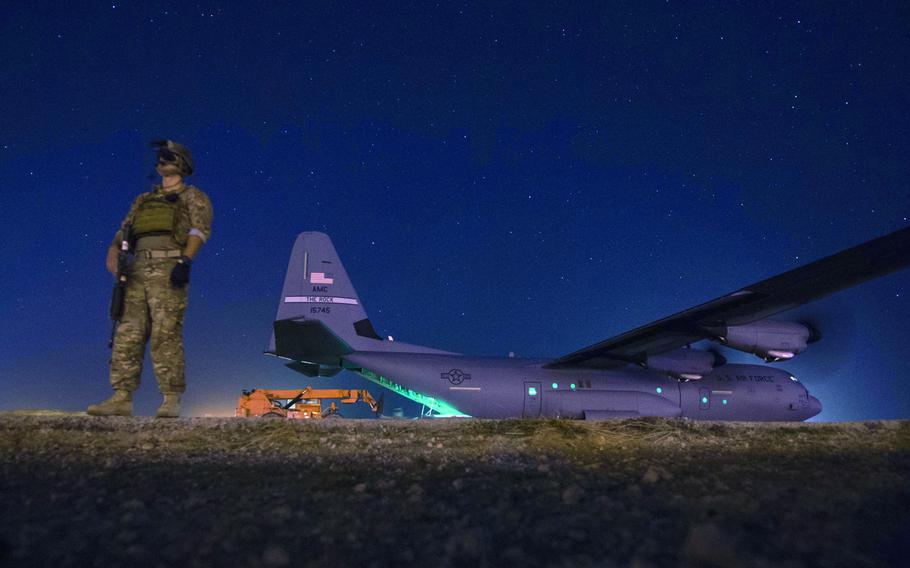 STUTTGART, Germany — Somalia’s new government offers the country its best chance for “lasting peace in over a generation,” and the U.S. military will continue to build up local forces to fight Islamic militants rooted there, U.S. Africa Command said Wednesday.

“Our policy is to support Somalia-led efforts to encourage members of the al-Shabab and [Islamic State] to defect and pledge support to the Somali Government,” AFRICOM said in a 1,600-word statement that sought to explain its mission in the east African country. “When that is not possible, our military policy to target these groups is in accordance with the laws of armed conflict and in support of our broader stabilization goals.”

AFRICOM launched nine airstrikes in Somalia this month, bringing the total for the year to about 30. As U.S. military operations have accelerated in Somalia, the purpose of the campaign and role of American troops have come under increased scrutiny.

The U.S. aim is to establish “a secure enough environment for the broader diplomacy efforts related to national reconciliation and the building of a viable, capable and representative government in Somalia,” AFRICOM commander Gen. Thomas Waldhauser said in the Wednesday statement.

Part of what is driving U.S. efforts is a sense that Somalia’s new government, led by President Mohamed Abdullahi Mohamed, could help unify a country that has been in a state of collapse for 30 years.

Mohamed, who was inaugurated in February, is a dual U.S. citizen who worked at the New York Department of Transportation before becoming president. He ran for office on an anti-corruption platform.

The U.S. campaign is also part of a broader effort to demonstrate that Somalia’s military is gaining capability.

That could give the multinational African Union Mission in Somalia — a military coalition that has led the fight against al-Shabab for a decade — the incentive to extend its deployments beyond 2019, AFRICOM said.

Still, Somalia constantly ranks as one of the most corrupt nations in the world, according to international indexes. The clan-based country also has no history of an effective central government, which raises questions about the long-term prospects of trying to establish order.

African Union officials have acknowledged that Somalia’s fledgling military must improve rapidly if it is going to succeed once their troops depart as planned in 2018. So far, the African Union has not indicated any intention to reverse course.

The U.S. now has more than 500 military personnel in Somalia, quadrupling the number stationed there earlier this year. Some of those forces are assigned to AFRICOM’s Mogadishu Coordination Center, which directed operations with Somalia and African Union troops in a country whose coastline is equal in length to the entire U.S. east coast.