AFRICOM: Resource constraints add risk for US forces in Africa 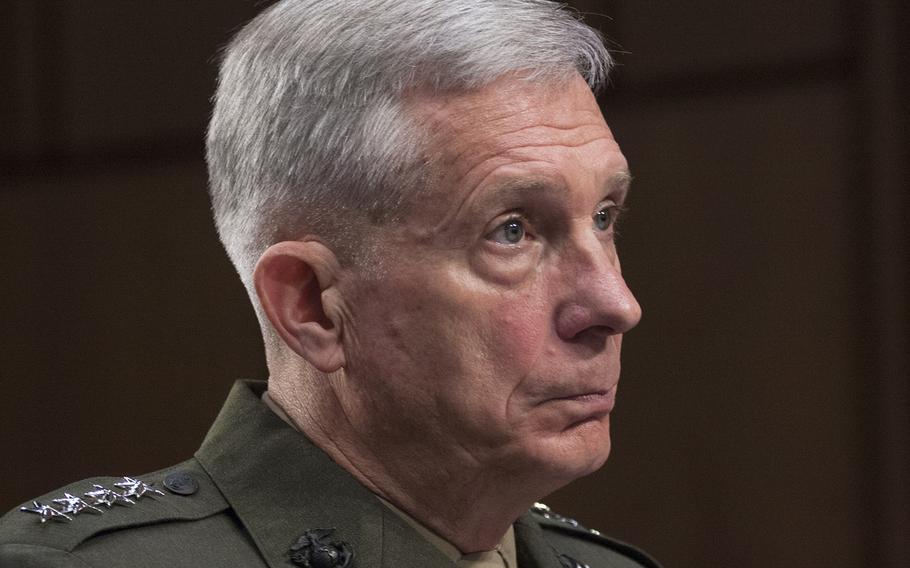 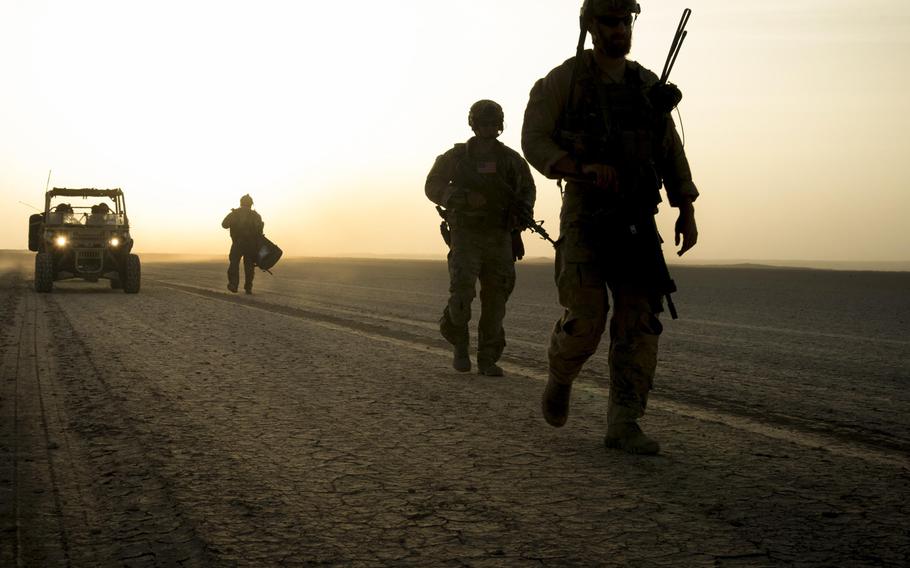 Perhaps the biggest problem is AFRICOM’s ability to respond to potential crises at embassies in Africa, where a lack of manpower and the “tyranny of distance” forces the command to take on added risk.

“Our capability constraints are most profound in our support to the Department of State-led mission to protect U.S. personnel and facilities,” AFRICOM’s posture statement said.

AFRICOM has sought to offset insufficient manpower by placing crisis-response units in various locations in Europe and Africa, along with small outposts scattered across Africa, but “we knowingly accept risk for operations,” the statement said.

Waldhauser, who testified before the Senate Armed Services Committee in Washington, cited a range of security challenges in Africa. In the past year, Islamic militants in Somali have gained territory, and instability in Libya has left that country vulnerable to Islamic State group fighters.

"The instability in Libya and northern Africa, caused by years of political infighting, may be the most significant, near-term threat to U.S. and allies’ interests on the continent. Stability in Libya is a long-term proposition,” Waldhauser said.

In 2016, AFRICOM led Operation Odyssey Lighting, which involved several months of U.S. airstrikes that helped clear an Islamic State stronghold in the coastal city if Sirte. The operation could serve as a model for future operations, according to AFRICOM.

Still, the Stuttgart-based headquarters says it is challenged by insufficient resources in several key areas.

For example, only some 20 percent to 30 percent of the command’s intelligence, surveillance and reconnaissance requirements are being met, AFRICOM said.

In Somalia, U.S. special operations forces advising Somali and African Union troops operate near the front lines in the fight against the militant group al-Shabab, and they now find themselves at increased risk as they support indigenous forces.

Somalia, which has waged a decadelong battle against al-Shabab, also faces a growing famine, which will test the fledgling government’s ability to care for its population, Waldhauser said.

Failure to deal with the humanitarian crisis could undermine the government at a time when the Somali army is set to take the fight against militants without the support of an African Union force that has been largely responsible for most battlefield successes against Shabab. The African Union mission is set to end in 2018.

U.S. forces have stepped up training efforts in Somalia in the hopes of having the country’s military ready to take on the primary role.

In Djibouti, home to the only major U.S. base in Africa, Waldhauser is keeping an eye on China’s construction of a new military base. China will open its naval base later this year, only 4 miles from the U.S.’s Camp Lemonnier.

Waldhauser said he had expressed concerns about “operational security” to the Djiboutian government, citing the presence of the Chinese so close to a base where sensitive U.S. operations are carried out.