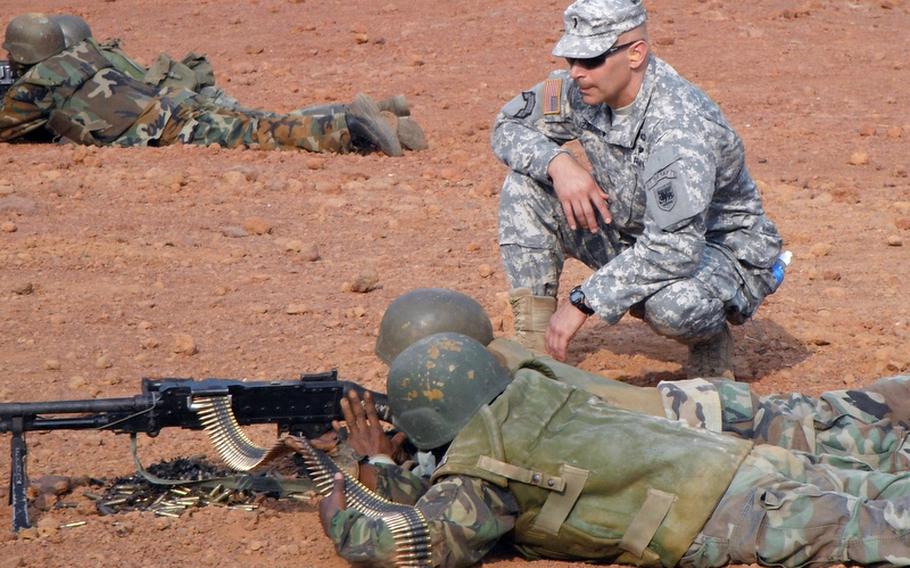 STUTTGART, Germany &mdash; A U.S.-based unit has been selected as the Army&rsquo;s first &ldquo;regionally aligned&rdquo; brigade, and by next year its soldiers could begin conducting operations in Africa.

It is the first step in an effort to develop expert units to rotate through a region.

U.S. Africa Command will be the first to test the new rotational model, intended to give commanders a more reliable supply of soldiers available for short, training-focused missions.

Army chief of staff Gen. Raymond Odierno on Wednesday said that a brigade from the 10th Mountain Division has been picked to lead the effort in Africa.

Plans also call for brigades to eventually be aligned with Southern, Central and Pacific Commands, Odierno said. The number of brigades aligned with a given region will depend on the needs of the respective combatant commands.

&ldquo;So as they go through a training process, then they become available for a period a time, nine to 12 months,&rdquo; Odierno said. &ldquo;And then they can use those forces to meet whatever requirements they might have. It might be rotational forces. It could be building partner capacity. It could be providing security assistance. It could be doing exercises.&rdquo;

&ldquo;The regionally aligned forces concept will be especially important in the Asia-Pacific region as we move forward &mdash; home to seven of the 10 largest armies,&rdquo; Odierno said.

Similar rotational concepts also are being looked at in Europe, where the Army will reduce from four forward-stationed brigades to two, Odierno said.

Army planners have been working on the regional brigade concept for some time.

&ldquo;We think it&rsquo;ll be more efficient. We think it will lead to better outcomes,&rdquo; Col. Andrew Dennis, the Army&rsquo;s chief of security cooperation policy and concepts, said in an interview earlier this year.

Dennis said the intent of the regional alignment concept is to send small platoon- or battalion-size elements to Africa, not a whole brigade at once.

In Europe, Marines have deployed rotational troops the past few years for missions in the Black Sea region. The Corps also recently activated a special rotational task force for missions in Africa. Meanwhile, the Army Reserve is planning to ramp up its missions in Europe and Africa as part of an effort to pick up some of the mission load as the active-duty Army downsizes.

Proponents of the rotational models argue that it requires less infrastructure than maintaining a large overseas force structure, which involves costly support services for troops and their families, such as health clinics, schools and housing allowances.

Dennis, who helped craft the plans for an Africa-focused Army brigade, said the regionally aligned concept is still in the early stages. Though it remains to be seen how cost effective it will be, there are benefits to assigning individual U.S.- based units within a given region, he said.

&ldquo;The benefit is being able to give them regional expertise and cultural experience,&rdquo; Dennis said. &ldquo;It will lead to better educated soldiers.&rdquo;

Expanding that concept beyond Africa to other regions requires more planning and is still being looked at, Dennis said.