AFRICOM: Boko Haram weakened in 2016 but still a threat 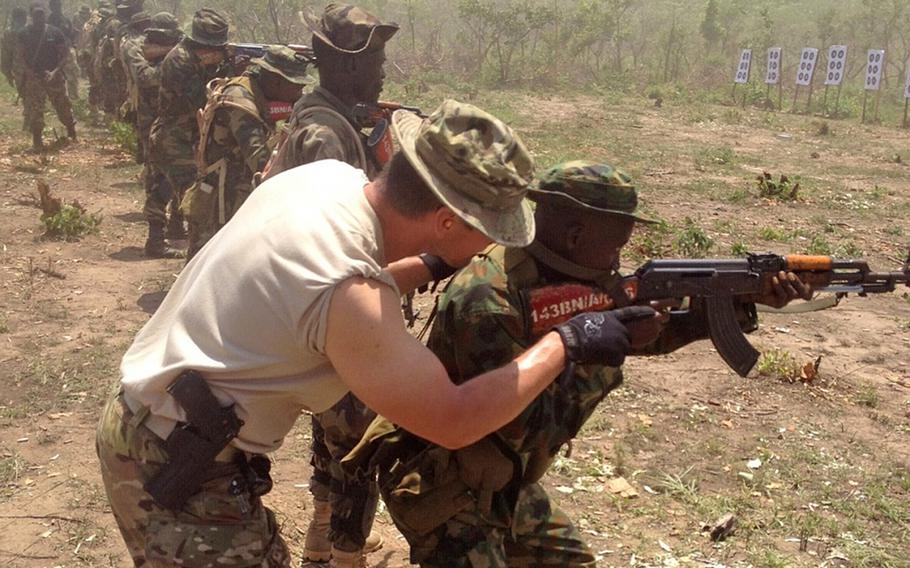 STUTTGART, Germany — Boko Haram is splintered, weaker and less organized than it was a year ago, but the Nigerian terrorist group remains a threat to the region, according to U.S. Africa Command.

AFRICOM’s assessment of Boko Haram, which the command estimates has “a few thousand members,” follows a Christmas Eve announcement by Nigerian President Muhammadu Buhar that the extremist group had been routed from its last stronghold and was on the run.

Boko Haram has killed thousands of civilians and has been regarded as one of the world’s most lethal insurgent groups. It garnered global attention in 2014 when it kidnapped about 200 schoolgirls, prompting international outrage and launching the social media viral plea #bringbackourgirls.

AFRICOM’s efforts at blunting Boko Haram have centered on providing small numbers of military advisers to the Nigerian military and training initiatives with special operations forces from regional militaries.

AFRICOM also has expanded its intelligence-gathering efforts in the region, including a drone site in Niger.

Boko Haram has experienced some recent internal turmoil. A leadership struggle in the organization coincides with disputes over whether to align with the Islamic State group.

As a result, Boko Haram likely lost a “significant number of fighters and supplies lessening the overall capability of the organization,” AFRICOM said in its analysis, released Friday.

“Boko Haram is probably in a weaker position than a year ago,” the command said.

Still, the militants continue to carry out suicide bombings and raids on the civilian population.

The group’s Dec. 9 attack on a marketplace in northeaster Nigeria killed at least 56 people and injured 177 more, AFRICOM said.

“Following its divergence from ISIL-West Africa, the group continues to conduct multiple suicide bombings and raids against civilian populations, emphasizing its continued lethality,” AFRICOM said, using an abbreviation for the Islamic State group.

Since rising to prominence in 2009, Boko Haram has been blamed for the deaths of more than 20,000 people and for forcing more than 2 million to flee their homes.