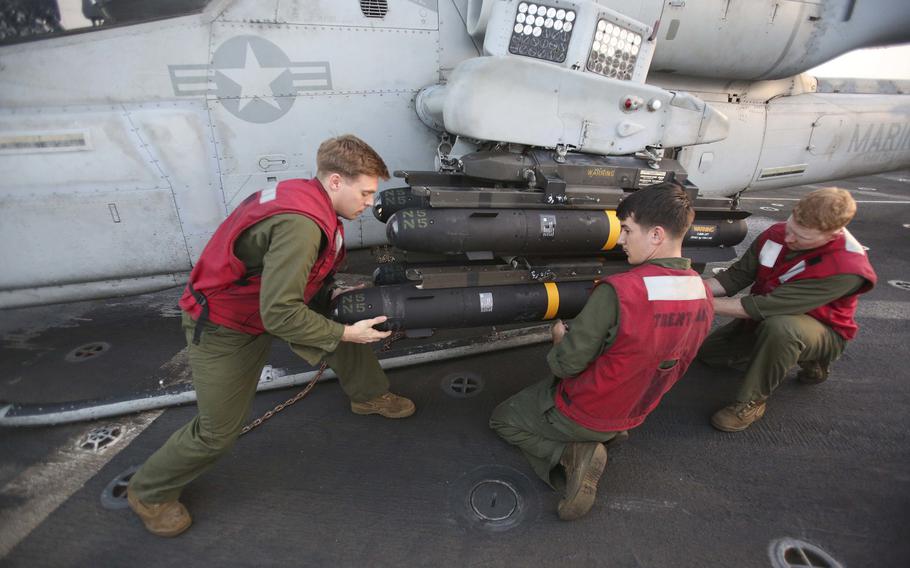 STUTTGART, Germany — U.S. Africa Command has ended its air campaign against the Islamic State group in Libya after carrying out nearly 500 airstrikes in support of local ground forces who pushed the militants from their coastal stronghold.

During the four-month Operation Odyssey Lightning, U.S. warplanes pounded a range of targets on an almost daily basis, hitting everything from enemy fighting positions and roadside bombs devices to command and control centers and weapons caches.

The mission centered on backing up forces aligned with Libya’s Government of National Accord, which led a ground assault on the Islamic State militants in the coastal city of Sirte. A year ago, several thousand Islamic State fighters were believed to be operating across the city. Those numbers dwindled to several hundred by late summer.

“In partnership with the Libyan Government of National Accord, the operation succeeded in its core objective of enabling GNA-aligned forces to drive Daesh out of Sirte,” AFRICOM said, using an Arabic acronym for the Islamic State group.

For now, no other strikes are planned, AFRICOM said. But that could change depending on conditions.

AFRICOM’s chief, Gen. Thomas Waldhauser, has expressed concern about fighters who have fled Sirte during the offensive, saying they could cause trouble elsewhere.

“We have to continue to develop those targets and have certainty of who we are seeing and what the activities are,” Waldhauser said in an interview with Stars and Stripes in November. “We just need to have that level of certainty if we decide to strike outside the limits of Sirte.”

The move to neutralize Islamic State fighters in other parts of Libya comes amid concerns the group could reorganize and threaten the North African nation’s fragile government or infiltrate into neighboring states.

AFRICOM officially ended the mission in Sirte on Monday at the request of the Libyan government. AFRICOM has pledged continued support if called upon.

“The United States remains committed to working with the GNA, the Libyan people and partners in the region to counter the evolving threat of Daesh and other violent extremist organizations,” the command said.

Operation Odyssey Lightning was AFRICOM’s second combat foray in Libya. The command was in charge of the initial wave of strikes in 2011 against the regime of dictator Moammar Gadhafi. The operation, later taken over by NATO, turned one of Africa’s wealthiest nations into a failed state, with a weak central authority and an array of tribal, criminal and Islamist militias, including the Islamic State group. Security analysts have said the complex mix of forces makes Libya a harder place for Islamic State fighters to gain traction than in the group’s strongholds in Syria and Iraq.

NATO officials had described the 2001 mission that led to Gadhafi’s death as a military success but later acknowledged that insufficient post-conflict planning by the international community resulted in widespread insecurity and political disorder.