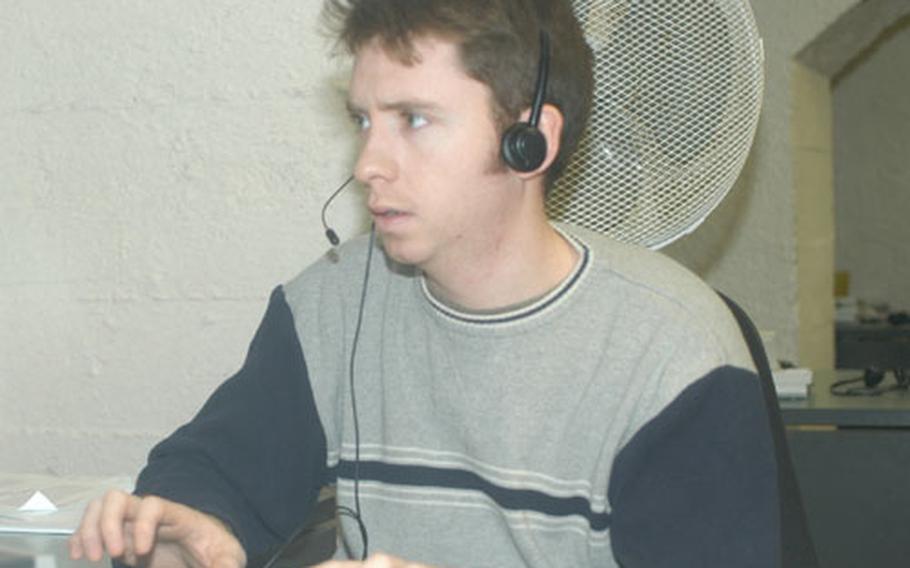 The Opera property management system was installed by MICROS-Fidelio International out of Columbia, Md., and was customized for AFRC Europe in October, according to Sid Alberts, chief of information technology.

Alberts said the new system is more secure and easier to use than the former DOS program, in use since the 1980s.

The best feature of the new software is that AFRC customers will be able to make hotel reservations online, a feature never available before, according to Richard E. LeBrun, general manager.

But some employees say the new software is not all it&#8217;s cracked up to be.

&#8220;Before this new software, it use to only take a minute to make reservations. Now, with this new system, it takes up to five minutes,&#8221; said an employee who declined to be identified.

Software experts claim that employees should factor in a learning curve.

&#8220;It might seem slower at first, but employees will begin to see how much easier the new software actually makes the job,&#8221; LeBrun said.

The new system goes live, with online reservation capabilities, when the new Edelweiss Lodge and Resort opens in September.

Alberts said though the Garmisch facilities are the third AFRC resort to receive the software, AFRC hotels will not be linked together.

&#8220;There will be no capabilities for swapping information or making reservations at one facility for another,&#8221; he said.

The other two AFRC resorts that now have the Opera system are the Dragon Hill Lodge in Seoul, South Korea, and the Hale Koa on Waikiki Beach in Hawaii.

The final AFRC resort, Shades of Green at Walt Disney World Resort in Orlando, Fla., will be updated with the new software beginning in February.