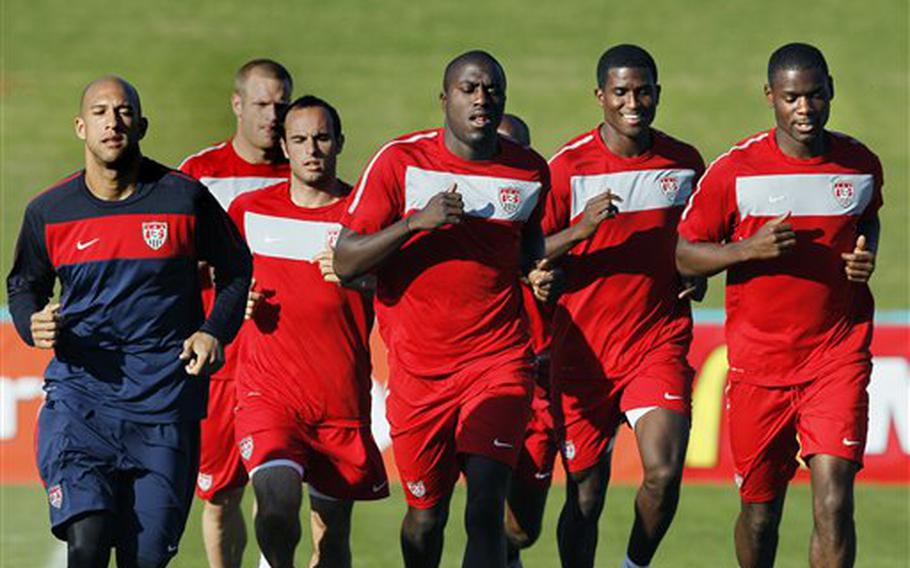 WIESBADEN, Germany &mdash; With the kickoff of the world&rsquo;s biggest sporting event only days away, American Forces Network officials are still scrambling to secure broadcast rights for World Cup 2010.

AFN has been working for 2&frac12; years with FIFA &mdash; soccer&rsquo;s governing body &mdash; along with its international television broadcast licensees for the rights to show the games to Americans living overseas, said Larry Sichter, AFN&rsquo;s chief of affiliate relations.

&ldquo;It&rsquo;s a complicated process, involving numerous international television licensees who must waive their territorial exclusivity to FIFA in order to make room for [AFN] distribution of the same content within their respective jurisdictions,&rdquo; Sichter said.

AFN officials would not discuss the status of current negotiations or how close they are to striking a deal. But getting the games for free is key.

Sichter said that AFN doesn&rsquo;t pay rights fees for other professional and collegiate television sports programming. To make an exception for the World Cup would jeopardize AFN&rsquo;s relationship with other sports federations, leagues and broadcast rights holders.

Four years ago, News Corp., which is run by Rupert Murdoch, brokered a deal that allowed AFN to show some World Cup matches. But News Corp. officials would not say if they are trying to do the same for this year&rsquo;s tournament.

Some soldiers serving in Iraq are hoping they get the chance to see the games.

&ldquo;Every four years, the world stops for 32 teams to play this sport,&rdquo; said Army Staff Sgt. Michael Simione who is deployed to southern Baghdad with the 5th Squadron, 7th Cavalry Regiment, 1st Advise and Assist Brigade, 3rd Infantry Division. &ldquo;It&rsquo;s something incredible that soldiers get a chance to see in addition to every other cultural nuance that happens while exposed to new places and people.&rdquo;

If AFN can&rsquo;t get the rights in time, Americans will have to look elsewhere to get their World Cup fix.

Options for overseas viewers include going to a local pub, although there&rsquo;s no guarantee you&rsquo;ll see the game you want, or watching on a local national television station.

Or you could find a streaming video feed on the Internet. Soldiers should be wary of downloading some media players to catch a game: The Army prohibits the use of streaming television for personal use on a government computer, said 5th Signal Command spokesperson Lawrence Torres III.