AFN staffers to work with NBC during Olympics in Turin 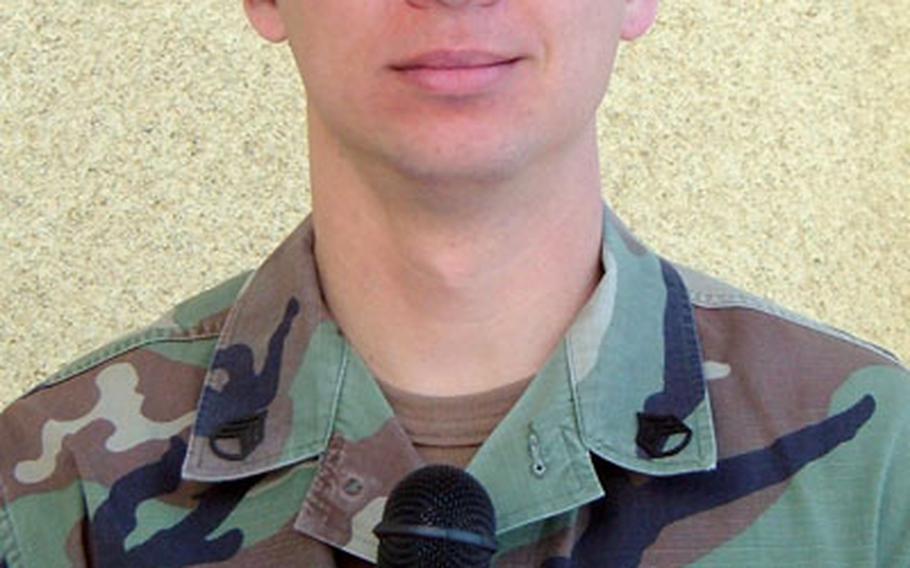 Over the next two weeks, Minnie and three of his uniformed colleagues at American Forces Network-Europe will have more to master, and much of it doesn&#8217;t involve snow or ice.

The four servicemembers &#8211; three soldiers and a sailor &#8211; are at the XX Olympic Winter Games in Turin working for NBC. While they are no strangers to TV land, the four find themselves in the middle of a broadcast extravaganza, and are trying to absorb as much as they can from the pros.

Three of the four have been assigned to the indoor curling venue in Pinerolo, a city southwest of Turin. Curling, which dates to 16th century Europe, has grown in popularity since the 2002 Games in Nagano, Japan.

Taylor is the odd man out &#8212; as in outside. The Indiana native will be working behind the scenes on NBC&#8217;s coverage of snowboarding events in Bardonnechia.

He&#8217;s not the only one. His AFN colleagues in Pinerolo and an army of NBC technicians across the region have been laying miles of cable and doing other work in preparation for the Winter Olympiad, which begins with opening ceremonies Friday.

The U.S. servicemen are working for NBC for about three weeks as part of a broader initiative with private industry. The Army calls it &#8220;Training with Industry.&#8221; AFN officials say this is not the first time their personnel have assisted NBC with its Olympic coverage.

In addition to Taylor and Minnie, the others taking part in the Turin project are Army Staff Sgt. Robert Couture and Navy JO2 Keith Smith.

Asked what he knows about curling, Smith indicated he has had to cram for this assignment.

One reason is because his dad knows Fred Roggin, who will anchor NBC&#8217;s coverage of that event.

Couture flew into Italy aboard a plane that carried the U.S. Olympic Snowboarding Team. Ever since then, the mood has been festive, he said.

Like the others, he appreciates the opportunity to lend NBC a hand and have a chance to witness the Olympics up close and personal.