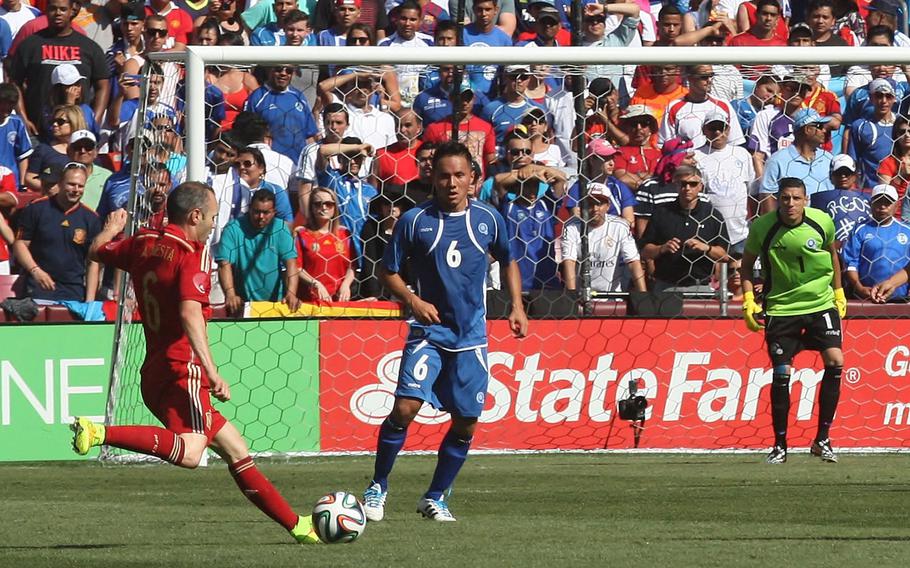 KAISERSLAUTERN, Germany — The American Forces Network got permission late Thursday to air the World Cup overseas, ending a dramatic and anxiety-filled week for soccer fans who feared they’d miss out on the world’s biggest sporting event.

“GOOOOOAAAAAALLLLL,” AFN spokesman George Smith wrote in an email to Stars and Stripes at 8:51 p.m. Central European Time — an hour and nine minutes before the kickoff of the tournament’s first match. “AFN has received rights to air the World Cup from ESPN.”

Soccer fans had been pelting the military broadcaster’s Facebook page for weeks with questions about whether it would carry the tournament. The network essentially asked viewers for patience while officials worked to secure permission from rights holders in various countries and from FIFA, world soccer’s governing body. By late Thursday, only FIFA’s approval stood between AFN’s overseas viewers and the games.

The last-minute authorization echoed the situation in 2010, when AFN also secured the rights to broadcast the games at the last moment.

In 2006, AFN didn’t get the rights to air the games until they were well underway, and only after the U.S. press picked up the story. Rupert Murdoch ultimately stepped in to pay for the games so that American troops overseas could see the World Cup, saving AFN from the embarrassment of missing a global event that military broadcasters from much smaller countries were airing to their forces serving alongside the U.S. in Iraq and Afghanistan.

AFN typically doesn’t pay for sports programming, including the Olympics, and had managed in 2010 to secure rights to the World Cup without paying for them, as it did this year.