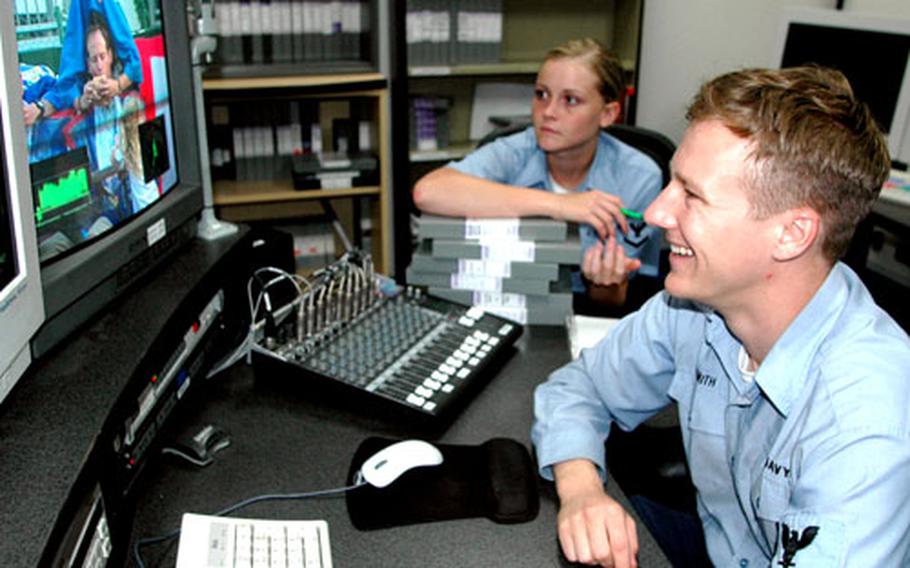 &#8220;&#8216;Kyushu Explorer&#8217; is one of the most talked-about television shows in the history of AFN Sasebo, even though it only started three weeks ago,&#8221; said producer Petty Officer 3rd Class Beau Smith.

Sasebo is the only U.S. military base on Kyushu, &#8220;which makes the large island exclusively our beat,&#8221; Smith said.

Senior Chief Petty Officer Roger Dutcher, AFN officer-in-charge, said the program &#8220;is in the spirit of the Discovery Channel.&#8221;

&#8220;It has the dual purpose of providing Japanese history and culture and encouraging base residents to get out and enjoy the many opportunities available to them in the Kyushu area,&#8221; he added.

Each program is &#8220;tagged&#8221; with information on how to find more information about off-base activities, Dutcher said.

The first segment was broadcast July 7, and has been repeated each Thursday on AFN-Pacific in Sasebo. Each month a new subject is explored and shown Thursday evenings at 7:50 p.m.

Penny Blevins, a Navy spouse and employee at the Fleet and Family Support Center, is another fan.

Some see other potential uses for the show.

Smith is happy with the reaction.

&#8220;To have this new travel show is the fulfillment of my dream to provide high-quality local programming to our community, help them get off base and experience breathtaking sights in Kyushu and make their tour here their best in the Navy,&#8221; he said.