AFN restoring channels with civilians back at work 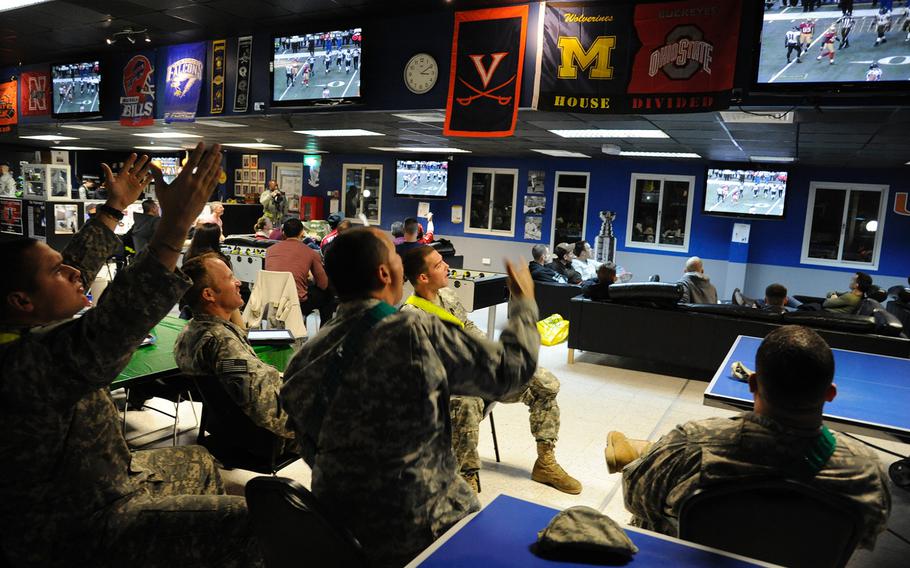 YOKOTA AIR BASE, Japan — The American Forces Network restored four of its channels Monday after the Department of Defense authorized the broadcaster’s civilian employees to return to work.

AFN civilians, among 800,000 federal workers, were furloughed Oct. 1 due to the government shutdown. The lack of staff meant only AFN’s news channel continued to operate.

AFN’s lawyers initially ruled that the channel could only screen news. Then Defense Secretary Chuck Hagel announced Saturday that civilians who support, “the morale, well-being, capabilities and readiness of service members,” could return to work. That came just in time to allow football fansto watch the epic Denver-Dallas NFL clash on AFN|news.

The civilian staff’s return to the AFN Broadcast Center in California has allowed the network to start restoring full television services to overseas audiences, according to an AFN statement.

“The programs required for AFN|sports are mostly live and, as a result, are immediately available; the inventory for AFN|movie and AFN|family exists on servers at the AFN (Broadcasting Center) and is also easily obtainable now that the workforce has returned,” the news release said.

AFN|spectrum and the two AFN|prime channels — Pacific and Atlantic — will require a bit more time to restart since the programs have to be recorded from stateside feeds and prepared for rebroadcast in the appropriate time slots, according to the statement.

“Service of these channels should be up and running by prime time Tuesday (in Japan, South Korea and Europe),” the statement said.