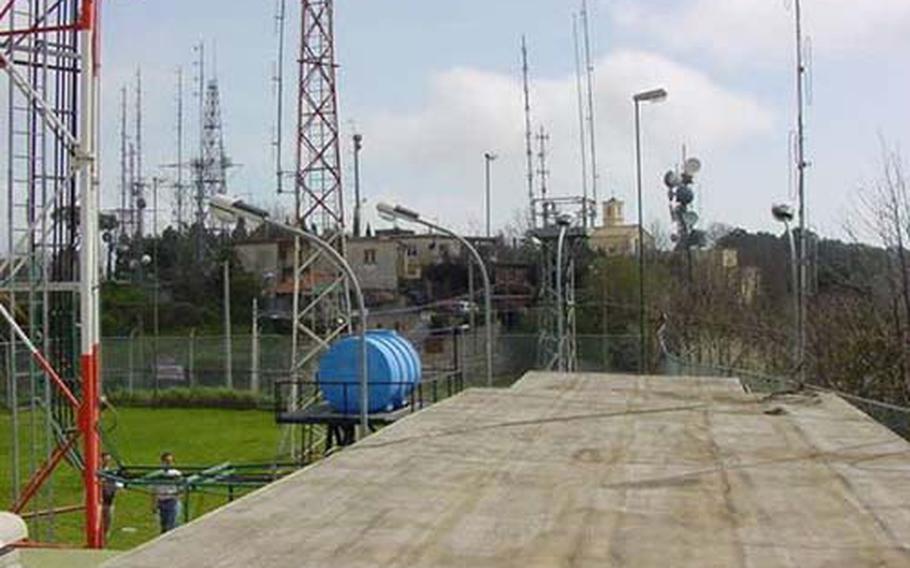 The military network&#8217;s radio service will go off the air in Naples beginning Monday unless there&#8217;s a "miracle" this weekend, the senior commander of American Forces Network operations in Italy said.

Radio broadcasts heard on 106.0 and 107.0 FM frequencies in Naples will stop unless Italian environmental officials provide written permission for use of a new transmitter site to replace the current one, which must be dismantled, Maj. Tom Bryant said Friday in an interview in his Vicenza office.

AFN television programming will not be affected. And those with AFN television on the support site base, or those with decoders off base, still will be able to tune into the radio broadcasts through their television sets, said Senior Chief Petty Officer Jonathan Annis, the station commander for AFN Naples.

"We just don&#8217;t understand [the Italian officials&#8217;] reason for withholding permission," he said, adding that he&#8217;d even welcome a negative response from the agency if it put forward steps that AFN would need to take to receive permission. "That would be better than what we have now."

Bryant said the lease on a transmitter that AFN has been using for decades expired last year. Military broadcasters were allowed to continue to use the transmitter &#8212; located inside the walls of a monastery atop Mount Camaldoli &#8212; for an additional nine months. That deal ends Thursday, and the transmitter needs to be disassembled and taken away by then, a process that will take a couple of days.

AFN has negotiated a deal with RAI, the Italian state-run broadcasting system, to use one of its existing towers &#8212; also on the mountain but outside the monastery &#8212; but needs to receive a series of approvals before it starts to broadcast.

Bryant said AFN received the approval from the ministry of communication, but is still waiting for word from Centro Regionale Inquinamento Elettromagnetico, a local environmental agency.

Both RAI and the environmental agency have conducted tests, and the AFN signals fell well within acceptable Italian standards for electromagnetic transmissions, Bryant and Annis said.

AFN officials said they have been working on the issue for months with the help of RAI, and had hoped to have it resolved by the time they had to remove the old transmitter. Bryant said the new transmitter has already been attached to an existing RAI tower.

U.S. military and AFN officials met again Friday to try to resolve the issue, but officials said nothing was resolved.

"I hope we can come up with an agreement," Bryant said before the meeting had ended. "And I hate to sound negative, but I don&#8217;t think that&#8217;s likely. I think it would almost take a miracle to make it happen."

AFN South uses about two dozen transmitters across Italy to supply radio service to U.S. facilities in the country. It maintains more than 60 in all to provide service to locations in places such as Egypt and Kosovo.

Bryant said there are no issues with other transmitters, though officials said the U.S. is still involved with a case in the Italian legal system regarding an Italian station that&#8217;s encroached on the 107 FM transmission in Vicenza.