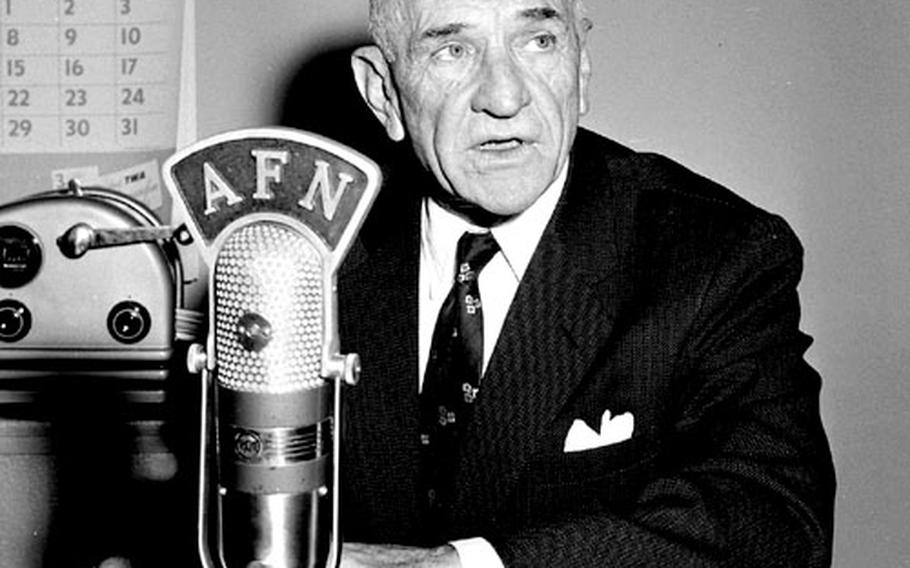 The last vestige of the U.S. military in the heart of Frankfurt, Germany, draws to a close Thursday.

For nearly 60 years, dating to when Gen. Dwight D. Eisenhower set up his first postwar headquarters in the city on the Main River, Frankfurt has been home to generations of U.S. military personnel. But ever since the fall of the Berlin Wall, the number of troops, units and bases has dropped precipitously, the most significant decline coming about a decade ago.

Now, with American Forces Network-Europe spending its last official day on air in Frankfurt, the drawdown of forces from the city has all but run its course. Essentially, all that remains is Rhein-Main Air Base, which is due to close at the end of next year.

When AFN takes to the air on Friday, it will be from its new, state-of-the-art facility on Coleman Barracks in Mannheim. The network has spent about $8 million on renovations and roughly $5 million for new equipment, based on figures supplied last year.

&#8220;The new facilities and equipment bring our process into the digital age,&#8221; Army Lt. Col. Ricky Sims, commander of AFN-Europe, said in a written statement.

&#8220;Moving also brings us closer to the communities where much of our audience lives and works,&#8221; he said. &#8220;We&#8217;re better positioned now to deploy and adapt our services to meet the ever-changing needs&#8221; across the theater.

The decision to relocate the AFN headquarters was also a pragmatic one.

In July 2000, a U.S. Army Europe review of AFN&#8217;s status in Frankfurt concluded that its &#8220;isolated location and high-profile mission put personnel at significant force protection risk,&#8221; according to the network.

Located adjacent to Hessischer Rundfunk, the state of Hessen&#8217;s broadcast network, the cost of providing security to the AFN site totaled about $120,000 a year. In addition, AFN estimated it would have had to spend $1 million on force protection and building upgrades to stay put.

According to Sims, the facility in Mannheim will enable his broadcasters to use digital equipment &#8212; gear comparable to what commercial networks use in the United States &#8212; that will provide viewers and listeners with a higher quality picture and sound.

AFN personnel have been moving equipment and other items to Mannheim for weeks. Officials say AFN customers shouldn&#8217;t expect any interruption in service.

Hedda Coulon, a lawyer for Hessischer Rundfunk, said in a telephone interview Wednesday that she and her colleagues will miss AFN, which has occupied a nearby separate building since 1966.