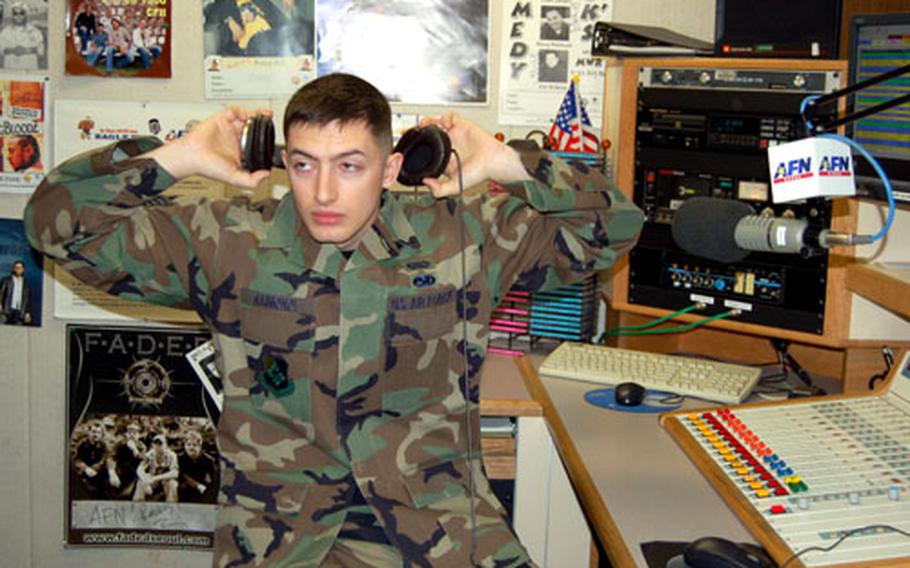 Wherever it lands on listener&#8217;s ears, officials say, the change last week was to mark the station&#8217;s transition to a different, more consistent format in its programming.

Over the past two months, AFN-Korea has been integrating its new format into its radio service, switching from music primarily chosen by disc jockeys to music from a list provided by the Lund Corp. &#8212; a contracted company that tracks of the most popular music in the States.

The change, said Dan Valler, AFN&#8217;s chief of network radio, was initiated to combat a lack of consistency in radio service across the peninsula.

He said in the past, music was selected by DJs, so if one preferred one type of music, that&#8217;s what he tended to play most.

As a result, programming on AFN radio stations varied dramatically at different locations and between different DJs at the same location.

&#8220;With the standardized format, they no longer have to concentrate on selecting music. They can concentrate on developing their shows and on command information, which is our primary mission,&#8221; Valler said.

&#8220;It gives us a mix, which is how people are listening to their music these days,&#8221; added AFN-Korea commander Lt. Col. Michael Lawhorn.

Lawhorn said he hoped the new format would be helpful to a radio station trying to compete with rising technology, such as MP3 players.

Most AFN-Korea listeners asked for their opinions are happy with the change.

Others haven&#8217;t noticed a difference.

And some listeners just won&#8217;t be satisfied.