Afghans take to the airwaves 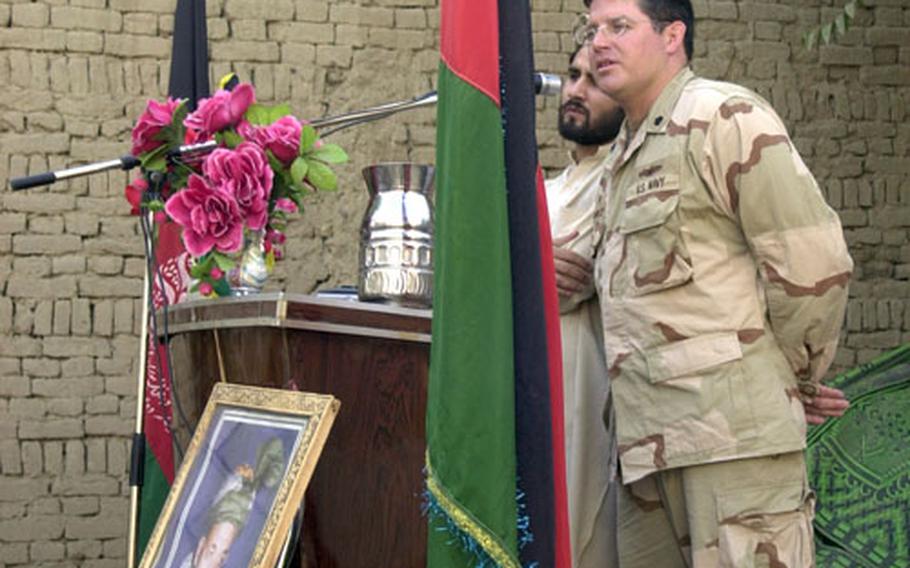 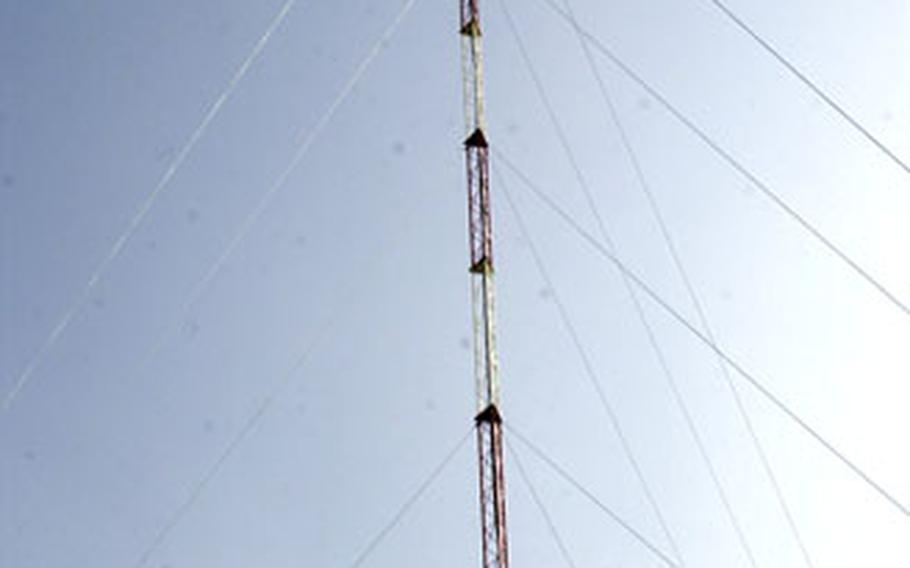 A new radio tower broadcasts Afghan news and more in the Laghman province capital of Mehtar Lam. The station recently began broadcasting thanks in part to U.S. funding and equipment. (Steve Mraz / S&S)

MEHTAR LAM, Afghanistan &#8212; Afghans in the Laghman province capital of Mehtar Lam are making waves. Radio waves, that is.

Thanks to funding and equipment provided by a U.S. Provincial Reconstruction Team, the United States&#8217; Agency for International Development and other agencies, a fully functioning FM radio station is now up and running.

Afghans in this eastern province can tune to the station to hear news, music, health tips, educational programming, sports news, programs geared toward women and more.

A ribbon cutting for the station took place Wednesday afternoon with local dignitaries in attendance.

&#8220;I&#8217;m sure the radio station will broadcast not only this year, but for many years in the future,&#8221; said Navy Cmdr. Frank Gutierrez, commander of the Mehtar Lam Provincial Reconstruction Team.

The team is based at Forward Operating Base Mehtar Lam and is tasked with identifying local projects worth funding. The Mehtar Lam PRT provided roughly $3,000 for purchase of power generators for the station; USAID came through with the station equipment.

A new radio tower extending about 100 feet into the sky replaces the former antennae, which was strapped to a bamboo pole. A carpet-lined broadcast room boasts modern equipment, including a computer, radio equipment and a microphone.

And the populace will be able to tune into the station as a result of dozens upon dozens of hand-crank radios given away by the Provincial Reconstruction Team in recent weeks.

All the news will be broadcast by the station, not just the good news, Gutierrez said.

Following the ribbon cutting, station employees had U.S. troops sit in their second-story offices, where the men munched on fruit and sipped cola. The Afghans were genuinely excited about the ribbon cutting and the station&#8217;s future.

One station employee was so proud of the new antennae that earlier in the week, he climbed the skinny tower and planted an Afghan flag at its peak.