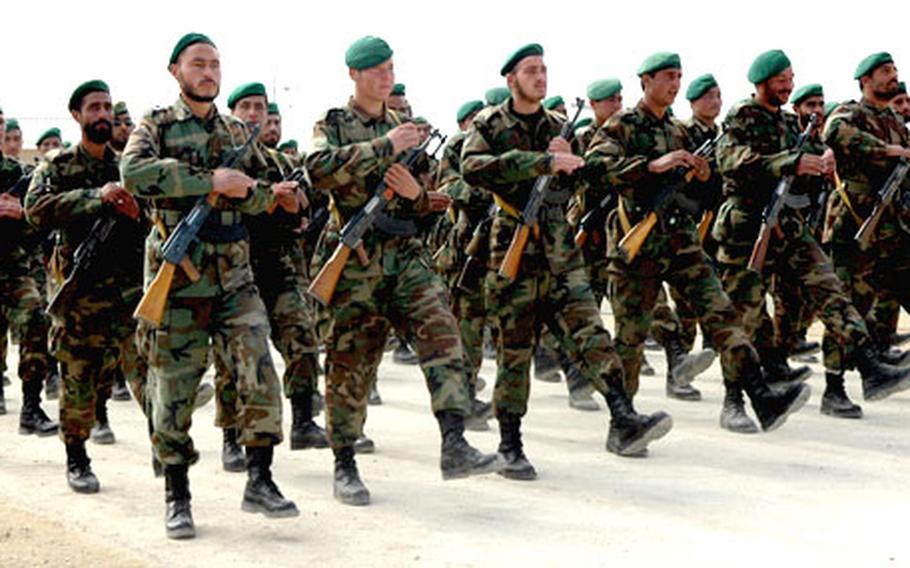 Afghan soldiers from the 203rd Corps march at Camp Thunder in preparation for a parade in Kabul. American military trainers are working with Afghan soldiers to develop the growing Afghan National Army. (Anita Powell / S&S)

Afghan soldiers from the 203rd Corps march at Camp Thunder in preparation for a parade in Kabul. American military trainers are working with Afghan soldiers to develop the growing Afghan National Army. (Anita Powell / S&S) 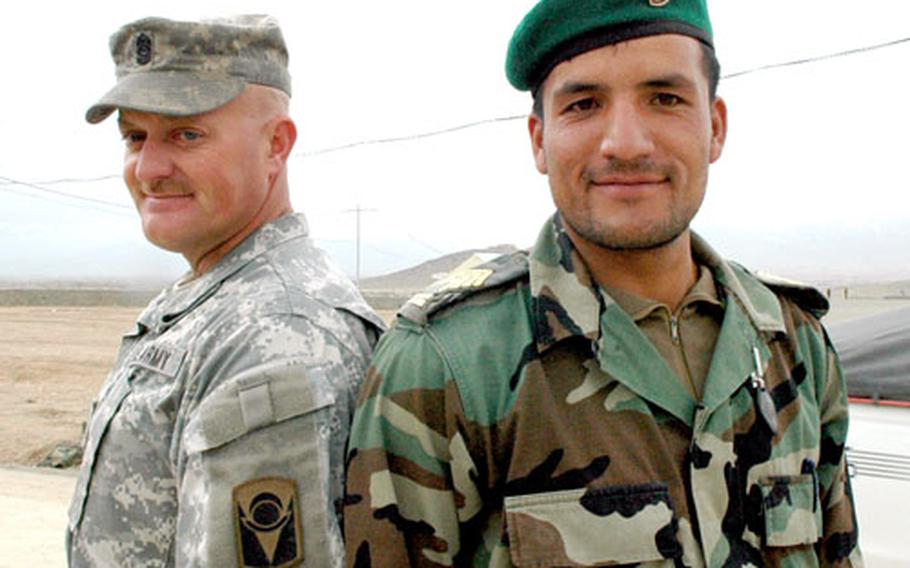 At 25, the two-year soldier &#8212; the top noncommissioned officer for the 203rd Corps, a two-brigade unit based in the snowy, rugged peaks of Gardez &#8212; is carrying the torch for the nascent NCO corps while helping build the Afghan National Army.

He&#8217;s helped in that duty by a company-sized detachment of American military trainers who work side-by-side with Afghan soldiers. Afghan-led patrols canvass the windy Khowst-Gardez mountain pass on a daily basis. In recent months, those operations have yielded weapons caches and suspected insurgents.

But the mission, all agree, is far from complete.

One of the big obstacles, Afghan leaders say, is to get the rank and file to support the concept of a professional NCO corps.

Ahmad said he also struggles to impose order and discipline in the new army, whose standards vary from American standards.

Ahmad&#8217;s mentor and counterpart, Army Command Sgt. Maj. Kevin White, 43, a Vermont National Guardsman who has served in the Army for 26 years, said teaching soldiers and higher officers to respect and properly use NCOs has been a struggle.

Another problem, both sergeants major acknowledged, is the corruption that still pervades much of the Afghan military and government.

&#8220;Officers can get in the army if they have money or a connection in the ministry of defense,&#8221; White said.

Khaliq said he has encouraged all of his soldiers &#8212; officers and enlisted &#8212; to support the NCO program.