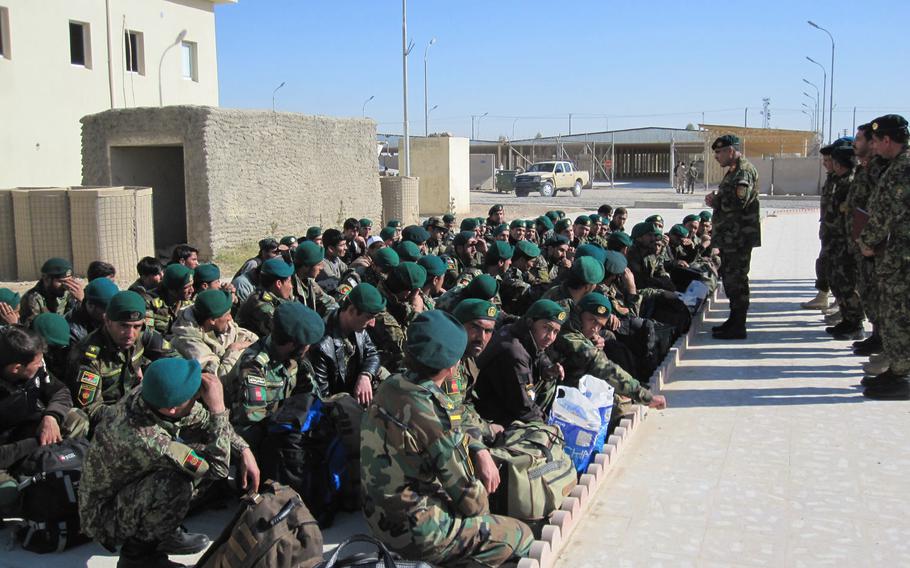 Soldiers with the Afghan army's 215th Corps 2/3 Kandak participate in a specialized combat course in January 2017. (Courtesy of NATO)

Soldiers with the Afghan army's 215th Corps 2/3 Kandak participate in a specialized combat course in January 2017. (Courtesy of NATO) 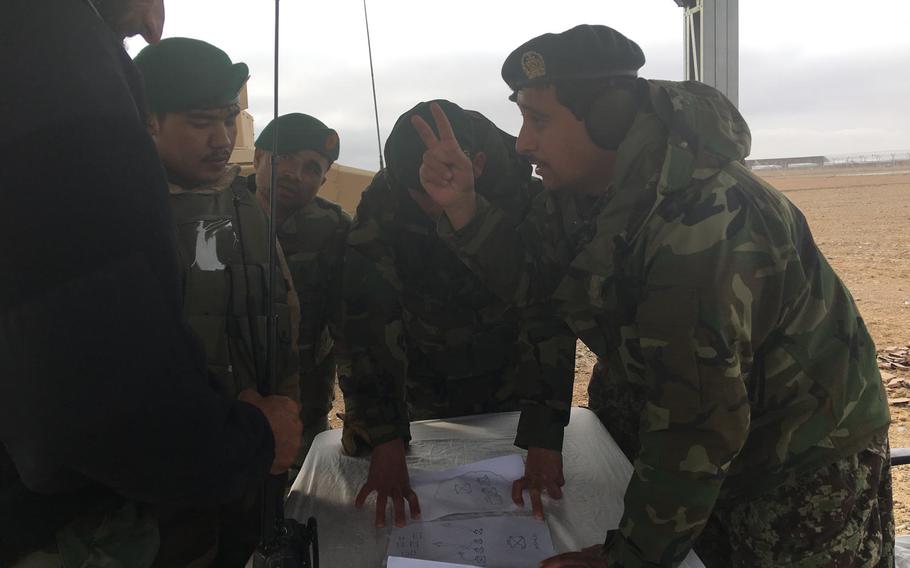 KABUL, Afghanistan — Leadership changes made throughout the winter should give Afghan security forces a boost on the battlefield this year, according to Afghan and U.S. military officials, who say better leaders are essential to stemming recent gains by the Taliban.

Ineffective and corrupt commanders within the Afghanistan National Defense and Security Forces — which include the armed forces and police — have been identified as one of the biggest obstacles in the fight against Taliban insurgents, who now hold more territory than at any time since 2001, when a U.S.-led invasion removed them from power.

“In the Afghan National Army, we are looking at 15 Kandak (battalion) commanders being replaced over the last three months, at least three brigade commanders and one corps commander,” Command Sgt. Maj. David Clark, the senior enlisted leader for NATO and U.S. Forces-Afghanistan, told Stars and Stripes.

Clark said the adjustments had already resulted in positive change: “I see more of the platoons taking the fight to the enemy; the tactical failures are coming down.”

While the need for other ANDSF leadership changes were expressed at the time — especially in the Interior Ministry, which maintains the police force — major replacements were held off until the winter, when fighting traditionally abates.

Interior Ministry spokesman Sediq Sediqqi said “tens of people were changed” at the ministry in recent months. These include several general directors and a number of provincial and district police chiefs. He said that these changes would “help greatly in the upcoming fighting season.”

At the Afghan air force, with guidance from U.S. and coalition partners, three senior leaders and several lower-level leaders have been replaced since December.

The top U.S. commander in Afghanistan, Gen. John Nicholson told the Pentagon in early December that improving ANDSF leadership would be “a specific focus over the winter.”

Nicholson’s predecessor, Gen. John Campbell, told Congress last year that poor leadership was to blame for most of the difficulties plaguing Afghan forces.

Corruption has been a significant problem among Afghanistan’s security forces. The Attorney General’s Office in September announced that several Defense Ministry generals had been arrested for alleged corrupt practices. However, most of the ANDSF leaders replaced this winter were not involved in corruption or other illegal activity, officials said.

“Some were just getting older and a little bit set in their ways,” said Col. Nicola Gismondi, deputy commander of NATO’s Train, Advise, Assist Command—Air. He added that many leaders were rotated to other positions.

“We worked with the air force to pick positions we thought would be no different than a company, to handle new opportunities,” he said.

The recent leadership changes are part of concerted efforts to ensure Afghan commanders are qualified for the roles they fill. A new merit-based promotion system in the army and routine assessments have also been introduced, officials said.

Besides corruption, nepotism has also undermined the ANDSF. As a result, unqualified commanders have risen through the ranks, who have been blamed for high battlefield casualties and poor troop sustainment. That, in turn, has helped the Taliban make gains on the battlefield.

During 2016, the Afghan government lost nearly 10 percent of the territory it controlled or influenced, according to the Special Inspector General for Afghanistan Reconstruction.

At the end of November, the ANDSF assigned force strength was nearly 316,000, which reflected a decrease of nearly 1,300 personnel over the same period in 2015, SIGAR said.

“Two years ago, I was stationed in another corps, and one of the brigade commanders was awful. A few soldiers quit because of him,” said Haseeb Ghafoori, a soldier with the Army’s 209 Shaheen Corp in northern Afghanistan.

“It’s definitely a good issue that our military is filtering commanders.”

But Ghafoori said there were “so many inadequate generals and commanders in the army” that removing them all will likely take time.

Critics point to past unsuccessful efforts to reform leadership and introduce merit-based appointments in Afghanistan. They question whether the ANDSF’s leadership reshuffle this winter will yield different results.

“It’s a good effort, but the ANDSF is a huge institution, and you cannot change a problem this big within a season,” said Sami Yousafzai, an Afghan journalist based in London.

“So I don’t think there will be very positive results or significant changes because of this; we’ll still have a difficult year.”

Clark said improving leadership would be an ongoing process, one the Afghans and their coalition partners were committed to.

“We’re not going to stand for soldiers that continue to go out there and get killed because they’re poorly led,” he said. “We’re just not going to tolerate that.”