Afghans praise Trump plan to get tough on terrorists, Pakistan 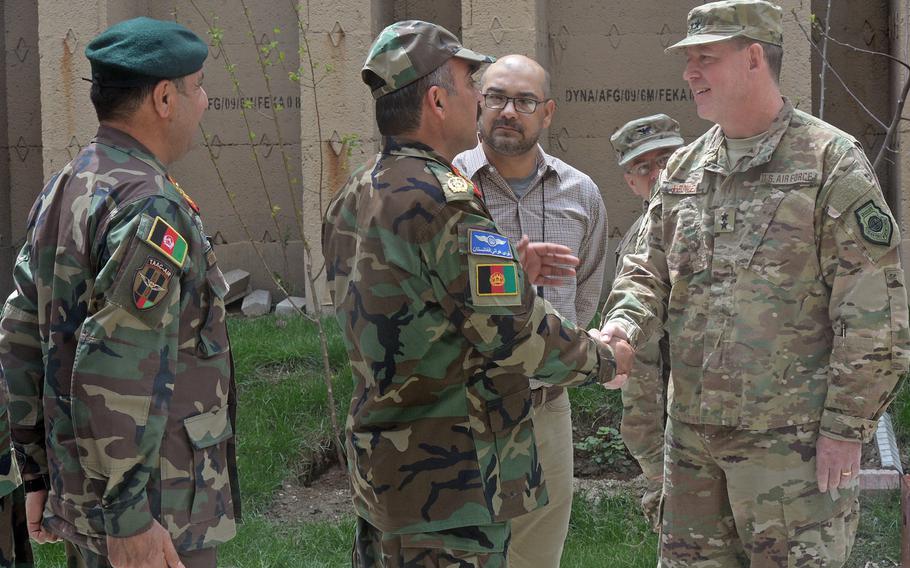 Trump outlined his approach to the nearly 16-year war in Afghanistan In a televised address on Monday night, becoming the third U.S. president to take on the intractable conflict. He laid out a regional strategy that he said would change Washington’s approach to a Pakistan that harbors “agents of chaos, violence and terror.”

He also promised to end micromanagement of the war that he said has kept U.S. commanders in the field from “fully and swiftly waging battle against the enemy.”

In Kabul, President Ashraf Ghani said in a statement after the speech that the U.S.-Afghan partnership was stronger than ever. He praised a strategy that he said would enhance Afghan air power, double the size of the country’s Special Forces and deepen NATO’s ability to train, advise and assist Afghan forces.

Abdullah Abdullah, the government’s chief executive, praised the speech as giving a clear message to the region, particularly in calling out Pakistan as a haven for terrorist groups. He said the new policy would benefit both America and Afghanistan.

“There wasn’t such a clear and detailed message as this to the region in the past,” he said. He added: “We hope that no government in the region will lose this chance.”

Washington and Kabul have long accused Pakistan of giving support to the Taliban, sheltering its fighters, and enabling the group to prolong its insurgency for more than a decade and a half since the U.S. invasion in 2001.

But while Trump called on Islamabad to “demonstrate its commitment to civilization, order, and to peace,” he offered few details on how the U.S. would coax Pakistan into cracking down on the militants — something both the George W. Bush and Barack Obama administrations tried but failed to achieve.

“We can assume that it would entail conditioning aid, but in many ways, I was left wanting more,” said Michael Kugelman, a South Asia expert at the Woodrow Wilson International Center for Scholars in Washington. The U.S. has given billions in aid to Pakistan and has withheld cash before to motivate cooperation.

Earlier this summer, Defense Secretary James Mattis informed Congress the U.S. would withhold $50 million in reimbursements to Pakistan’s military because Islamabad had not done enough to fight the Haqqani network, a deadly branch of the Taliban. Mattis’s predecessor, Ash Carter, similarly refused to certify Islamabad’s efforts, leading Congress to withhold $300 million in funding.

Kugelman said much of what Trump sketched out sounded like what his predecessors had tried to do, though perhaps with more muscular language and confidence than Obama. Another significant departure from the Obama administration was a shift away from arbitrary timelines and to a conditions-based approach, which Trump said was at the core of the new strategy.

Army Gen. John Nicholson, commander of the NATO mission in Afghanistan, touted this new approach as signaling to the Afghans a strong and enduring commitment.

It also appears to leave the U.S. involvement open-ended, though Trump said that there are limits to U.S. patience.

Trump did not discuss an expected increase of 4,000 U.S. troops in the country, which Nicholson had asked for and which would bring the total American presence to more than 12,000. But he gave strong indications that U.S. forces would be more aggressive in taking on terrorists in the region.

“I will not say when we are going to attack, but attack we will,” he said. He promised to give the military “the necessary tools and rules of engagement to make this strategy work and work effectively and work quickly.”

Some Afghans feared Trump would call for a complete U.S. withdrawal — which he advocated before being elected — but expressed relief at a continued commitment.

Nowroz Khan 31, a taxi driver in Kabul, said he was worried about the delay in the strategy announcement and feared a withdrawal would plunge Afghanistan into another civil war. “I don’t care if they increase or decrease their troops; the main issue is to keep eliminating the terrorists.”

Sarwar Danish, Afghanistan’s second vice president, said the new strategy would be a positive change for the country and its people and would not leave them alone in their fight against terrorism. “Our allies are beside us same as before.”

Both Nicholson and Ghani called on the Taliban to lay down their arms.

“The strength of our security forces should show the Taliban and others that they cannot win a military victory,” Ghani said. “The objective of peace is paramount.”

But the insurgents responded on Tuesday to Trump’s new strategy by promising that Afghanistan would become “a graveyard for the American empire” if U.S. troops did not withdraw. The group plans to sustain its jihad with “lofty spirits, absolute determination and additional firmness,” the Taliban said in a statement.

“It seems America is not yet ready to end the longest war in its history,” Taliban spokesman Zabihullah Mujahid said. “They still arrogantly believe in their force and might.”

Echoing the president’s claim that Americans are weary of a war without victory, the Taliban said they would “cast further worry into them.”