Afghans have mixed reaction to US election 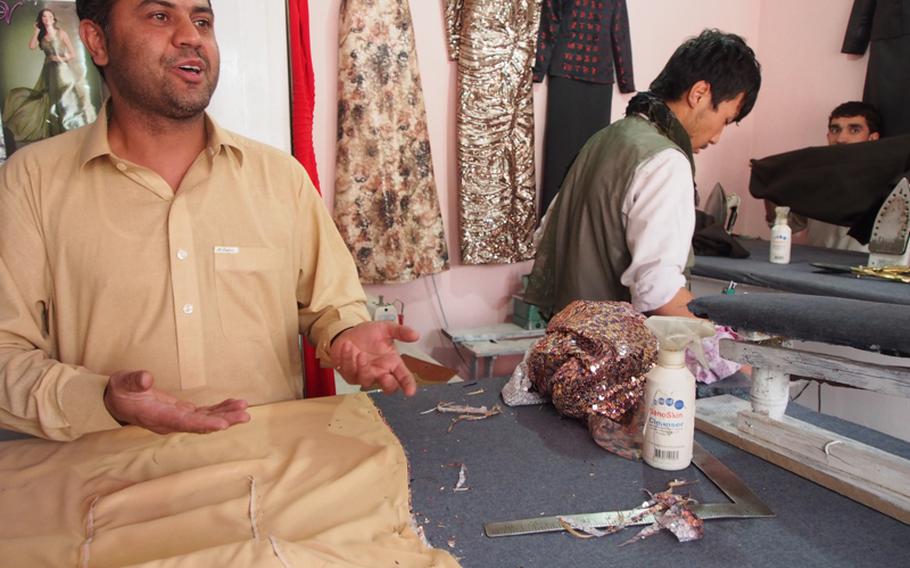 Buy Photo
Abdul Wahid Kareem, a 35-year-old Kabul dress shop owner, wants Obama to focus more on bringing security to Afghanistan, and he worries the Afghan military cannot yet stand on its own. (Heath Druzin/Stars and Stripes)

Buy Photo
Abdul Wahid Kareem, a 35-year-old Kabul dress shop owner, wants Obama to focus more on bringing security to Afghanistan, and he worries the Afghan military cannot yet stand on its own. (Heath Druzin/Stars and Stripes) 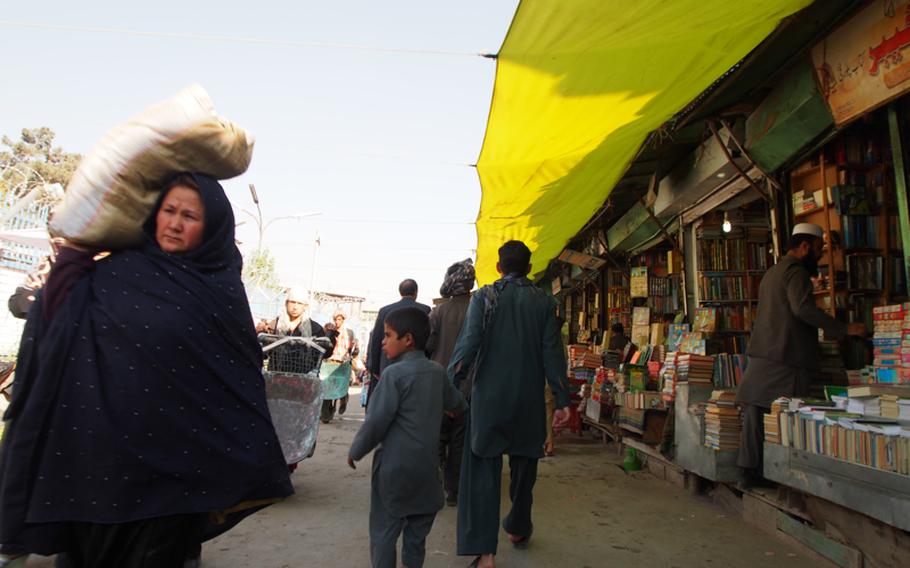 Buy Photo
Afghans shop at a Kabul market the day before the U.S. presidential election. Reaction in Afghanistan to the re-election of Barack Obama was mixed, with many Afghans skeptical of American promises after 11 years of war. (Heath Druzin/Stars and Stripes) 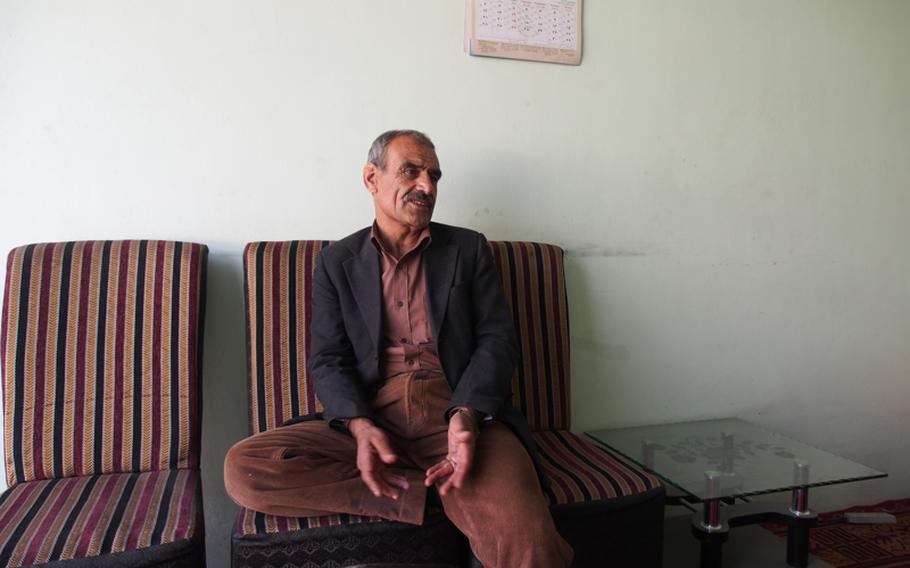 Buy Photo
Waheedullah Rahimi, a 46-year-old real estate agent in Kabul, said he is happy Barack Obama was re-elected but hopes the president focuses more on negotiating a peace deal with the Taliban. (Heath Druzin/Stars and Stripes)

KABUL &mdash; While President Barack Obama praised the military and the sacrifices troops have made in his victory speech early Wednesday, there was one glaring omission: mention of Afghanistan, where 60,000 U.S. troops are still engaged in a war that refuses to end on schedule.

During the campaign, both Obama and Repubican challenger Mitt Romney avoided talking about the messy, unpopular war that the U.S. public has lost interest in, even as troops continue dying.

In his speech, Obama said &ldquo;a decade of war is ending,&rdquo; in reference to the deadline, still more than two years away, for international combat troops to leave Afghanistan. But the war is still a daily reality for both Afghans and the thousands of frontline troops who still see steady fighting in Afghanistan&rsquo;s many contested provinces.

After overseeing the end of the war in Iraq and witnessing the uncertainty that has gripped that country since, Obama now faces the prospect of trying to wind down yet another conflict that is unlikely to offer a clear victory and the probability of a residual American troop presence for years to come.

The U.S. military barred reporters access to deployed troops as they watched returns come in.

The American ambassador to Afghanistan, James Cunningham, released a statement after Obama&rsquo;s victory, saying the U.S. would not abandon Afghanistan.

&ldquo;Americans have sacrificed much, and contributed much, in Afghanistan,&rdquo; the statement said. &ldquo;President Obama is committed to our enduring partnership, our strategic partnership, with the people of Afghanistan.&rdquo;

The office of Afghan President Hamid Karzai, who was traveling in Indonesia on Wednesday, issued a brief statement congratulating Obama on his win.

&ldquo;President Karzai also hopes that with the re-election of President Obama, the bilateral relations between Afghanistan and the United States could further expand on the basis of mutual interests of the two countries,&rdquo; the statement said.

As news of Obama&rsquo;s re-election trickled out to Afghans, reaction was mixed. Some were happy for the continuity, but many were wary of what the president will accomplish for Afghanistan after more than 11 years of international occupation that has yet to bring peace to this beleaguered country.

&ldquo;He should try to focus more on bringing security to our country,&rdquo; said Abdul Wahid Kareem, a 35-year-old dress shop owner in Kabul. &ldquo;We can&rsquo;t do anything on our own for security.&rdquo;

Two big issues Afghans would like to see the president tackle in his second term are development and a peace deal with the Taliban.

&ldquo;If he fulfills the promises he made to Afghans, then it would be great,&rdquo; he said. &ldquo;He said he will bring peace to Afghanistan by 2014.&rdquo;

Abdul Ghafar, 23, a university student in restive Laghman province, said he would have preferred Romney because he may have brought a different strategy to Afghanistan. Romney also had said he would seek a transition of security to Afghan forces by the end of 2014.

&ldquo;If Obama follows the same policy he followed the past four years, I don&rsquo;t think we&rsquo;ll see positive change in this country,&rdquo; he said. &ldquo;Look at my province; there is fighting almost every day.&rdquo;